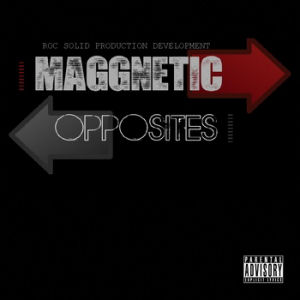 It’s amazing how that degrees of separation thing works. A few years ago, a talented artist friend of mine named Lauren Luna made some custom sneakers for Raekwon and invited me to come along with her as her photographer when she made the drop. Rae came with Capone and the rest of the Ice Water crew. Lauren also customized a pair of Newport-inspired Air Force 1’s for Noreaga, but he was missing in action. In any case, one of the opening acts that night was Greenhouse. I enjoyed their set so much that I did my best to catch up on older material from both Blueprint and Illogic. Months later, I found myself at the release party for Greenhouse’s “Electric Purgatory Pt. 2” and among the acts on the undercard were Rhymesayers’ Toki Wright and Zero Star. From that point, I became a fan of Zero Star and dug up some of his releases for Weightless and more current projects like “The Ink Pen Method” and his latest release, the excellent “Don’t Look Now.” That Zero project was produced by J. Maggz and it was through his appearances on “Don’t Look Now” that I came to know him as an emcee as well.

Originally hailing from Rochester, New York, Maggz moved to Memphis and did his thing there for awhile before setting up shop in Columbus, Ohio. Stepping from behind the boards to rock the mic, “Maggnetic Opposites” is produced entirely by Optix and features cuts by Mista Sinista. After the intro, things get going with “Quiet Down” and “Born Alone, Die Alone.” The former is a proclamation of arrival, making sure that anyone who isn’t Maggz or Optix needs to simply kill that noise right now, while the latter is a gritty reminder that in most cases, we go out the same way we came in, alone. Maggz also examines the importance of spending time alone and how some friends only can be found when something benefits them in some way. “Perfection” is one of two interludes that would have worked well as full tracks, but their inclusion is still appreciated. If you add to the mix the short instrumental interludes at the end of some of the songs (Ã  la Pete Rock, Muggs or the recent “Watch The Throne” album) and you see that these guys are just showing off now. “Got It Covered” and “Reflections” follow, with the latter depicting the rough times in the streets of the 5-8-5 aka Rock City. In addition to the typical inner-city crime and drug infestation, there’s chemicals being dumped in the Genesee River, Kodak is polluting the air and the taxes are sky high. “Gotta Make It” is a by-any-means-necessary approach to success, even if it means kicking down that proverbial door after politely knocking beforehand. “Can’t Stay Here” is all about progressing beyond those barriers that seem to hold us back, as Maggz raps:

“I can’t stay here no more
I feel like the walls is closin’ in
My patience is runnin’ thin
I’m prayin’ for something to give
So I can live less stressed out
On the edge, thinkin’ about steppin’ out
The only thing that keeps me goin’ is the love of my kids
Everybody wantin’ something, I’ve got nothin’ to give
Everyday I go to work, still with nothin’ to spend
Drivin’ the same old whip, only a couple of friends
Tryin’ to see the world right now, I’m stuck in this crevice
Wanna spread my wings and fly, way up to the heavens
Have a talk with my step-dad to teach me a lesson
How to do the right thing, and not be too aggressive
It’s like God keeps testin’ me, I’m tryin’ to find the recipe
I gotta get out this gutter, it got the best of me
Sometimes I just wanna leave here
Get up and go, ’cause where I’m at, I can’t be here”

After one last brief interlude, the project comes to a close with another strong track, “Sharper,” a song about continuing to perfect the craft and never being satisfied. Clocking in at just under twenty-five minutes, “Maggnetic Opposites” doesn’t waste any time with bullshit and should be the right amount of playing time for those with even the shortest attention spans. To me, it feels a bit longer than twenty-five minutes, but that could be due to multiple at-length listens on my end. Maggz and Optix are the perfect duo here as Maggz’ flows feel right at home over Optix’ throwback production. It may have taken a little longer than anticipated for the project to see the light of day, but I’m sure that Zero Star, Greenhouse, Lauren Luna and even Raekwon will agree that it doesn’t disappoint.