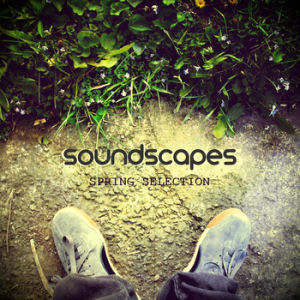 The above piece opens Maggz’ third installment of his instrumental “Soundscapes” series and I would expect to see at least one more edition to make the non-cypher complete. For those who may not be familiar with our faithful audible meteorologist, Maggz, he hails from Rochester, NY but is currently based in Columbus, Ohio. He produced Zero Star’s “Don’t Look Now” in its entirety and I previously reviewed his Optix-produced “Maggnetic Opposites.” Going off of memory alone, this selection of choice crops is the smallest, coming in at five tracks and hovering around fourteen minutes in length.

After the brief introduction, the season begins with “Morning Dew,” a track that sounds like it would be the perfect compliment to an early morning jog through the neighborhood while the streets are relatively empty. The scaling synths and sparse snaps seem to echo the sentiment. “Warm Rain” is more chaotic by comparison, but I don’t mean that in a negative way. It’s just a bit busier with more active kick drums and snares. That moment after the heaviest part of the storm, but before the sun peeks back out is what “Clouds of Mist” seems to embody. Signs of the storm still linger, but it’s evident that better days are on the horizon. By the time we get to “Blooming Sun,” the birds are back out and chirping as the rain begins to drain away and we’re back to the simplicity of the season. The synths are mellow and the drums are back to being sparse and faintly heard. If your skies are clear enough, sometimes you can do a bit of “Evening Star Gazing.” The closing track is drum and synth-intense and the way the synthesized notes seem to come out of nowhere at random makes me think of shooting stars.

As I stated before, I suspect that Maggz will be dropping “Soundscapes: Summer Selection” fairly soon, but for now we can enjoy the sounds of the spring. Historically, it’s not too hot and not too cold, but we’ve had a few scorchers along the way in my neck of the woods. Just like with the other “Soundscapes” editions, I don’t think these tracks were made for emcees to spit their prose over, but rather to simply create the ambiance of the season. Nothing more, nothing less. Mission accomplished. The only thing missing is the allergies, but I doubt anyone is complaining.