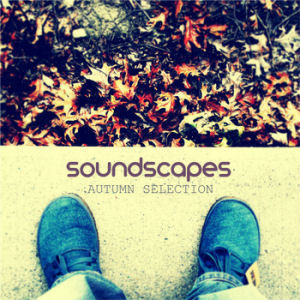 So yeah, I’m a little late on this. But if you had the chance to read my2011 Year In Review, I’ve been going through some stuff…so sue me. Maggz is a native of Rochester, New York but he now makes his home in Columbus, Ohio. A versatile artist, Maggz can hold his own both behind the boards and on the microphone. I first became aware of his production on Zero Star’s “Don’t Look Now” and I took notice of his flow when I reviewed his “Maggnetic Opposites” last year, ironically during the fall. With this project, “Soundscapes: Autumn Selection,” Maggz lets the music do the talking for him. As a matter of fact, the only speech we hear is a bit of a montage from an episode of “Space: Above and Beyond” as Captain Shane Vansen played by Kristen Cloke explains how she falls in love in our most colorful season:

“The light, the colors…it’s as if the Earth were letting you know that Summer is gone. There’s no getting it back. Winter’s coming and there’s nothing you can do to escape it. A lot of people say that they fall in love in the Spring. Not me. I always fall in love in Autumn.”

And thus begins “Autumn Mornings,” the first of six instrumental tracks that draw inspiration from various elements of the autumn season. With titles like “Window Fog,” “Late Sunrise,” “Brown Leaves” and “Early Sunset,” listeners are sure to get the feeling of the season. Typically with an instrumental project, the first inclination of many is to try and spit a quick verse or two over the track, but this collection of songs actually makes me want to chill out and listen or perhaps cruise through the streets. As an example, “Cloudy Afternoon” sounds like it’d be the shit to listen to on a cloudy afternoon, or perhaps that’s the power of suggestion at work. The project only spans about seventeen and a half minutes, but the time is well-spent. With an ambient neo-soul sound to it, “Autumn Selection” will probably get a few spins during every season of the year.