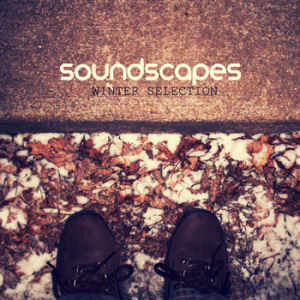 I’m sure Al Gore is somewhere right now polishing his Oscar, looking out his window and thinking to himself “I told you so.” I’m not sure where you stay dear Reader, but in my neck of the woods, this winter season has been fairly mild when compared to others on record. There really haven’t been any major snowstorms or anything and come to think of it, my biggest complaint would probably the early morning temperatures that can be bitter at times and one spell of freezing rain that fell while I was out at a birthday party shooting some photos. I wonder how Maggz feels about it all.

As you may have read in my reviews of Maggz’ “Maggnetic Opposites” and Soundscapes: Autumn Selection,” Maggz hails from Rock City aka Rochester, New York but he currently makes his home in Columbus, Ohio. The last set of instrumentals featured titles that reflected the autumn season like “Brown Leaves” and “Late Sunrise.” This time around, we get tracks like “Cold Mornings,” “Slow Falling Flakes” and “Warm Fireplace.”

After an introductory poem from an unknown (to me) performer, “Winter Selection” gets underway with “Window Frost” and the aforementioned “Cold Mornings.” The majority of the tracks are slow rolling, mellow, sparse productions that only seem to exhibit subtle differences as the project creeps along such as moving up a key, doubling up a snare or incorporating an additional sound effect. Things coast along quite smoothly until we get to “Snowman Iceskates/Bob-sleds” which is certainly the standout here for me. The beat is frantic when compared to the others on the project and may prove to be quite the launching pad for any emcees that may want to have a go at his two minutes and 40 seconds of glory.

“Winter Selection” clocks in at around 22 minutes in length and just like its predecessor, captures the feeling of the season. These sounds could easily be the backdrop for a blustery and cold snow day spent stuck inside the house…but until we cross that slippery ice covered bridge, we can just enjoy the sounds instead.