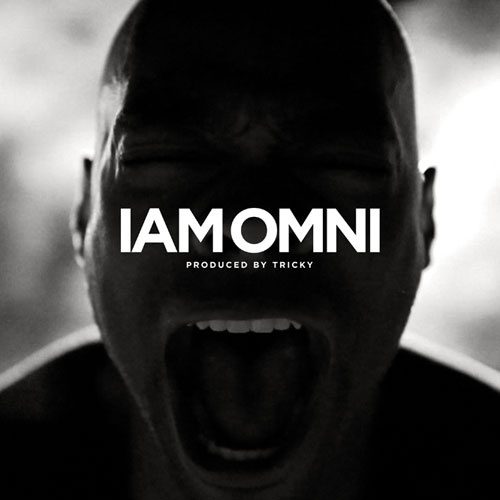 Painting this picture is going to take more than a few brush strokes, so the reader will have to bear with me a moment. It all starts with the formation of the B.L.X. (BassLine Xcursionists) crew in Los Angeles back in the late 1990’s. Like so many California rap collectives, B.L.X. prides itself on being unconventionally artist, challenging the listener to redefine what rap music is and can truly be. Their 2002 album “Sunch Punch” is an under-recognized classic of progressive hip-hop. Among the many talented members of the clique, one of the most easily recognizable is Omni, who has put himself out there as a soloist with albums like “FunkDafied Freddy” and “Batterie.” The artistic and creative output has always been in effect for this Southern Cali rapper, but with an over-abundance of albums in the marketplace and the fair yet limiting label of avant garde he’s in a niche where his career trajectory is more of a slow and steady arc than a rocketship straight to the moon.

.” At least among British music heads and rock magazines like Rolling Stone, Tricky gets written up quite frequently, although sometimes it’s due to controversy or his admittedly ambiguous sexuality. Out of the two it’s fair to say Adrian Nicholas Matthews Thaws is far closer to being a household name, and one must absolutely concede he’s sold way more records than Omni.

Here’s the point – Omni’s new album “IamOMNI” is produced by Tricky start to finish. This is arguably a rebirth in both name and sound, as Omni is now using the name IamOMNI as well. If that seems self-referential and confusing, you’ll understand why I continue to refer to him as just plain Omni throughout this review. Those not familiar with Tricky’s production style won’t have to wait long to get where he’s coming from, as the opener “Diamond Hunter” reflects the signature sound of this short 34 minute CD. It’s a wall of electronic sound, replete with echoing percussive beats and a minimal amount of attention to melody. Calling it spartan would imply it had even SOME clothing on, where Tricky’s music style is as naked as a newborn babe. One might even argue the lack of pretension is in itself pretentious – but forget all that for now and heed Omni’s words:

“I’m from the other side, we don’t run and hide
The hard to find, the kind you don’t wanna undermine
We set the standard, for the new tomorrow
Omni Enterprise, today’s Apollo
I go hard, beyond the hard to fathom
I’m on another channel, I won’t be overshadowed
I’ll lead you into battle, guided by the dharma
And take your mind further, than you ever thought of!”

Tiki Lewis sings the hook between verses, but the “style redefined/with a little bit of time” that can “liberate your mind” is entirely owed to Omni’s vocals and Tricky’s beats. The key though is those beats, which is why Tricky continues to be one of the most aptly named artists in music today. Sometimes he opts for something closer to a traditional hip-hop beat and bassline on a song like “All Over,” other times he hints at a more industrial sound closer to Nine Inch Nails on tracks like “Animal” and “Give Me the Go,” the latter adding a dub step tribal drum soundscape. Omni himself goes left of hip-hop with his flows on songs like “Black & Gold,” one again featuring Tiki Lewis singing, with a lyrical delivery that’s far more beat poetry than it is to the beat.

As someone who appreciates when artists are willing to take chances, willing to collaborate across genres, willing to try new things and new sounds whether they succeed or fail, Omni’s “IamOMNI” works for me. I’m inherently aware of the audience I’m writing for though, and that makes me realize that for an already somewhat obscure rapper, Omni might just have pushed the envelope farther than anyone wants to go. The best assessment I can offer you is that if Gangsta Pat is your favorite emcee, don’t even bother; if Guru is your favorite rapper, this might work for you; if Gift of Gab is your favorite lyricist, there’s a very strong chance you’ll appreciate this. Omni is great with or without Tricky’s production, but with it he is definitely “IamOMNI,” something we haven’t heard before and won’t hear from anybody else in rap for a while.