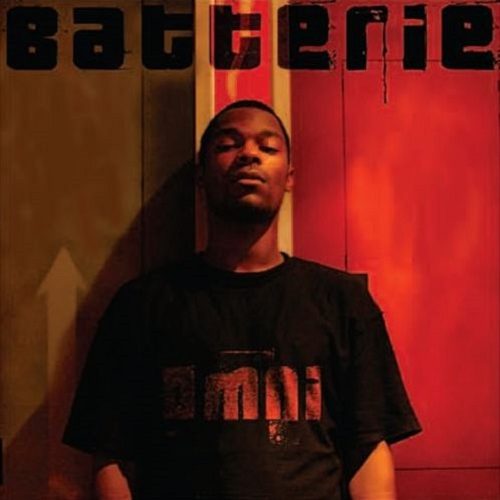 Omni’s latest, “Batterie,” has somehow managed to create a type of aural bridge between Southern California and the rest of the world. Maybe it’s the oscillation between his early Aceyalone-esque flow and the tough-as-nails raps brought by some of Oz’s finest. Maybe it’s the Living Legends style production matched with shoutouts to such disparate locales as Africa, Dublin, Brazil, Moscow, Tokyo and Lebanon. Or maybe it’s the title, an allusion to the French, roughly meaning “the beat of a drum.”

Either way, “Batterie” should be seen as a record about the unification of not a hip hop nation, but a hip hop world. There is little emphasis on local groups and hoods, but instead on entire cities and countries. It’s positive, uplifting, emotional and catchy as hell.

The schizophrenic opener finds Omni speaking the word “Batterie” or “beat” at every two bars and showcasing his breakneck rapping potential. Only after the listener gets past these verbal acrobatics can they get into the real meat of the album, commencing with “We Are All We Have.” Sandwiched between appeals to different parts of the globe to “put [their] candle in the air,” Omni states that in the face of “urban warfare, disease,” “only we can change the world.” The ambiguity of this “we” is obvious, though by the placement of such lyricism on a hip hop record Omni implies this nebulous “we” refers to the continuously unifying hip hop world.

“My Culture” shows Omni continuing this hip hop unification theme and vividly describing his dedication to that world over a bass-heavy pseudo-dance beat. Some of the best lyrics that could ever be heard in the club occur in this track:

“I rap for the world, in my eyes we’re all equal
I’m cool with everybody, but I love my people
They need me alive, my will to survive is high
If you take a look deep inside my eyes
You’ll find the sound of a thousand drums beating at once
With the hunger of a man who hasn’t eaten for months
[…]
Walk with me as we march through the dark to the beacon of light
Promise to never let you out my sight, it’s gonna be alright”

Damn. If that doesn’t get you to stop picking up whatever major label drivel is occupying the Billboard Hot 100, I don’t know what will.

The hard-hitting Company Flow meets Project Blowed sound on “Crazy In Love” finds its converse in “Be Careful.” Omni trades in his cynicism and veiled scorn regarding emotional opportunism and unfaithfulness in the former for legitimate concern and sorrow concerning wasted potential in the latter.

Not to dampen the mood of the album, Omni breaks out my second pick for best single (after “We Are All We Have”) with “Calm Yourself.” The recipe for production? Think healthy doses of the sexy vocals of Portishead and the driving intensity of the first fight scene from the Second Matrix. Toss in an ever-heightening, simply sampled violin and a dash of opera influence. Then top off with Omni’s clever, non-stop microphone proficiency and a gritty, Aussy Medusa in the form of Porsah Laine and there you have it. Hip hop deliciousness never tasted so good.

By the time we’ve gotten to the down-tempo “Golden,” Omni doesn’t really need Aceyalone’s guest vocals, though news of his appearance logically figures prominently on the promotional material. Telling the two apart becomes a difficult task, but possible when one realizes Omni is the lower-sounding, more relaxed one. It’s eerie how well this song bears out my earlier comparison between Omni and Aceyalone.

“Boost,” the album closer, details Omni’s affinity for travel and its requisite scene changes. Against the chant of “here we go again, I been travellin” Omni rides the up-tempo wave, saying:

“Ever since a youngster, I was never known to sit still
In my course of life I make a pit stop to switch wheels
[…]
Driftin through shades of gray, livin for the moment
I’ll be walkin down the street not even knowin where I’m goin
I’m a dog in the rain I broke the chain on the fence
Hopped the gate and I never been the same ever since”

“Batterie” is an interesting record. Its appeals for global unity and its consistent Southern California Underground sound make it one of the better albums I’ve listened to in the last few months. I never thought I’d hear that relaxed, electro boom-bap infused with Flamenco (“Bang The Drum”), violin (“Calm Yourself”), and guitar (“Gully Rocks”) influences. Omni’s cadence, flow, and delivery come correct, while his content varies between emotional to uplifting to clever. For fans of the Project Blowed camp to the Living Legends crew to Freestyle Fellowship to even Binary Star, you won’t be disappointed.