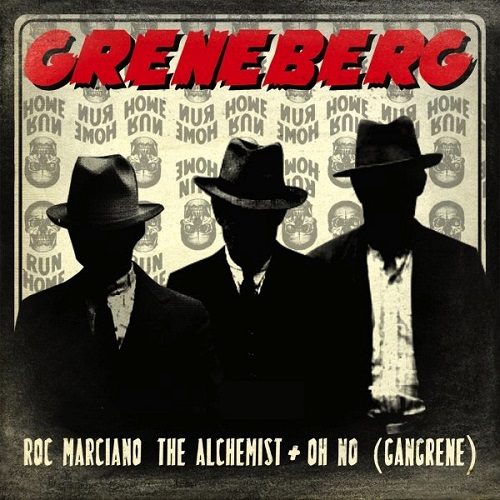 I downloaded “Greneberg” as penitence for sleeping on two of the better-reviewed albums of 2010: Roc Marciano’s “Marcberg,” and Gangrene’s “Gutter Water.” Roc Marciano is a former Flipmode member whose self-produced album of street anthems received praise from critics. “Gutter Water” was a collaboration between producers Oh No and the Alchemist that also got its share of praise. Neither managed to find their way onto my stereo, although I had intended on buying both of them. When I saw they were collaborating as Greneberg, I took it as an opportunity to see what I was missing out on.

The album starts off with the Roc Marciano-produced “Mamma Told Me,” with Roc flossing over blaring horns and keys. Roc is both street and lyrical, rapping in short couplets with lines like “you ain’t tough/hang it up like a Basquiat.” The comparison that comes to mind for Roc is a more gutter Jay-Z. Roc has the same casual braggadocio, effortless flow, and quick puns and one-liners as Jay, but is more steeped in street life. Jay-Z has learned to put that life behind him; Roc, not so much.

Production is split between the Roc, Oh No, and the Alchemist, and is solid throughout. The Alchemist handles production on “Hoard 90,” laying down a guitar sample for Roc to spit “You got a Haagen-Dazs heart/This is modern art/A star could run you a body part.”

Gangrene provide ominous horns on “Jet Luggage,” the Alchemist flips soul on “Papercuts” and “Sewer Gravy,” and Oh No piles samples on top of each other for the swelling “New Shit.” The digital download features the bonus track “Jaws,” also produced by Oh No. There’s not a wack beat among them.

Roc does the production right, spitting tale after tale of the good side of the bad life. Hearing him brag about the private jets, expensive cars, and hot women that come with his lifestyle almost makes it sound worth the stress, drama, and high risk of incarceration and/or death that come with the territory. He doesn’t offer any revelations, and it is subject matter that has been covered a thousand times before. Roc does it well, though, and has enough skill as an MC to make up for the lack of originality in his material.

“Greneberg” offers seven tracks of well-told street rhymes with solid production. This is one EP you shouldn’t sleep on.