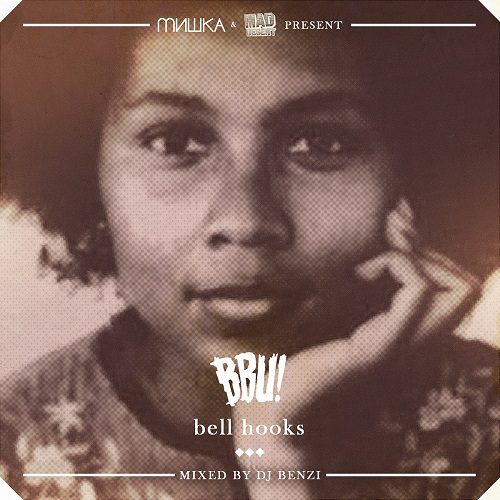 “bell hooks” sets up expectations which are unavoidable based on its title, and whether or not you know the author it’s named after we have to address them. hooks (born Gloria Jean Watkins) is one of the leading authors, poets and activists of the last 35 years. She has written extensively on issues of gender and race inequality, has been branded both a neo-feminist and a rabble rouser, but most importantly she’s known for stating her opinions and ideas with a lack of regard for the people or organizations they might attack. “Fearless” may be the word that sums her up best. To name an album after her is to imply an equally fearless experience – fiercely independent, intellectual and insightful. Songs like “The Hood” featuring GLC live up to this premise:

“They look down on me, cause the way I talk
And my vocabulary probably outline ’em in chalk
I’m still grammatical – words acrobatical
Toss ’em like a lateral, the damage is collateral
Put emcees on sabbatical; damn I’m as bad as them
’89 Pistons, I’m on a higher mission
Maybe if you listen, you can find some things in yo’ life that’s missin
We are all born into circumstances pre-existing
Some with the silver spoon, others straight into a tomb
Some will make it, but most will be consumed
by this fast food, test tube, pill-popping bottle
Make it rain on princess dancing for change
This shit is strange, and I’m the one they don’t understand
This shit’s insane! And they wonder why I talk like I do? Maaan
Just look at you maaaan… just look at you”

Far from a preachy collegiate lecture though, “The Hood” is a swinging and bumping hip-hop romp thanks to a beat by the aptly named Classick. It’s so catchy that it’s hard to get out of your head once you hear it. That’s something that more than a few of the songs on the hour long “bell hooks” have in common. I’d like to start by saluting Tony Baines, whose infectious guitar lick samples in “Jumpers” make me want to play it over and over again. He’s also got an oddball futuristic style on “Kurt De La Rocha,” which sounds like Seattle grunge meets folk pop meets hip-hop – and whether or not you believe it THAT WORKS. Montana Macks is also fresh on these tracks, from the cinema inspired “There’s Something About Mary” to the vibrant and vibrating “Cormega” which only disappoints me by not having a cameo from that New York rapper. Tapez only gets one track to shine, but “Tommy Bunz” laughs its way to dopeness.

“I used to only rap on that conscious tip
You know that modest rip, keepin it honest shit
That Black Thought, Mos Def, Common tip
‘Til I figured nuttin ’bout me makes +Common Sense+
On the five, see a side, couldn’t find the prints
Social misfit who watch, won’t you listen to Prince?
Dubbed +Stairway to Heaven+, even went to see Phish
Abstract in a sense, or I’m just honest”

“I’m just honest.” That sounds exactly like what bell hooks would say about herself. Though the title led me to believe BBU might not live up to the scholarly heights of his namesake, after listening to the album I believe she was both a worthy inspiration and worth BBU naming this album after. He does not do her a disservice here. Though his career is only just starting out and hers has been decades in the making, I expect this is as promising a start as “And There We Wept” was, and that there’s more to come from this Chicagoan.