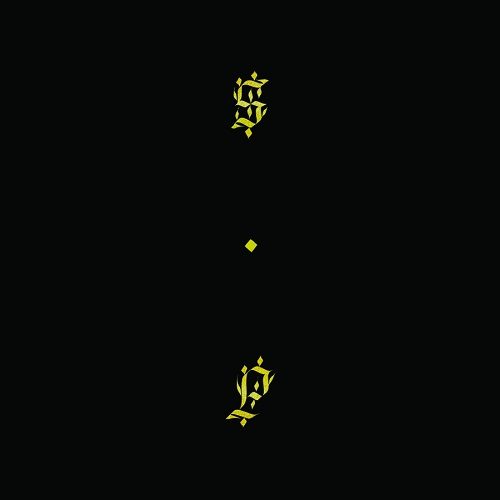 Shabazz Palaces came out of nowhere two years ago shrouded in mystery. They released two solid EPs, and generated buzz in their hometown Seattle with their live act, no small feat considering it’s basically two dudes fiddling with a laptop. Finally it came out that the man behind Shabazz Palaces was Ishmael Butler, aka Butterfly from 90s jazz rap group Digable Planets. Evidently F. Scott Fitzgerald didn’t know what the hell he was talking about when he said “There are no second acts in American lives.”

I wrote a glowing review of one of Shabazz Palaces EPs. It was an excellent album that pushed hip-hop in interesting directions. “Black Up” came out last March and improved upon the template that Butler had laid down with their EPs.

The album is produced by Shabazz Palaces, and it is blunted out and claustrophobic. Everything is soaked in a warm, throbbing bass, with tinges of melodies and an undercurrent of menace throughout. It’s not totally unlike the Digible Planets’ second album, but takes the dark funk of “Blowout Comb” and feeds it through an electronic processor, giving it a contemporary sound.

The songs all have long obscure titles like “Swerve…the Reaping of All That Is Worthwhile.” The lyrics are equal parts cryptic and sinister with Butler offering coded takes on the current political situation, the state of the record industry, and African-American life in the 21st century. It’s hard to tell what exactly Butler is talking about, but you know that there are layers upon layers to unravel musically, lyrically, and sonically.

The album starts slowly with “Free Press Curl.” Ish paints a post-apocolyptic future where MCs battle with beats rather than guns:

“I lost the best beat that I had
Now my heart just smash and dash
War inside I catch a cab
It pouring out, I’m to the left
These robots grant us internet
Program racist sequences
Don’t compare my beat with his
He ain’t from these streets, he’s slid”

“An Echo From the Hosts That Profess Infinitum” uses ghostly children voices as a backdrop as Butler raps “Ideas in decline/Rise of the lost/Hey here we stand/Slaves to network’s master plan.” It’s like something Philip K. Dick might have come up with had he been African-American.

Are You…Can You…Were You? (Felt).” rides the hint of a piano melody, building until the 2:40 mark, when it shifts tempo and melody. Butler raps:

“At a tender age
We learn to turn the page
To mind the screen and stage
To see who got the glaze
To hustle up or fade
Either get made or played
Find your spot in the shade
And nigga, get paid
So we internalize that
But then we customize that
By the relationship between where our ground and our sky’s at
I slowed it down once
Everyone was going fast
So I sped up cause I ain’t one to reach the end last
To where the grimy sparkles
Amongst the shiny talkers
The pistol-poppers that make pretty noise and get them dollars
And while the world watches
We send our street scholars
To bust some presidents in hundred-thousand-dollar watches
Some of the feds got us
Some of us dead ‘lotta us
Still solid though using all the lips the streets taught us
And what that heat cost us
And what that loss gave us”

THEESatisfaction’s Cat Satisfaction lends her voice to “Endeavors for Never” and “Recollections of the Wraith,” while Thee Stasia drops bars on album closer “Swerve…the Reaping of All That Is Worthwhile (Noir Not Withstanding).” Those female voices add a nice soulfulness further humanizing what could have been a pretty stark record.

“Black Up can’t be understood as simply a hip-hop album, although it does contain MCs rapping over beats. The songs aren’t as immediate or hook-based as most hip-hop is, and the production isn’t farmed out to a group of mercenary beatmakers. Instead, it’s all handled in-house, which gives the album a strong sonic identity and cohesiveness. Despite the fact that it is divided into 10 tracks, the album is really one 36-minute long composition, with each track bleeding into one another, and songs changing scope midway through.

Shabazz Palaces created an album that is deep, dense, cryptic, hypnotic, and beautiful in its own freaky way. It builds off of the 70s soul and jazz that inspired Butler’s earlier work while delving into contemporary electronic music. The end result is a little Coltrane, a little Flying Lotus, and a little 90s bohemian jazz rap. Shabazz Palaces blow the doors off of what hip-hop can be, and have created a unique listening experience.