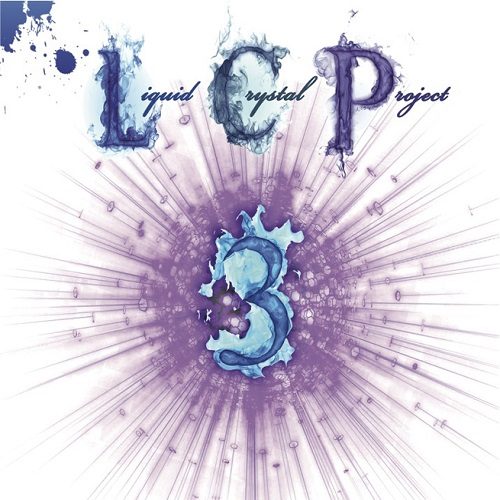 “Planet, Earth, was my place of birth
Born to be the soul controller, of the universe”

One of my all-time favorite songs, from one of my all-time favorite rappers, on one of my all-time favorite rap albums. And here we are, almost 20 years and change later, and it’s clear somebody is just as nostalgic for “In the Ghetto” as I am – and that would be acclaimed hip-hop producer J Rawls. He’s on some Jazz-Hop shit these days, and I added the capitalization to emphasize what “LCP 3” is not. See, this is not hip-hop. Rakim isn’t going to bust a rhyme on “Ghetto,” but you wouldn’t be surprised if he did. You’d think you were listening to a jazzified remix of a hip-hop classic, and in some respects that’s exactly what it is – sans vocals.

I’m getting ahead of myself though, so let me take you on a journey out of triple stage darkness into the light. Rawls conceived of The Liquid Crystal Project as a way to move further beyond what either hip-hop or jazz is, two arts that he very much loves and respects, which in turn have had a mostly respectful but occasionally contentious relationship with each other. Artists like the late great Keith Elam have always tried to bring them closer together, while artists like the cranky bastard Wynton Marsalis have always tried to push them further apart. LCP doesn’t have to worry about declaring allegiance to either camp, because it’s something outside of both. That leaves both the listener and the label searching, searching, searching for new definitions. Some might call this Neo-Soul. Some might call it Fusion Jazz. I think K-Murdock might even call it Progressive. I like the term Jazz-Hop though, because it embodies what the founding elements of the sound are, yet both adds something to jazz it doesn’t normally have and changes the definition of hip-hop in a way that frees it from the construction of being Rap.

This album, much like this review, is an exercise in a stream of freestyle consciousness. At times you’ll find yourself reminiscing back to a misspent youth drinking, fucking, getting in trouble and jamming to your favorite rap albums. Some songs openly admit that’s their purpose by their title – “A Tribute to De La” and “A Tribute to Tribe” are obvious in their purpose. It’s like butter, it’s like butter baby. Not no Parkay, not no margarine, strictly butter. Yet these songs tell stories without words. You don’t need to know who Alfred Saupe and Wilhelm Maier are to appreciate “The Maier-Saupe Theory,” and in fact you don’t even need to know the title. It’s improvisational and sensational. There’s an underlying beat and structure to it, but it moves and flows freely and organically from one sound to the next. It whistles, it flows, it stretches and grows. It is Jazz-Hop.

Now even though J Rawls is the architect and you have to respect that, this is not a one man jazz band. He gets a lot of help from his friends, like producer B Jazz, trumpet player extraordinaire Pharez Whitted, and others along the way. The entire 57:35 is a truly pleasurable experience, both relaxing and invigorating at the same time, so it’s hard to single out single experiences since none of these would singly work as radio singles anyway. I appreciate the brassy mellow bop of “Jazzy Bobby” though, the light and airy “Tribute to JC,” and “The Equinox” sounds like a slice of the future of music that was preserved under glass and brought back to the present day. These sounds breathe life, even though a lot of them have artificial or synthesizer created constructs. Contradictory? Not at all if you’re J Rawls. This crystal definitely has a cutting edge.