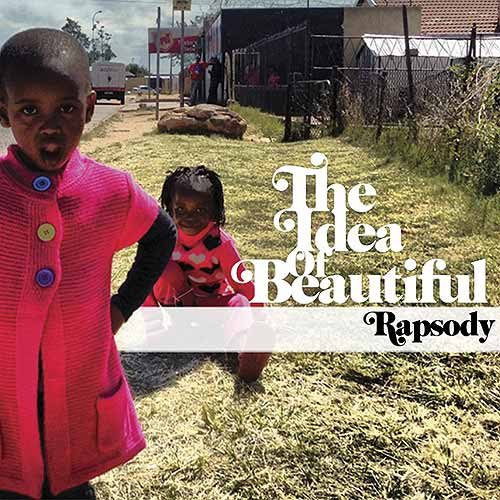 Last year, North Carolina emcee Rapsody made some noise with her breakthrough mixtape, “Thank H.E.R. Now.” Today she continues her rise as one of hip-hop’s most promising up-and-comers with her debut album, “The Idea of Beautiful

“. After speaking with her briefly over the phone, I became even more impressed with her and her music. She raps with such a genuine love for hip-hop, and that passion also came out when we got to chat about her new record. It was really refreshing to speak with a rapper who is not at all cynical or jaded by the music industry, but rather extremely excited and happy to be working with extremely talented artists and making phenomenal hip-hop music. We got a chance to discuss the pressures of making a great debut album and living up to the high standards of being 9th Wonder’s protégé, as well as what it was like to hear a legend give her a huge co-sign, via an impromptu freestyle.

Zach Gase: Working with 9th Wonder has obviously had a great impact on your career, but do you ever feel like your work as an emcee gets over shadowed by his presence?

Rapsody: I’ve never had that feeling with 9th. He’s been doing it so long, and he’s accomplished so much, it gives me something to work towards. And to have somebody there just to give me advice along the way, I’m really thankful for it. I just look at him, and I know his story and how he did and what he had to go through to get it. I don’t feel overshadowed by his presence; I welcome it all the time. He teaches me so, so much. I couldn’t have come this far in this period of time without his help.

ZG: In what way is your debut album “The Idea of Beautiful

” different than your previous mixtapes?

R: Most importantly I think people will notice the growth, especially in song making. With the mixtapes, you saw me kind of trying things, different sounds and different concepts. A lot of it was just being lyrical, like let me know show you I can rap. Being a female in this industry, especially a female rapper, you kind of have to work a hundred times harder than the guys just to get the respect.

So firstly I wanted people to know I can rap. I’m not just a female emcee, I’m an emcee, straight up. And with “The Idea of Beautiful

” I wanted to get more into song making, like creating a song and connecting with people on a more emotional level. Just really touching people with that emotion, and being lyrical at the same time. But not so lyrical where people don’t get what you’re saying, or they got to think so hard. So that was one of the things I wanted to do with this record. And also really found my sound.

I really think I found it with this record, we built it around Nomsa Mazwai. She’s an artist from South Africa that 9th came across when he and Phonte went touring in April. He brought this record back and we were listening to it in the studio, and I was like “wow that sound is crazy!” We were both thinking the same thing, like this is the sound for the album. And it really shaped me, and now I have something to build off of for the next one.

ZG: On the track listing it says that Nomsa Mazwai is featured on several of the songs, but they sound like they’re samples. Is she actually singing on the record, or is her voice being sampled?

R: Yeah they’re all samples, but she’s such an influential part, she’s still in my eyes featured because that is her singing on it. We sampled it though. I talked to her a few times, I’ll probably meet her the next time I’m in New York. She’s an incredible artist and I wanted people to know who she was. She makes dope music.

ZG: Recently a lot of newer rappers have been releasing a lot of great mixtapes before their debut albums, and their albums seem to not be able to top their earlier work. Did you feel any sort of pressure to top mixtapes like “Thank H.E.R. Now” and “For Everything?”

R: Yeah, at first. I try to do that with every project I’m working on. When I was working on “Thank H.E.R. Now” I wanted to be better, just growing as an artist. I see how I’ve grown as an artist. When we started rolling, and we found the sound, I didn’t even think about anything else. I think this is undeniably one of my best projects. I’m just happy to put it out in the world and see what the people think.

ZG: So where did the title “The Idea of Beautiful

R: We came up with a couple of titles. We called it “The Rap World” and a couple others. And I was like, I don’t think that really says much about what I’m trying to do. I was walking through Wal Mart; it was really late. I’m a book nerd, so I stopped in the book section and I was just looking at books. I opened one book and on the second page it said dedicated to such and such, my idea of beautiful. And I kept looking at it on paper, and I was like, that’s it! That’s the name of my record. What 9th told me was, “what people like about you so much is that you show people the beauty of hip-hop.” And I really wanted to tie that in.

ZG: One of the major themes I got from listening to the new album is your passion for hip-hop music and culture. Was that a conscious thing, or was that more of something that kind of just happened?

“The Drums” might be another one you’re talking about. That’s definitely hip-hop. Sometimes it’s conscious, sometimes it’s not. Most of the time, I just sit down and write. I really have a love for the culture, and like you said, it comes out in the music.

ZG: One of my favorite tracks on the new album is “Destiny” where you talk about wanting to rap for Jay-Z. With 9th and Jay having collabed in the past, do you think Jay will ever hear that song?

ZG: You think maybe, 9th will give Jay-Z a copy of your album?

R: {*laughs*} If 9th could, he would. Him and Jay definitely have a very good relationship. But I don’t know. I hope so. I mean if they’re in the same place where 9th is able to, I think he definitely would be like, “here man, listen to this.” But Jay’s always on the move, and he and 9th cross paths every now and then. I know Young Guru has my music, he was talking to 9th the other day and told him he loved it. I hope he gets to hear it, whether it be through 9th, Guru or whoever, that would be dope.

ZG: On the album you also have an interlude where Buckshot freestyles about you. What was that like, hearing an underground legend give you props like that?

R: {*laughs*} Man it was nuts. He was in town because he and 9th were working on “The Solution.” We were just in the control room chilling, and he stepped in the booth out of the blue, like “9th, man I want to say something, put something on.” And I’m thinking he’s going to do something for “The Solution,” I had no idea.

He put the beat on and started recording, and (Buckshot) started rapping and I’m like stuck on stupid. My mouth was probably wide open, I was like “yo, this is nuts!” For someone like Buckshot, who’s like a legend, let’s be honest, to want to do that for me, I don’t even have words for it. It’s very, very humbling to get that nod from someone like him, so I’m just speechless man. It meant a lot though. When he came out the booth, I didn’t know what to say. I just kept saying “thank you” over and over, and I gave him a hug. That’s the big brother. That was a crazy moment for me.