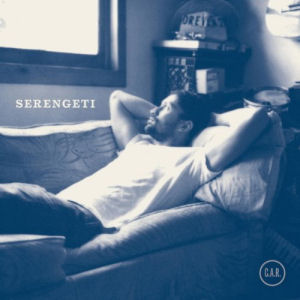 Try and imagine listening to a completely unique artist, with no expectations and knowing nothing about his before hand. The first time you heard a rapper like MF Doom, you probably heard about how brilliant, albeit off kilter he was. Being an eccentric rapper is a bit of a double-edged sword. My first interaction with Serengeti came a little over a year ago when I was assigned to review his album “Family & Friends.” Having never heard of him prior to covering his album, I was took for quite a surprise when I heard his deadpan delivery and unique flows. I commended him for his acute attention to detail and loved the production, but ultimately I deemed the album a less-than-average piece of work from a rapper who didn’t fully grasp the technical aspects of a professional emcee. A year later I am still listening to “Family and Friends” and am constantly checking for new Serengeti projects. I would like to take this time to admit I was wrong, but in my defense Serengeti is the type of artist that you’re probably going to have to listen to for more than a week to fully understand what he’s all about.

Geti’s latest album, “C.A.R.” is his third project of 2012, following “Break & Claw” (with indie rock hero, Sufjan Stevens and Son Lox) and “Kenny Dennis EP.” But “C.A.R.” is the true follow up to his excellent 2011 “Family & Friends,” and features production from Odd Nosdam and Jel. “C.A.R.” is packed with very dark subject matter, and bizarre stories that only Serengeti can come up. “Peekaboo” is the story of Geti being voyeuristic at a young age taking pictures of his neighbor, and eventually getting beat up by her older brother for doing so. While Serengeti may not have the strongest flow (again, think of MF Doom’s delivery), he more than compensates with his phenomenal attention to detail and imagery in his lyics. “Go Dancin” is one of the album’s finest tracks, not only because of the dark, but upbeat track, which perfectly complement’s Serengeti’s subject matter, but his ability to convey such a heartbreaking story of trying to salvage a dying relationship.

Geti opens and closes “C.A.R.” with songs that are essentially spoken word poems, but that doesn’t take away from their brilliance. The only major flaw on “C.A.R.” would be the puzzling (yes, puzzling even for Serengeti) Yoni Wolf-assisted, “Geti Life,” which aside from the amusing couplet “Geti life, laying next to the sweaty wife” doesn’t have much to offer. “Amnesia” and “Nice” are a few other stand outs, and in terms of production, are two of the finer moments on “C.A.R.” as they combine traditional hip hop elements and mix them with Geti’s classic quirkiness.

Serengeti certainly isn’t for everyone, but rather appears to a niche audience. Any fans of mainstream hip hop, probably wouldn’t touch this with a 20 foot pole. But fans of Def Jux, Anticon, even some Rhymesayers will definitely see the appeal of Geti’s lyricism and storytelling.