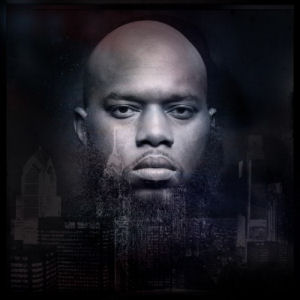 Freeway :: Diamond in the Ruff

It’s a cold winter, and Freezer’s got you bundled up. Just as he once transferred his legendary ambition from the street corner to the recording studio, he’s parlayed his Roc-A-Fella run to a productive independent career, lending his verses to tracks from the whole spectrum of the underground’s best and brightest. In a sense, “Diamond in the Ruff” brings one of rap’s most captivating voices full circle, reuniting him with both Just Blaze and Bink!, two producers from his 2003 debut “Philadelphia Freeway,” as well as Jake One, with whom he recorded an entire record, 2010’s “The Stimulus Package.” A decade in the spotlight has dulled neither his inimitable delivery nor his insatiable hunger to make ends meet no matter the cost, and his shouts of “EARLY!” and recollections of hustling ’til the sun come up permeate “Diamond in the Ruff”:

“I’m a money addict, always go’n have it
Y’all can’t have it like Trix teasin’ the rabbit
Attention all rappers don’t you dare bring static
I’ll pull down the arm and hammer, squeeze the semiautomatic
Better bounce while you can before they whisk you away
You can try all you want but you won’t gain cabbage
You’ll just gain embarrassment, the ending go’n be tragic”

Freeway’s albums tend to open with soulful, ethereal gems welcoming the listener into his world, and the Marsha Ambrosius-aided “Right Back” joins the ranks of “Free” and “This Can’t Be Real” as a smooth, contemplative winner. His coarse verses are also abetted by songstresses on the piano-laden “Wonder Tape” featuring Suzann Christine, “Greatness” with Vivian Green, the eerie, ambitious “Sweet Temptations” with Nikki Jean, and the lively “All the Hoods” with Miss Daja Thomas and Alonda Rich. The R&B-tinged collaborations infuse the record with a tasteful maturity, but they hardly blunt the force of his emphatic delivery. Freeway’s is a singular presence that still makes me want to drop everything I’m doing just to process his every utterance, with creative rhyme schemes and an energy such that one can’t help but feel his desperation and appreciate his hustle. One of the most purely powerful rappers you’ll come across, his passion is infectious to the point that I’m pretty sure he could be invoking his listeners to floss their teeth and I’d still find it convincing. The vigor is never in short supply, from Jake One’s “The Thirst” and the show-stopping Musiq Soulchild duet “Dream Big” to the furious “Jungle” and brilliantly-executed “Money Is My Medicine.”

Still, there is a point where the listener looks for a rapper of such immense talent to do more than endlessly rehash “What We Do,” and the album sorely lacks the poignancy of past glories “Hear the Song,” “Alright,” or “When They Remember,” with Free opting to instead remain in grind mode for the album’s duration. “No Doubt” and “Early” boast highly impressive performances but are hampered by their faux-simplistic beats, and as much as I hate to fault a man for his loyalty, the only rappers who should still be collaborating with Young Gunz are Young Gunz.

There’s far more good here than bad, but there’s definitely a sense of familiarity to “Diamond in the Ruff.” While his technique and charisma place him among the greats, his words lack the multiplicity and transcendence of not only a Jay, Pac, or Nas, but even regional favorites such as Jada and AZ. Still, his execution and consistency deserve nothing but the highest praise, and while I’m still awaiting the record where Freeway fulfills his massive potential, “Diamond in the Ruff” is a worthy addition to a catalog that includes a few of my very favorite records of the last decade.