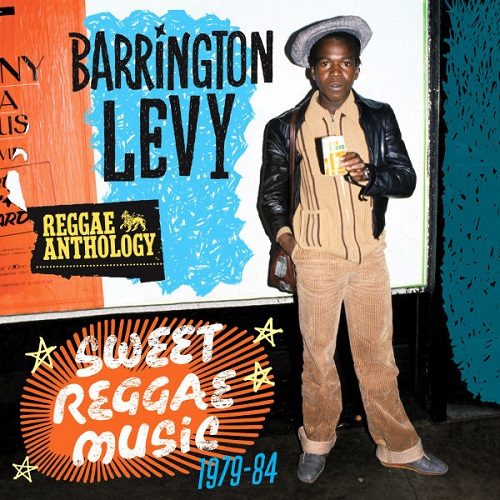 Levy was discovered as a fourteen-year-old by producers Junjo Lawes and Hyman Wright. He was prolific in the eighties, releasing 14 albums in the five year span that this album covers, on top of numerous singles. This two-disc set collects forty songs that he released between 1979 and 1984.

Levy’s voice is similar to Horace Andy, but a little deeper. It is soulful, jubilant, and equally adept at singing love songs and roots songs. Disc One contains his work from 1979-1980, during which he released four albums. Almost all of the songs were produced by Lawes with the Roots Radics, which lends a sameness to the sound. Several of the songs sound like versions of the same backing track. Highlights on the first disc include the opening ode to weed “Collie Weed,” Levy’s take on the Horace Andy hit “Skylarking,” and the soulful “Sister Carol” from his “English Man” album. The songs are richly produced, with the Radics at the top of their game. Disc One ends with “Black Head Chicken,” in which Levy sings over a dub riddim that gives him plenty of space to sing.

Disc Two contains recordings from 1980 to 1984. The dub riddims return on “My Woman,” which is held in place by a rumbling bass line. “21 Girl Salute” sounds like a modern throwback to the rocksteady era, and its lightness in no way keeps it from being a great song. As the eighties progressed, the production Levy sang over veered more towards the stripped-down dancehall sound that was taking Jamaica by storm. American hip-hop was influencing Jamaican music, and the result was music that put more emphasis on drums and bass. Levy repurposed some of the same riddims being chatted over in sound systems, singing his simple but effective love songs over them.

The dancehall influence is even more apparent on his monster hit “Here I Come.” It features a drum machine and Levy is adding vocal tics that artists like Eek-A-Mouse made popular. “Here I Come” also has a ferocity that wasn’t apparent in Levy’s earlier hits. The album ends with “Under Me Sensei,” which features Levy singing over a reworking of the “African Beat” riddim and referencing Wayne Smith’s “Under Me Sleng Teng. The latter two songs were produced by Jah Screw, who helped Levy revitalize his career.

“Sweet Reggae Music” was my introduction to Barrington Levy, barring a few singles I’ve heard here and there. I didn’t find Levy as vital or essential a singer as Sugar Minott or Horace Andy. Given that most of these songs were recorded by the same producer, they started to blend together and sound the same to me. Even with those criticisms, I found this to be an impressive collection. There’s not a single bad track here, and Levy’s voice and the music are consistently good. If you are looking for some feel-good classic reggae to help warm you up during this cold winter, Barrington Levy’s “Sweet Reggae Music” is perfect album for it. As with the rest of the albums in the Reggae Anthology series, this is worth picking up for anyone who is a fan of reggae and wants to dig deeper into its history.