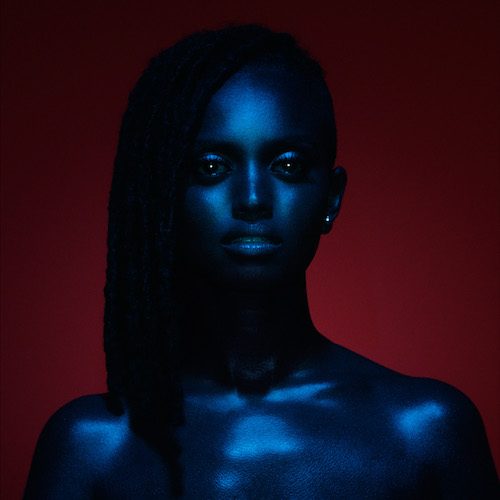 Kelela Mizanekristos started as a jazz vocalist before doing stints in indie rock and progressive metal (!) groups. She ended up hooking up with the Fade to Mind label/DJ collective, and releasing a the mixtape “Cut 4 Me” in 2013. “Hallucinogen” was released at the end of 2015.

The producers on “Hallucinogen” may sound familiar. DJ Dahi has worked with Kendrick, Vince Staples, Travis Scott, Tink, Schoolboy Q, and bunch of other people. Arca has worked with Kanye West, FKA Twigs and Bjork. They are all producers who are working at the vanguard of EDM, dance music, and hip-hop. Kelela’s trick is finding excellent and diverse producers and making all of their different sounds her own. She has a soft, intimate voice, but she manages to never get buried by the production. She doesn’t need vocal fireworks to own her songs.

The album opens with the Arca and Boots produced “A Message.” It’s a woozy, sleepy song, that would be almost shapeless except for Kelela’s voice as she sings:

“You don’t even see me
Are you even breathing?
I should have known better
So I’m gonna let your body go for sure”

Most of “Hallucinogen” is downtempo and a little sleepy, but it does have one brilliant uptempo number in the Nugget and Kingdom produced “Rewind.” It’s an electro-tinged dance song about infatuation. It closes with “The High,” which compares love to an addictive drug. Kelela’s lyrics frequently reference how consuming and potentially dangerous love and lust can be. Her singing is pretty and romantic, but there is a haunted element to her voice as well. There’s an edge to her singing that offsets her sweetness. On the chorus of “All the Way Down,” for example, Kelela sings, “Cared before, but baby/Now I don’t give a fuck.”

Kelela isn’t afraid to keep things a little weird, and she never feels like she’s trying too hard to appeal to pop audiences. This lack of pop positioning is what I think sets a lot of the newer wave of R&B singers like Kelela or Frank Ocean or FKA Twigs apart from the Janet Jacksons and Mariah Careys. That’s not to knock mainstream R&B, or label Kelela as hipster R&B. It’s more that Kelela is R&B that isn’t afraid to look to other genres and scenes for inspiration. She’s drawing influences from British dance music, dubstep, underground club music, and a lot of other scenes that aren’t what you generally expect from an R&B album.

I am a longtime fan of Bjork, who always manages to find interesting producers to work with, and adapts those contemporary sounds to her voice and her songwriting. Kelela seems to have a similar sensibility. But where Bjork’s music is grounded in indie and experimental pop, as well as Bjork’s innate quirkiness, Kelela’s music is still R&B at its core. She’s great singer and a fantastic talent, and I can’t wait to hear more from her.