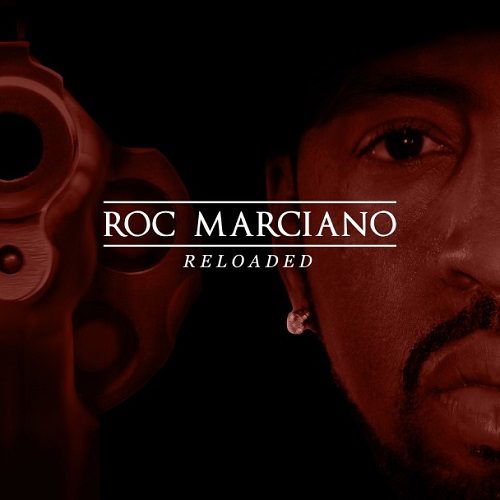 I recently watched a documentary about the “Teflon Don” John Gotti and it reminded me of a time when hip hop was introduced to the sub-genre Mafioso rap. Nearly twenty years ago the world welcomed the almighty Wu-Tang Clan and more specifically a rapper that helped pioneer this sub-genre, Raekwon the Chef. Although many cite Kool G Rap as the godfather of mafioso, it was Raekwon’s magnum opus “Only Built 4 Cuban Linx” that demonstrated how the life of a street mobster could be portrayed in an immersive manner that allowed the listener to escape to the audio equivalent of a classic Scorsese film. Many rappers built their careers on the Mafioso premise, namely Mobb Deep, CNN and Jay-Z. Nas even reinvented himself as Escobar to dabble in the sub-genre himself.

Starting off 2013, hip hop has almost experienced a renaissance of Mafioso rap, whether it be the brash Action Bronson, veterans collaborating for “Wu-Block” or an underground favourite like Blacastan, there’s certainly an argument to be had that things do indeed, go in cycles. One record that highlighted Mafioso rap was far from dead was 2010’s “Marcberg” by Roc Marciano, an album by a forgotten Flipmode Squad member that sounded like it was recorded in 1994. The beats oozed with atmosphere yet remained minimalist in their approach so that Marciano’s rhymes could weave vivid images that were almost poetic in their thick NYC slang. “Marcberg” wasn’t the most accessible album you’d ever hear, and for better or worse, “Reloaded” is even less accessible. Simply put “Marcberg” had better tracks but “Reloaded” is the better album. There are less beats to bang your head to here, but treat this album more as the backdrop to a gangster flick and you won’t find a better listening experience as far as lyricism goes. This is Shakespeare with a .45 and a pimp strut:

“Flow is nice, blow is white like Robert Redford
but little homie this is just textbook
flesh gets cooked, brush my gun like them kids in Red Hook
keep it jumpin like Russell Westbrook…
…intelligent writers, pockets got Elephantitus
come with choppers like helicopter pilots”

Roc handles the majority of the beats himself and ironically drafting in The Alchemist and Q-Tip didn’t bring the mouth-watering results I anticipated. The understated drums and melancholic use of samples create a laid back vibe that at times can get a bit monotonous but are split up by the occasional hardcore banger. Roc Marciano even switches up from his almost lazy delivery to administer an intense verse on “Pistolier”:

“Take off your ear like a souvenir
swing from the chandelier, Richard Gere with the gear, Ric Flair
yeah, squeeze clips in the brisk air
split your pear for the wristwear…”

The vocabulary and frequent use of pop culture wouldn’t sound too dissimilar to Raekwon and Ghostface Killah if they had somehow morphed into one, super rapper. And that’s just what Roc Marciano is, a super rapper. He delivers rhymes like it is nothing to him, with a cockiness that doesn’t sound cringeworthy or OTT. When Roc does stray into generic gun talk he does it in such a creative way that it compels you to carry on listening to see just what words he’ll use next. “76” is the first time the album utilises a traditional beat for Marciano to flow to, and he proves his worth as expected:

“Niggas is petty, I’m legendary…
all of my enemies are dead and buried
I let twenty hit your strawberry Pelle
burn holes in your belly like Henny
Betty, turn up dead like Freddy
for owin’ niggas Feddy, get cut up with the machete”

“Nine Spray” openly mocks Jeru the Damaja’s classic “My Mind Spray” with ultra-violent rhymes from Roc and a so-laid-back-he’s-horizontal verse from KA. “Flash Gordon” sprinkles the record with humour, whereby Roc compares a whore’s clitoris to the taste of porridge. If the phrase “he has a way with words” was to be given to any rapper, Roc just stuck his gun up and stole it.

Tracks like “76” and the superb “Emeralds” suggest that the album could have been a more accessible experience if it had these grimey beats throughout as opposed to the minimalist backdrops that dominate the record, but “Deeper” and “We Ill” may not worked with their beautiful vocal samples. Overall the production veers from eery, early Mobb Deep sounds to experimental guitar samples reminiscent of quirky MF Doom records. It wouldn’t surprise me if Doom and Marciano collaborated in the future.

If you are torn between the regular and deluxe edition, the three bonus tracks are decent but not essential. “I Shot The King” is a delightfully lo-fi track that plods nicely as Roc stuffs as many internal rhyme schemes as he can in before the track ends abruptly. “Sweet Nothings” is the only time the instrumental overwhelms Roc’s vocals with its flutes (?) that are borderline happy on an album drenched in violent panic. “Paradise For Pimps” is the best of the three with a cracking Alchemist beat that chops up multiple sounds yet doesn’t take the forefront. It’s the type of beat I wish Action Bronson had used for their collaborations.

“Reloaded” is a brilliant album but it is one that requires a certain mood. I would go so far as to say that the album transcends hip hop and would work best as background music even though irony would suggest otherwise due to the intricacy of the rhymes. The best way to describe “Reloaded” is Grand Theft Auto music. It would be PERFECT as the music that you would cruise along to in Rockstar’s hit videogame series, as it is the pinnacle of street rap that submerges the listener in that environment. And I hope it does get the audience a scenario like that would offer Roc, as he has crafted a brave and rewarding piece of rap.