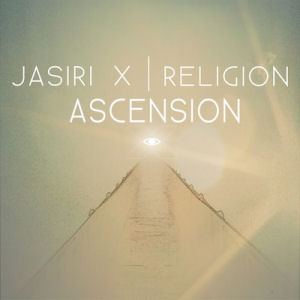 Religion appears to have dropped using exclamation points instead of I’s in his name, and I’m just fine with that – it was a pain in the ass to type. It has never been a pain to listen to his beats though, as the wunderkind of Wandering Worx has proved a capable Canadian creator of masterful melodies. Whether paired up with long-time hip-hop veterans like Planet Asia and Moka Only or up-and-coming emcees like Donny Goines and Jasiri X, he usually finds just the right note to hit to make their shit sound sweet.

Speaking of Jasiri X, who writer Emmanuel Wallace noted was responsible “for most of the album’s highlights” on “Revelationz I” along with the other aforementioned emcees, he’s getting the chance to step out into the spotlight on his own here. This is his “Ascension,” his time to rise, and Religion is providing the rocket fuel in the form of the beats. You might think Jasiri was a NOI rapper based on the name, and you wouldn’t be entirely wrong. He’s definitely got a political edge to his speech, and he’s happy to namecheck the Minister himself on songs like “Pump It Up”:

“My people was placed in poverty’s penitentiary
Out of nothin we constructed a billion dollar industry
But some, caught a skin disease, reverse vitiligo
Eternally the psyche, they think in the curse of Tonto
I spit a verse pronto, in negro we blanco
Free yo gato lo crappo; kill a rapper
then snatch his seeds like Monsanto – Google that!
Look at all these trained lil’ lap dogs, poodle raps
Now tell me how true is that? No shots I’m shootin back
Through his hat, ruined that, the whole crowd movin back
Blood on the concrete
I’m hip-hop’s, equivalent, to hearin Farrakhan speak”

And while Jasiri does proclaim his style as singularly political (“you’ve never heard an emcee so close to Marc’ Garvey”) he’s not trapped in a single political vein for the 55 minutes of “Ascension.” He’s a man with a message, and not afraid to sample the message of Malcolm X to make it on “By Any Means” featuring Rhymefest, but there’s a fun side to Jasiri X too. “TV Land” finds Jasiri becoming your personal DVR, guiding you through the channels of his mind and yours, gently poking fun at today’s most popular reality shows on the hook. “21 Forever” also pokes fun at today’s hedonistic rappers, the +YOLO+ generation who seem to want to live life without regard for the consequences to themselves or others. “The Unmasking” finds Jasiri proclaiming himself “too real for the blogosphere” but I think most of them will dig his steelo.

As well rounded as Jasiri may be, he clearly comes into his own on songs like “Pillars” with Brother Ali, as there’s no doubt Jasiri has the intrinsic motivation to be a voice of consciousness in a rap world he personally views as lacking depth or substance. He’s a bit of a throwback to the days of Public Enemy and Boogie Down Productions with songs like “Crooked Cops” and “Raise Your Flag,” although more recent artists like dead prez can certainly relate. And quite frankly it’s fine for someone like Jasiri X to be a little more militant and political than the average emcee today, provided he doesn’t go overboard into being preachy, and he’s got the beats to back it up. Jasiri fits that bill.