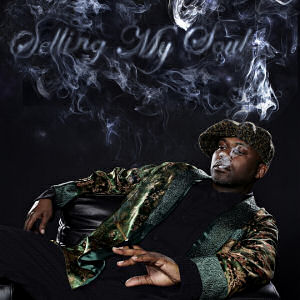 Twenty years after the Wu-Tang Clan first burst on to the scene swinging swords and telling us to protect our necks, a lot has happened to those nine young men. With so many projects, affiliates and compilation albums going under the Wu-brand these days, it’s easy to fall behind. After phenomenal debut albums from Gza and Raekwon (and some would say Ghostface and Method Man too) it wasn’t until the turn of the millennium that we got to hear solo offerings from Masta Killa. When hip hop fans are asked who their favourite member of the Wu is, rarely would you receive the answer “Masta Killa”. Perhaps due to the strength of his colleagues, he didn’t get much success on his own until the release of the surprisingly strong “No Said Date” in 2004. Although the lead single “Old Man” got some strong rotation on radio, it was most memorable for Ol’ Dirty Bastard’s ramblings about sesame seed buns. It’s hard to listen to a Masta Killa record without thinking of Rza though, as the two have a similar monotonous flow. The reason Masta Killa isn’t held in such high regard as fellow clansman Gza (and even affiliate Killah Priest) is that although they all have a subdued delivery, Gza and Killah Priest show more creativity and conviction when busting out straight lyrics. Killa does throw down some interesting content on “Selling My Soul”, but he seems to have lost the hunger that was still evident on the likes of “No Said Date” and “Made In Brooklyn”.

After a skit AND an intro, “Soul & Substance” kicks off proceedings with a production from the usually reliable Mathematics that’s so understated it’s borderline boring. Masta Killa brings a somewhat catchy hook to the table but ultimately it’s a forgettable track that shows little evidence of soul or substance. “RU Listening” is a stronger offering (produced by Inspectah Deck no less) where the Killa sounds more awake:

“Party people, welcome to the gathering
Many of you tonight have travelled from many miles
To hear the master of the art display styles and techniques
Now with this piece of steel that I hold so firmly
I conduct y’all accordingly, one time for your mind
Authentically designed and crafted from the hand of God
autographs, cameraphones flash as I enter
A glimpse of the ninja, rarely seen and heard
But his words are so powerful, catch them at the show and prove
Realer than Allah’s son”

The lead single “Things Just Ain’t The Same” is a nostalgic trip down hip hop’s often travelled memory lane. Although an unoriginal concept, a strong beat from PF Cuttin’ holds things together nicely enough for you to overlook Killa’s snoozy delivery. Surprisingly, the middle of the album is influenced by the West Coast as Kurupt gets ignorant on “Part 2” and welcomes Masta Killa to the “Cali Sun”. I imagine many Wu-Tang Clan fans feel he truly has sold his soul, but “Cali Sun” is one of the best tracks on “Selling My Soul”, simply because it tries something different. A warped bass drenched in California flavour, Masta Killa’s laid back flow seems to find its most suited partner, courtesy of Dash. The G-funk sound remains on “What You See” but doesn’t reach the same levels. Continuing the identity-crisis theme, Masta Killa is spitting over 9th Wonder on “Food”. Whilst Buckshot has built the last ten years of his career rhyming over this style of production, he has an masterful delivery and likeability that Masta Killa just doesn’t possess. I know they are two completely different artists, but some funky banger with hard drums just doesn’t do the MC any favours if he is slurring into the mic.

“Wise Words” feels more like “Depressing Observations” as the Masta derides society over the 2-Pac “Dear Mama” loop. Why not rap about these things on your mind, as I know for sure people will skip a track of stuttered wisdom. It’s essentially another skit, and on a forty minute record that contains nine songs and seven skits/intro/non-songs, it’s too much. Half of the album is material only worthy of one listen, hell, one skit is Masta Killa listing soul artists that had an effect on his life. If you want to listen to that, go ahead, but I thought these things were reserved for liner notes. The worst of the worst is the sheer audacity of advertising a feature from the late great ODB himself. “Dirty Soul” is Masta Killa quoting old ODB rhymes as Blackinati pulls the fader up to let ODB do the adlibs. It’s an insult to Wu-Tang fans and highly disappointing.

Disappointing doesn’t sum up “Selling My Soul”; it’s an album with no direction, no cohesion and a striking lack of energy. I understand the style of spitting knowledge in a relaxed manner, but there are far better examples of this, either by other artists or by checking out Masta Killa’s earlier work. If he did “sell his soul” in order to try something different, I just hope he kept the receipt.