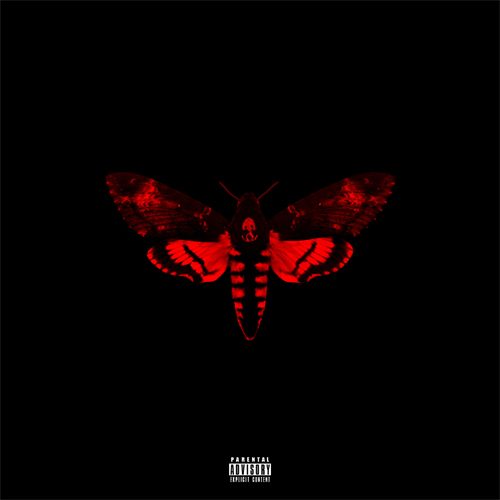 Lil Wayne :: I Am Not a Human Being II

“They say the best, part, of waking up
Is breakfast after a nut”

At this point the best part of waking up for Dwayne Carter is simply WAKING UP AT ALL. Weezy spent almost an entire week at the Cedars-Sinai Medical Center in Los Angeles after suffering a seizure while shooting a music video with Nicki Minaj. Both the cause of the seizure and the length of the hospital stay have been under debate, with TMZ trying to stay abreast of the situation, while Wayne’s closest friends and handlers tried to downplay the incident and say he it was a minor medical matter. Wayne himself couldn’t resist stirring the pot after his release, saying he was “more than good” in a now widely watched video.

Depending on your point of view, the timing of the whole situation is either incredibly unfortunate or unbelievably lucky. Since his sequel to “I Am Not a Human Being” had already been announced for March 26th of this year, the hospital stay robbed him of valuable time he could have spent doing appearances and interviews to promote the new album. On the other hand the back and forth between Wayne’s crew and TMZ’s reporters is the kind of social media coverage a million aspiring rappers would kill for. Obviously you don’t want to DIE to get a gold or platinum album (it’s hard to be around to reap the rewards) but anything short of that would certainly increase the # of people talking about you and/or purchasing your CD. Besides that we’re already three singles deep on this album before it even hit stores, with the latest being “Bitches Love Me” featuring Drake and Future:

“Uhh; pussy-ass nigga stop hatin!
Lil Tunechi got that fire, and these hoes love me like Satan, mannn
Yeah, fuck with me and get bodied
And all she eat is dick; she’s on a strict diet – that’s my baby
With no makeup she a ten
And she the best with that head, even better than Corinne
She don’t want money; she want the time we could spend
She said ‘Cause I really need somebody, so tell me you’re that somebody’
Girl, I fuck who I want, and fuck who I don’t
Got that A1 credit, that’s that filet mignon
She said ‘I never wanna make you mad, I just wanna make you proud’
I said ‘Baby just make me cum, then don’t make a sound'”

This version had to be cleaned up extensively to make the radio friendly “Love Me” version, but the Mike WiLL Made It beat and star power cameos on the song’s chorus made it worthwhile to do it. That’s right – Drake and Future don’t even have verses on the song – they just show up to lend an assist. Such is the power of Wayne at this point in his career, but it has also led to an “Emperor’s New Robes” level of arrogance where everything he does is right, even when it’s just plain bad, let alone when it’s just plain bad for him. Lest we all forget both Pimp C and DJ Screw died from their overconsumption of cough syrup, and even though everybody involved including Dwayne himself will deny it, the writing is on the wall right now. “I Am Not a Human Being II” needs to be a turning point in his career not just as a musician but AS a human being capable of admitting to being flawed, before his arrogance becomes his demise.

“No Worries” would be an example of lessones unlearned – a song originally included on “Dedication 4” that has been recycled here. For a man who was once on the cusp of being the voice of his generation AND the next one, it’s an appallingly vulgar artistic low. Besides having a monotonous and irritating beat by Detail and Rasool, it features nearly every crass sexual reference one can possibly make, culminating in the line “I would talk about my dick – but man that shit’d be a long story” – complete with Weezy screaming “YEAHHHH!” at himself at how funny he is. He’s not just losing touch with what’s good coming from himself, his perspective about who is good to work with has become warped. We’ve gone from Wayne doing songs with Rick Ross, Jadakiss, Nas and T-Pain to the level of features on “Human Being II” not even being CLOSE. 2 Chainz gets two appearances on “Days and Days” and “Rich as Fuck” (one was too many), Soulja Boy is on “Trigger Finger,” Gunplay is on “Beat the Shit” and Juicy J is on “Trippy.” There’s no excitement to be had about these combinations – you don’t expect them to deliver hot 16’s – and they don’t.

The highlights of “I Am Not a Human Being II” are too few and too far between, even on the deluxe extended edition of this CD. “Back to You” could point the way to Wayne’s future. Despite his increasingly unnecessary use of misogynistic language, the production from Fabio Marascuillo and Christian Davis Stalnecker seems to inspire Wayne vocally – turning a singing performance in that at least evokes memories of Prince Rogers Nelson at his prime. Cool & Dre can almost always be counted on for a memorable beat, and their backdrop for “God Bless Amerika” doesn’t disappoint. Wayne’s syrupy sarcastic tone fits like a glove: “My country ’tis of thee, sweet land of kill ’em all and let ’em die – God bless America; this ol’ Godless America!” Wayne is far more valuable as a social commentator than as a drugged up sex fiend, but as he notes himself on the song: “Will I die or go to jail today? Because I live by the sword, and die by the sword.” Mr. Carter, you certainly do. Reign in your excesses and be the artist you’re capable of. “I Am Not a Human Being II” flashes moments of brilliance, but it’s far from his best work.

Lil Wayne :: I Am Not a Human Being II
5.5Overall Score
Music6
Lyrics5