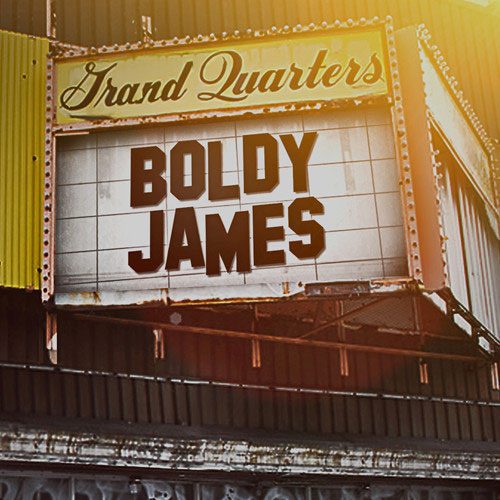 Forget New York, forget Atlanta, forget Chicago, forget Los Angeles: Detroit is where it’s at right now for hip-hop. The city generally makes headlines because of the many problems it has: a crumbling infrastructure, mass exodus of citizens, and a horrific crime rate all make Detroit the poster child for urban decay and the failing American dream. The upside to Detroit’s problems is that they have created fertile ground for a generation of rappers making some of the best and hardest rap music today. Black Milk, Danny Brown, Guilty Simpson, Big Sean, Elzhi, and the Cool Kids are just some of the rappers Detroit has turned out in the past decade. That’s not even counting J Dilla and Eminem, who came up in the 90s, or the Insane Clown Posse and Esham, who are genres unto themselves. Detroit might not have figured out how to reverse their city’s decades-long decline, but it sure can churn out rappers.

Boldy James is one of the latest MCs to come out of Detroit. Born James Clay Jones III, he took his rap name from his friend, a neighborhood drug dealer. When the original Boldy James got murdered, young Mr. Jones decided to honor him by using his nickname as his rap name. Boldy appeared on a few tracks with the Cool Kids in 2009, working alongside his cousin Chuck Inglish. 2011 saw the release of his “Trappers Alley Pros and Cons” mixtape, which he followed up in 2012 with “Consignment: Favor for a Favor” mixtape. Now he’s released his debut EP, “Grand Quarters,” offering up six tracks of his trademark cold-as-ice rapping.

Boldy’s style is sparse, stripped-down, and nihilistic. He’s got the cold-blooded swagger and laconic flow of Chief Keef, delivering his lines with a disaffected menace. Unlike Keef, however, Boldy is a good lyricist, which elevates his songs above their well-worn themes of drugs, money, and girls.

The EP opens with “One of One.” Blended Babies provide a spacey electronic beat with plenty of room for Boldy to flex his lyrical skills as he describes going from rags to riches. “For the Birds,” produced by Chuck Inglish, could be a standard coke rap song. Instead, Boldy manages to both celebrate his criminal life and acknowledge the dead-end street he’s on:

“Racing through the slums
Pedal to the metal in a race against time
Nowhere to go but up, Bold won’t crash
Cause you damned if you do, I’m heading nowhere fast
And you damned if you don’t, slow your role young man
Before you crash and you burn, I can’t hold your hand
Through this shit and returns better know your ledge
Knowledge is the key to success, it’s all in your head
To be or not to be, if you can see what I can see”

Chuck Inglish produced most of the songs here, and it is nice to hear the Cool Kid’s production has developed with age. I liked “Bakesale,” but the Cool Kids retro vibe seemed awful limiting. Teamed up with Boldy James, Inglish’s beats sound like a more interesting take on street rap production. It’s a team-up that reminded me of the Clipse and the Neptunes, where rapper and producer are really building off of one another. “JIMBO’s” electro snaps form the perfect backdrop for Boldy’s description of the many evil deeds he’s committed; “Getting Flicked” has Boldy rapping over an alarm and 808s. Inglish understands that less is more, and he strips his beats down to the bare essentials.

The EP ends with the two weakest tracks. “Come Here” is full of air horns and high hats, with female voices layered on top for good measure. It’s Boldy’s attempt at a radio song, complete with Auto-Tuned vocals. It feels beneath him, given how strong the four preceding tracks are, but it works for what it is.  “I Can Pull It Off,” a posse street rap track, closes the EP. Poppy Bricks’ verses are unimpressive, but Kevo Da Kid holds his own. Boldy takes the opportunity to floss, bragging to a woman about how much money he’s spending on their date. It’s a decent song, but again doesn’t live up to the promise that Boldy shows on the rest of the EP.

The Alchemist is producing Boldy’s debut album, to be released later this year, which means that he isn’t chasing a commercial sound. That’s a good thing. Boldy doesn’t break new ground, but he offers a skillful and compelling take on coke rap, proving just how good it can be when done well.