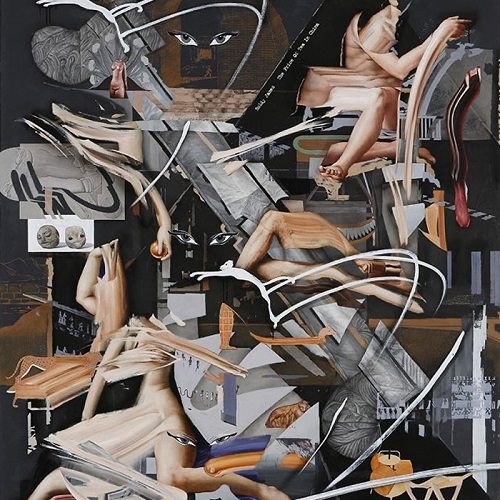 Boldy James :: The Price of Tea in China

Boldy James is stuck between his drug dealing past and a hopeful future in hip hop. He’s certainly not the first to chronicle these harrowing street narratives through music, but he is one of the few who approaches storytelling in such a visceral, cold-blooded tone.

Over the years, James and The Alchemist have developed a merciless comradery similar to Freddie Gibbs and Madlib’s recent alignment. Their 2013 collaborative effort “My 1st Chemistry Set” carried a controlled chaos that felt painstakingly eerie and wildly informative.

The same can be said for “The Price of Tea in China,” the ceremonious sequel to their former partnership. And while it’s been seven years since that underground anthology, neither James nor The Alchemist are ready to give up their hard-boiled dialect.

James is currently a 36 year-old father who still hauls baggage from past misfortune. Everything from untimely death to hardcore slanging is showcased on this newest endeavor, allowing listeners to bask on the callous nature of somber East Coast rap.

Ironically, James shies away for the pitiless street rap riddled throughout Detroit’s provocative underground setting. Instead, the veteran MC periodically asks for empathy as part of the healing process. On tracks like “Surf n’ Turf” and “Phone Bill,” James delicately condemns this hazardous lifestyle where murder and incarceration is more potent than money flow. This is a far cry from the exploitative complexion of his local scam-rap contemporaries.

“Overlord status, I be slummin’
My son think that I don’t love ’em
He don’t know his daddy thuggin’
Said, I been out here since a youngin'”

The drums on here are eloquently substantial compared to The Alchemist’s previous production with James. There’s an added weight to songs like “Slow Roll” and “Scrape the Bowl” thanks to supernatural keys, anamorphic bass-lines, and punchier drums. The haziness of it all allows James to spit some of his tightest bars to date, most notably next to fellow drug kingpin Benny the Butcher.

“This for the money, the hundreds left in the basement
The stash box we only touch on special occasions
Y’all not up ’cause y’all do it just to get famous
The plug hit me back, and I been destined for greatness”

Despite the bleak outlook, James still raps about drugs with the same detail-oriented composure as past projects. “S.N.O.R.T.” for example features Gibbs and Boldy comparing cocaine to a bowl of soup and sushi rolls over a swirling backdrop and spotless kick patterns. Both bear similar convictions in what they’re explaining. Both enjoy a comprehensive knowledge of drug dealing’s many nuances – like the price of tea in China perhaps.

The project can sometimes feel laborious or mono-chromatic whenever James steps outside of his personal sensibilities. It’s clear what he’s trying to accomplish on “Run-Ins,” but the concept itself is neither anecdotal nor informative like most of the album. James is at his best when he’s chronicling specific moments of his life that pertain to where he’s at today. Case in point; “Pinto” is a wildly captivating soliloquy about money scraping tendencies.

“‘Fore I had a fanbase, I was selling tan flakes
Raking in the cash, tryna make sure that my mans straight
Now, everybody breaking bags, shook all of that dead weight
Upgrading my stash, shaking that bag like I landscape”

For most of this project, James feels stuck in a deja-vu scenario. He’s trying to develop a normal life amidst the coldness of pack-moving. “I been in the streets so long, shit / I’m dehydrated and exhausted,” he spits from a hopeless point-of-view. This line in a nutshell has been the focal point of his music – jaded and destitute. He’s stuck in this desperate loophole while stoically counting up his stacks.