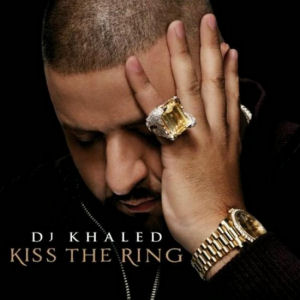 Anyone guilty of downloading songs at least ten years ago around about the time broadband internet access was becoming readily available will know exactly what I’m talking about when I share one of my grievances with hip hop; DJs talking shit over a song. It was usually Funkmaster Flex found talking nonsense over numerous Dipset, G Unit, *insert standard R&B/Hip Hop radio single from 2002*. If you tried downloading hip hop in the early noughties, you would have your fingers crossed you got the original version and not one recorded from the radio accompanied by an annoying DJ. This brings me nicely on to DJ Khaled, as you can listen to any of his previous work and find his intense ranting throughout. The thing is, Khaled has regularly (almost annually) released albums with A-list line-ups of the biggest stars in hip hop. Remember the “I’m So Hood Remix” video? Or the “All I Do Is Win Remix”? Regardless of your taste in rappers, there was always an artist on board that delivered. On his SIXTH album, Khaled has stuck to the formula that worked previously; assemble the regular rappers such as Birdman, Rick Ross and Lil Wayne, and combine them with club-friendly, thumping beats that allow the rappers involved to be as a self-indulgent as possible. “Shout Out To The Real” features Meek Mill, Ace Hood and Plies, three artists probably not known for being “real”. Considering Ace Hood spits a verse consisting of cars, jewellery and riches, it is strange hearing him shout out to the real emcees. Plies is so obnoxious yet devoid of any subtlety to come across in any way likeable. It’s a complete shambles of a record, with the wall-shaking production from Jahlil Beats being the only reason to listen to it. “Bitches and Bottles (Let’s Get It Started)” is a single with vague similarities to “Paris” by Kanye West and Jay-Z. It’s a more straight forward track musically, bass-heavy as expected, that has a surprisingly strong verse from Lil Wayne, who I find either drops clever wordplay, or nursery rhyme bullshit. Thankfully he delivers the former:

After hearing “Shout Out To The Real” followed by “Bitches and Bottles”, it is fair to assume that the content isn’t likely to change much through the rest of the album. And you’d be right, this is after all, a DJ Khaled album full of glossy productions aimed at, as GZA would say, the dumb that are mostly intrigued by the drum. However, “Hip Hop” is an unexpected gem, although with guests such as Nas, Scarface and DJ Premier, it’s no surprise it steals the show. Two legends rhyming about their infatuation with hip hop regardless of the fact they could have retired long ago, through the common metaphor of women, is nothing short of supreme when married to Premo’s scratches and JUSTICE League’s pounding piano-slamming beat. “Wish You Would” unfortunately is everything “Hip Hop” isn’t. Kanye West using his favourite brand of Autotune software to assist in creating a musical abomination. With little evidence of a melody, or anything remotely interesting lyrically, “Wish You Would” has Kanye West and Rick Ross at their excruciating worst:

[Verse 1: Kanye West]
They said, thou shall not be ill, thou shall not feel
thou should not be trill, not be drill, not be real
niggas selling packs, niggas flipping pills
they got heroin and cracks, man these niggas hot for real
every year gon be our year, every year gon be my year
these niggas really is out here, these niggas really is out here
the block is at war, post traumatic stress
ran up outta pills, rob that CVS
niggas getting bust over In God We Trust
we believe in God but do God believe in us
if we believe enough, will we ever get to know ‘im
that lean got us dozing, we forget that we the chosen

[Verse 2: Rick Ross]
My money on a another level
in the streets I hear I’m hotter than the fucking devil
I wonder how I got a hundred in my fucking bezel
G5, make it rain, I can change the weather
we fly, them niggas lame, where your fucking cheddar?
aim at your brain, AK be the fucking letters
fuck niggas fall in alphabetical order
Frank Lucas fur, the cap run more than a quarter
I’m at the fight, ringside, right next to promoters
all my niggas still hustle consider ’em roguish
I remember catching buses just bought me a Lotus
all your codes get decoded, know the niggas you quoting
hunh, my corner will scorch ya, somehow my flow is the coldest
money, power, respect, the only thing’s truly important
family first, Khaled we gotta stay focused
God Forgives and I don’t, pussy niggas on notice

“Take It to The Head” is a catchy showcase for Chris Brown, with short (both on length and content) verses from Rick Ross, Nicki Minaj and Lil’ Wayne. “I’m So Blessed” is a cookie-cutter copy, replacing Chris Brown with T-Pain (sounding more high-pitched than usual), and Ace Hood besting the likes of Wiz Khalifa and Big Sean with a refreshingly personal take on the whole “I’m blessed to be in this position” theme running through the track. Unfortunately the rest of the album features various takes on the “I’m The Best” slogan Khaled constantly reminds us of. “I Did It For My Dawgs” features three similar rappers in Rick Ross, Meek Mill and French Montana, all spitting forgettable verses (including a horrible “I’ma die fly â€“ rest in peace to Aaliyah” line). Ace Hood appears in the video version and stands out more; hence his position as fourth emcee, but the fifth emcee, Jadakiss, demonstrates why he still gains respect amongst his peers:

“Yo, watch who you drinking with
watch who you smoking with
1.7 in my safe when I open it (cash)
if I put 7 in ya face, will I open it
and I know tomorrow ain’t promised but I hope it is
love to get acquainted with you
stay and tear the jail up
did it for my dawgs so I had to put the bails up
get them thangs off so I haven’t put the scales up
treat you like a pit, get ya ears and ya tail cut
choppas still hot, you can hold it for yourself
Versace, same buckle on the loafers and the belt
yeh the pills is flying but the smokers is something else
if the spot catch fire, the coke will just really melt
the dough got ’em bringing in the broads
obvious the flow got ’em screaming for the lord
if there’s money on ya head what you think is the reward?
I ain’t do it for myself, you know who I did it for?

Minus the occasional strong verse, “Kiss the Ring” remains as obnoxious as the title claims. As far as hip hop albums go, it embraces everything wrong with modern day hip hop, and is proud as punch about it. The concept may have been the done deal in 2003, but after six albums of constantly aimless collaborations (minus the superb Scarface and Nas joint) â€“ can DJ Khaled keep putting out compilations of self-indulgent club-fodder under his name, when only three tracks are credited with his production? I admire Khaled for sticking to his formula, but when it is diluted to the point that it is barely effective, you don’t have to think to hard as to why the A-list artists involved have supplied some of their weakest verses yet.