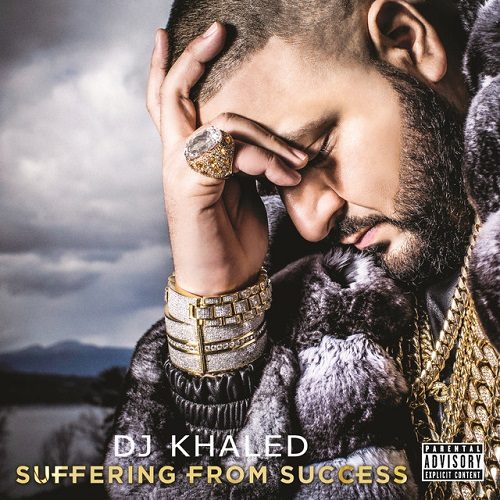 Ready for yet another barrage of bass and a bevy of big names? Of course you are. Reading off like it was recorded after a Grammy’s afterparty, DJ Khaled insists that we haven’t had enough of him yelling “We the Best” in between some more bragging and boasting. Despite the predictable premise, this album supposedly got its name after Khaled went to the doctor about his balding beard. Having studied his videos, I can’t confirm if this is true, but it does strike me as an embarrassing result of stress that certainly doesn’t fit in to the outlandish image that Khaled and his friends portray. Can a man that insists he is the best (at everything presumably) truly convince when his shape-up isn’t symmetrical?

Of course, Khaled has never been the best producer, but he’s clearly a great networker, regularly landing A-list rappers on his projects. Given that this project (more than any other) sees him calling back guests he has already worked with is disappointing to say the least. When Khaled combined Big Boi, Ludacris, Busta Rhymes and Fat Joe with his BFFs Rick Ross and Lil Wayne (on “I’m So Hood Remix”), it not only felt exciting (in a way seeing so many legends on Sway and King Tech’s “The Anthem” was) but was well balanced. For every brash Jeezy verse, there was an intricate one from Twista. For every southern artist, there was also a New Yorker present. It saddens me to say that this seventh edition of Khaled and co doesn’t help the producer’s increasing lack of relevance.

“Murcielago (Doors Go Up)” is instantly forgettable, despite Meek Mill’s best attempt to bring some intensity to the sound booth while “Blackball” has a truly horrendous vocal performance from Future that felt like one of those X-Factor auditions designed to get the nation laughing at the complete lack of singing ability. Autotune doesn’t help proceedings and I’m genuinely surprised Khaled relies on it so heavily. Hearing it throughout the song “Suffering From Success” is off-putting to even the most ardent T-Pain fan. If Khaled is suffering from success, he got off lightly – ear aneurysms and deep disappointment seem closer to the mark. Even when an off-form Lil Wayne actually delivers some interesting wordplay on “No Motive”, it’s ruined by the brainless “Fuck all you bitches, fuck all you hoes” that is repeated in the hook. It can get infuriating, but there are gems to be plucked from the largely dumb topics that are covered. Depending on how you feel about J. Cole, “Hell’s Kitchen” is another example of his ability to convey emotion in a convincing manner. Bas, the emcee joining Cole is an enigmatic presence, seemingly dissing those who show emotion yet has jumped on a track where Cole is singing, praying and almost pouring his heart out in to the microphone. It’s one of the only songs which could have worked better as a solo track.

Like any Khaled album, there are moments where the talent actually turn up and nail their performances – last time it was Scarface, Snoop Dogg, French Montana and Raekwon. This time sees Scarface return for an album-stealing performance on “Never Surrender”, showcasing pain and emotion in his verse about trust that really makes much of the album look silly. Jadakiss also proves his worth at storytelling and even Meek Mill fits in with his ignorant attitude that adds the young, reckless character to Scarface’s veteran and Jada’s authentically narrated tale of bitterness. With Akon, John Legend and Anthony Hamilton doing their thing it really stands out and is no surprise it comes with a similarly epic seven minute video. Even Chris Brown puts down the boxing gloves to once again prove how talented he is; “I’m Still” reminding listeners that he still puts it down no matter how much hate he clearly receives. It’s a certain single, and shows that regardless of his behaviour, he is a brilliant talent.

Resting on laurels is something many of the famous characters are guilty of throughout most DJ Khaled records, not just this one. Given this album has performed poorly sales-wise, it seems rap fans have finally had enough of this brand of booming braggadocio, with first month sales figures of 44,000 I’d be surprised if this covered the fees some of these artists inevitably demanded. Decidedly hit and miss, it’s the songs that stray beyond the typical tales of money, sex and cars that are worth returning to, and while I’m not saying anybody should wholeheartedly embrace baldness, maybe ten years of partying has taken its toll.