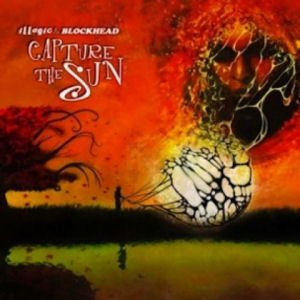 Illogic and Blockhead have something in common besides this album. It’s not where they are from – emcee Illogic hails from the hard scrabble Midwestern mecca of Columbus, Ohio while beat maestro Blockhead calls the city of New York his home. It’s not that after years of bouncing around the music industry they can both now call that upstart imprint Man Bites Dog Records home. Their commonality is far more obvious – so many people sleep on them that they ought to work for Serta. It’s hard to be as artistically innovative and musically creative as these two respective hip-hop heads are and not get recognition, but they’ve quietly fought the good fight for over a decade while flavor-of-the-minute pop rappers come and go.

It would be dishonest to not admit a little bit of bias going in. One of the earliest labels to service RapReviews.com was Weightless Recordings, and Illogic’s earliest releases are on that imprint. I’ve known Blockhead even longer thanks to the rec.music.hip-hopnewsgroup. It would be equally dishonest to say that I’m personal friends with either one, as though we regularly chat on the phone, or that I’m some sort of trusted confidant when it comes to their hip-hop careers. Now in the 2010’s as the duo attempt to “Capture the Sun” I find myself revisiting the backpacker paradigm of the 1990’s, where rap nerds exulted in finding the next great thing and then bemoaned the fact they couldn’t keep it secret. There’s a little bit of that feeling to this album – that it’s just too good to share – that one should jealously guard the dopeness and justify it by saying that the masses will never understand it.

The album’s title does little to dispel this egocentric notion. To “Capture the Sun” is physically impossible – one could never even hold one billionth of its churning hydrogen engine without instantly being burned to cinders. Even sheltered as we are by the Earth’s atmospheric embrace, the sun still reaches out to touch us if we are careful, and punish us with skin cancer if we’re not. It’s an impossibly absurd notion, and yet while head-nodding to the beautifully b-boy Blockhead beats and absorbing yourself in the literary constructs of wordsmith Illogic, it doesn’t seem the least bit illogical. They seem imbued with talent that goes beyond being loaned from God – it almost has to come from a parallel earth where Gods walk amongst us like superheroes. It’s almost punishment to hear Illogic show his humility on songs like “Beautiful Sunday” – he if anybody has the RIGHT to brag.

“It was 8:45 on a beautiful Sunday in the spring
I woke early that day to see the sun rise and hear the birds sing
Sat on my couch watching the ceiling fan spin
Listening to Miles blend batches of ‘Bitches Brew’
Thanking God for allowing me to see another morning
Blessed to breathe oxygen again
I see the breeze dance – the leaves of the trees
Reminiscing of lost family and friends
Knowing tomorrow’s only a dream
I choose to live today to the fullest”

Understanding the poetic skills of Illogic would be easy – overstating them would be incredibly hard. It’s a rare breed of emcee who not only has something profound to say, but the ability to translate those profound thoughts into accessible wordplay, and the vocal ability to convey that wordplay in an enjoyable way. Combining that with Blockhead’s production techniques creates an experience that literally makes the hairs on my arm stand at attention. It is moving and emotional if you love seeing hip-hop achieve its highest artistic capabilities. I can’t even go any further referring to them by rap monikers, because Jahwar Glass and James Anthony Simon deserve a greater due for songs like “Bridges” than nom de plumes can confer. Simon cooks up the raw Ohio soul that Glass mines deep from within self:

“Talk is cheap but a whisper is priceless
I choose to take a leap of faith no matter what the price is
Arm or leg, for the head, voice of tears
I’ll be content to be the change if I have to slave for years
See I’ve been marked for death since the womb
Umbilical cord around my neck, I barely made it out
Plus they found cancer in my retina when I was two
Became a cyclops, but saw clearer than everybody else
Didn’t understand my blessing, thought it was a curse
Felt that God had foresaken me cause I didn’t know my worth
Saw hate in a puddle ’til I saw love in the crowd
Then my wife told me she was pregnant with our first child”

51 minutes goes by in the blink of an eye, from the uptempo and multi-layered “Live From the Horizon” to jazzy and spiritual “Blindfold” to the symphonically spooky “Where’s the Exit” that flows backward musically but makes perfect sense that way. And by the time you’re done searching for flaws in “Capture the Sun,” you realize that they can’t even be faulted for the sin of pride, because neither one will brag about this masterpiece even though they have more right to than just about any rapper alive today. Jahwar is too humble, Tony is too nice. They exist on a plane above the reach of most artists, and yet still offer a hand out to try and help others reach these heights. If only more artists would try to “Capture the Sun” it would not feel like work to review albums – it would be pure joy – the same I felt the very first time Run-D.M.C. crashed through walls and broke down doors. Meet your new yet old hip-hop superheroes, fresh out the box for 2013, and let’s adapt this one for the big screen. No best kept secret this time – don’t hoard – SHARE IT.