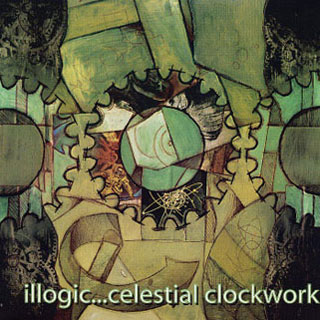 Logic is the “interrelation or sequence of facts or events when seen as inevitable or predictable.” (Merriam-Webster) In other words, thinking logically means you view events both in life and in the world around you as making sense, having a cause and effect relationship with each other. If you kick a brick wall with your foot, your toes will hurt. If there’s too much moisture in the atmosphere where a cold front and a warm front collide, it will rain. If a male dog has sex with a female dog in heat, she produces a litter of puppies. Does this seem simplistic? Perhaps. Logic is not an innate quality though. Human beings are born into the world inexperienced and unaware of logic, perceiving events only in the now and oblivious to the cause and effect relationship of things in the world around them. Experience with that world is what makes a man or a woman logical, because by the application of logic one learns how to cope with reality.

Then again, logic is not the only tool mankind is capable of wielding in dealing with the world. Since logic is not an innate quality, it’s equally possible to deal in illogic as a way to view events. Why does it rain? God’s crying. Why does your foot hurt when you kick the wall? Because walls are painful. Where do babies come from? They’re brought by the stork. As absurd as these ideas might seem to be, people who make irrational interpretations of the world seem to cope with the world as well or better than people who view things logically. A logician can be stymied by a simple question like which came first, the chicken or the egg. The illogical person just picks one of the two for little or no good reason and moves on with life. Some things in the world defy rational explanation, which is why since the earliest recorded days of human history man has looked to the heavens and theorized that God (or Gods) must have made it so. Illogical? Yes. But if you can’t disprove it, how can you be sure it’s not possible? Illogic can make just as much sense as logic.

And that’s where Weightless Recordings artist Illogic comes in. His moniker is actually a bit of a misnomer though, because Illogic seems to pull equally from both the ration and the irrational in his rhymes. Sometimes, Illogic makes too much sense for his own good. While he combines lyrical verbosity with tongue dexterity and a memorable voice in a way that wins praise throughout rap’s so-called underground, it’s often too dense for the average listener to relate to. As such Illogic becomes a niche of rap unto himself, much like El-Producto, Aesop Rock, Blackalicious and Lyrics Born. For Illogic the promise of his rap career is not likely to be fame and fortune, but rather the respect of his fans and peers and the possibility of making music that transcends the ages and decades from now is acknowledged for artistic brilliance. Illogic must logically conclude that gold or platinum plaques are not his destiny.

“If a picture’s worth a thousand words, I’ll paint a thousand pictures/to symbolize the decibel levels bred of a thousand whispers.” Illogic confronts the reality of his niche following by not shying away from conceptual complexity, but embracing it. “Celestial Clockwork” is an album whose title and music both imply order and sense, constructed musically by Blueprint so that Illogic can make the second-hand, minute-hand, and hour-hand all tick with his lyrics. As the above words from “1,000 Whispers” illustrate, Illogic is not about to simplify his message to gain a broader audience. He presents concepts and ideas within rhymes that are meant to provoke your thought processes and get you thinking about whether or not the world really is logical:

“If science and religion is the, building block for a laughingstock
Then the foundation should crumble at the epicenter of the aftershocks
The bow breaks at the vinyl spots, the cradle will fall as crime rate drops
I’ll time hatecrop’s harvest to see if records or frisbees flop farthest
Well that would depend on the trajectory! And the way the projector projected me
I was a hologram, waiting for when to inherit merit discrepancies
Is it time for lift-off? I think ‘Go Go Gadget’ propellers are prepared
Is it time for lift-off? The rocket fuel was at peak in mid-week
I think it’s time for lift-off! The structural integrity seems to be holding
But three astronauts were found in a cockpit, falling asleep
So will these styles and whispers, ever hold a cleft note to sing?
Or will these blisters become targets of The Scorpion King’s sting”

There’s no question that Illogic may leave listeners far behind when his rocket lifts off, but his format is just as valid as simplistic party music raps, thugged out gangster melodies, and teachings from weary world-scarred industry veterans. In the diaspora of rap, each has their place, and logically speaking could not exist without each other since they all spring from the same cultural wellsource. The epoxy bonding this clockwork orange together is Illogic’s excellent use of the english language and Blueprint’s excellent use of a 48-track production board. Songs can by turns be as spacy and ethereal as “Time Capsule” featuring Aesop Rock and Vast Aire, as acid-tripped as “Hollow Shell (Cash Clutch)” or as down to earth and funky the piano jazz funk of “Lesson in Love.” This is in large part a somber album though, well-produced and well-executed but often struggling to lift the weight of it’s own musical mass – and logically one must note the irony given the name of his record label. After four years of underground classics like “Unforeseen Shadows” and “Got Lyrics?” though it’s refreshing to see that some things never change. Blueprint is still a maestro of understated beauty, Illogic is still one of rap’s most underrated poets, and Weightless still believes in releasing albums that set their own standards rather than following trends. These facts make “Celestial Clockwork” a testament to both Illogic as an artist and the potential of hip-hop when rationality and irrationality are intertwined into dope music.