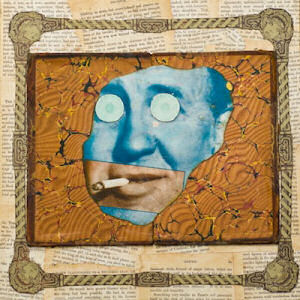 It’s time for Tree City to branch out again. The latest album to land on fertile soil and take root is the self-titled “Drapetomania,” a word with a disturbing pseudoscientific background that was once taken seriously by plantation owners. To cut right to the point, the “cure” for this supposed disease was to whip the crap out of any slave who dared to think of running away to escape his/her station in life. Most scholars outside the South saw this for the farce it was, but the word is still powerfully evocative hundreds of years later. Gen Pop may have found dark humour in it as the bio for this album notes he was depressed bordering on suicide when this album was being recorded. Instead of fleeing Michigan or getting “the cure” for their malady, Gen Pop and Big Walt opted for an entire album of self-flagellation to dope beats. Take “The Tardedness” for instance – it’s what would happen to Run-D.M.C.’s “Peter Piper” if the whole crew was chugging cough syrup smoothies.

GP: “Watching the sunshine through the holes in the roof
of the Terrordome better known as my second home
I tried to write a verse deep and political
But I got bored, so that topic’s better off left alone
Like paying fees on a land-line telephone
Stare at the ballot all I’m seein’ is a pair of clones
The smell of slackin’ got me gone off the pheromones
So would you care to bone and boost each other’s seroton’?”

Walt: “To the birds in my art, the world is a dart
Dick stay wet but a virgin at heart
On the streets of Ann Arbor, demand pardon
I’m sorry, I’m from where your plants darken
Yo – skies grey in the summer
Game kept callin’, changing my number
GP, I’m out; I’ll be back in a flash
I’m grabbing cognac and a bag of the grass”

At times the depressed duo almost accidentally stumble into something upbeat, like collaborating with fellow heads Blackberry Aries and Clavius Crates on “Way of the Future,” but Walt’s cynical perspective shines through with lines like “these rappers are way more paid than we are/they ain’t in the bar/pulling skee-zars.” And some songs on Drapetomania are so dark and dour that they defy simple explanation. I don’t know what “EEMNAA” stands for but I hope it’s on the label of the prescription drugs they both need.

Walt: “Suicide’s not a problem but a way of life
I used to hate my life
In my room at my wrist with a blade at night
Hate all women except for she who gave me life
Insane, I’m trying make it right
I chase the light from the darkness of my mind, terrified
The underworld’s my comfort zone yo, I’m scared to fly
Will I, fall down like Icarus?”

GP: “Descendent of the slave & maids who did day work
A menace on the stage, the aim’s to hit pay-dirt
And charge it to the game if I gain notoriety
For acting like society’s norms, don’t apply to me
In another life I’d be a better man, have a better outlook
follow thorough on better plans
For what it’s worth, I wouldn’t mind living Christ-like
But my old ways got a hold on me, vice tight”

This is an intentionally and in fact painfully inward looking album. Gen Pop and Big Walt have parked themselves on the corner of Life Sucks Boulevard and Dead End Street and pulled out brown bag bottles, sitting on the curb commiserating as the liquid gold flows down their gullets. If you already feel like your life fucking sucks, “Drapetomania” will do one of two things for you: it will give you a couple of bros to commiserate with, or it will give you perspective that shit ain’t nearly as fucked up as you think. Few albums have ever used the term “The Funk” in its original meaning so aptly. For the longest time it’s been associated with George Clinton and good times, but this rap album is all about the blues and booze. Perhaps morose music shouldn’t be so enjoyable, but production from David Ether, Professor Megablown, AnomaLEE, Blaine Nash and Clavius Crates makes “Drapetomania” succeed even when the duo presume they are doomed to fail from the very outset. It’s certainly not for everyone, but it’s a refreshing change from the conspicuous consumption and carefree balling of the big time emcees.