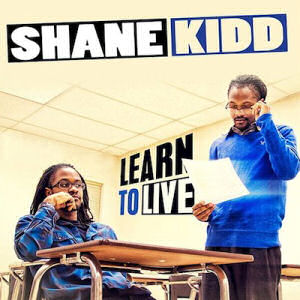 It’s impossible to start this review without thanking Shane Kidd for his kind words in the letter accompanying the CD. The cynic in me tends to assume overly friendly inserts with albums are designed to curry favor, but as Kidd is an artist who proudly professes his Christian faith, I think he’s on the level when he writes “I respect the site (even though) I’ve disagreed with the ratings from my favorite writers.” Since very few of us in this process are cashing Jay-Z level checks whether rappers or writers, “respect” is a highly valuable commodity – one I hope the staffers of RR continue to bank. I appreciate Kidd’s faith that we’ll give him a fair review.

” was Kidd’s first introduction to the national scene back in 2010, so I regret that he didn’t reach out to us sooner – it feels a little late to introduce you to the young Kidd at this point. Nevertheless a brief bio (you can get more from his Facebook) is that he was born in Dallas, graduated from the University of North Texas (home of the Mean Green football team) and describes his style as “theme music for dreamers” with a “consciousness of Christ.” Judging by the title of his song “Revenge of the Nerds” he may also think he’s a little bit of a Poindexter: “Won’t dumb it down, don’t want us to come around/Ain’t Morlocks so we ain’t stayin underground.”

Okay so it’s fair to say not every rapper drops H.G. Wells references in his songs, but that plus a thumping beat and some hilarious scratched in samples from the movie of the same name make the song a winner. Though Kidd points out his religion in both his bio and press release, there’s nothing ostensibly overt about it on the seven songs of “Learn to Live.” In fact I’m hard pressed to point out specific examples of the Christian rapper traits we know so well – citing chapter and verse from the Bible, thanking “Him” (always capitalized) for all blessings, offering an undying devotion to Jesus that sometimes feels sexually awkward (something Cartman easily took advantage of on South Park). In fact it’s not often I say this while reviewing a Christian rapper, but I almost wish there was a song about attending Sunday service. His most religious trait seems simply to be his positive attitude and lack of desire to cuss. “Not Alone” is as close as any of his songs comes to spiritual devotion:

“Pressure makes diamonds, ore you can time in
Need some ground work, I’m pursuin higher plans
But – got this chaos and this mayhem
Got me up writin early in the A.M.
It’s my therapy, I spill and write
As I wrestle with my will to fight
I feel alone as I’m hoping for change
The thrill is gone cause I’m broken from pain”

The song explores Kidd’s theme of emptiness and wanting “someone to walk with me” in both a literal and metaphysical way. “Have my failures left me forsaken?” He knows the answer to that question is no, but the fact he asks will resonate with listeners. This wouldn’t work without good production of course, and DJ Official blends in a light breezy backdrop with just enough bump to keep it moving. The flute samples are an especially nice touch. Production is generally strong throughout with Wes Pendleton being the most frequent contributor. He bangs out the pianos on Shane’s most aggressive track “Still Shining,” and has the album’s best drums on the closer “Learn, Love, Live.” I hate to nitpick at all given I enjoyed this EP quite a bit, but mixing may be the one thing that holds Kidd back – at times the music drowns out the vocals. Also it should be said that Kidd is a pleasant emcee, but he isn’t the most vocally distinctive, and he’s not dropping “OH MY GOD” punchlines that make you hit rewind. There’s room for improvement, so when Shane says he respects our opinion, I hope he respects that I like the Kidd – but I still want to see more.