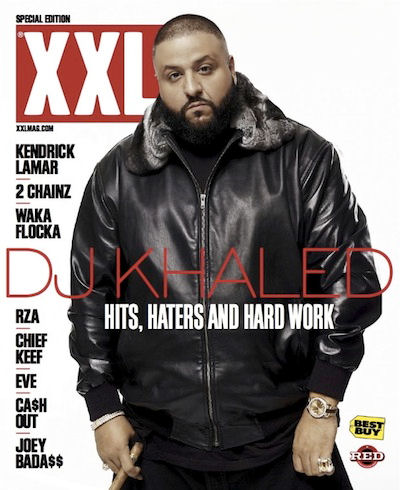 Late in 2012, Best Buy and XXL Magazine teamed up to put a special edition double CD in stores, bargain priced at $5.99, coming complete with a 60 page mini magazine. “Mini” in this case means you have DVD sets that are larger and thicker, but they packed the pages with content, interviewing everyone from Casey Veggies to T.I. to Eve. You can’t knock the hustle nor the price, but if you’re not careful taking off the shrinkwrap, the compact discs inside will knock the floor. There’s nothing securing them inside – not a plastic sleeve nor a single dab of glue – they’re just stuck between the pages. As “Times, Rhymes & Beats” was the first to fall out, that’s the first one we’re going to rap about.

At twelve tracks and just under 44 minutes long, “Times, Rhymes & Beats” has a title which implies a grandiose statement within – yet none is forthcoming after pressing play. This is not an extension of the legacy of A Tribe Called Quest, nor is it any form of progressive hip-hop that took place in the last twenty years. If anything this compilation exists as a snapshot of what was poppin’ on or about the time it was put together, which means in many ways it represents the best and worst of hip-hop in 2012 – except for The Revelations that is. You can’t really count their R&B stylings on “I Forgot to Be Your Lover” for or against this album, and its inclusion would be quite odd were it not a featured song from RZA’s soundtrack to “The Man With the Iron Fists.”

The hip-hop remainder on “Times, Rhymes & Beats” strikes highs and lows in equal measure. The one middling song may be Eve’s “She Bad Bad” – the plus being that it’s good to hear from her again in hip-hop and the minus being that the Jukebox beat and the lyrics themselves are largely forgettable. Still that’s a compliment compared to “HA! I feel like I won the Super Bowl, and I love me a big booty ho, ya dig?!” No Ca$h Out, I don’t. There’s a severe disconnect between songs like Method Man’s “Built For This” and Future’s “Turn On the Lights,” and it’s not a North or a South thing – it’s a lyricism and flow vs. crappy AutoTuned vocals and no flow thing. King L is from Chicago and has the exact problem – he’s clearly got a syrup sandwich in his mouth while rapping and has nothing better to say than “every nigga with me armed and they shoot/ball like a hoop/fuck a nigga business.” The pro wrestler he named his song after should probably take exception.

The album’s best hope for 2013 is clearly Casey Veggies, the one-time Odd Future member who decided to branch off in his own direction. Despite that “Toe Tag” sounds almost exactly like something that would come from the Wolf Gang – and that’s a good thing. The heavy bass bottom, electronic soundscapes, cleanly spit vocals and quirky drug-influenced rhymes and delivery make it a clear winner. Madchild’s “Monster” is also a winner, as the Swollen Members spitter flows over bombastic horns and drops lines like “#FuckAMainstreamRapper, that’s my hashtag/chop him into pieces and I stuff him in a trash bag.” Tyler the Creator would no doubt approve. Since this is only half of a two disc set and therefore in theory only cost the listener $3, you could actually consider it worth the price of admission for Veggies, Madchild, Meth and Ryan Leslie’s “Beautiful Lie” with Fabolous – and Leslie is RAPPING on this one. In the grand scheme of things though one can’t help but notice that a lot of what the compilers of this CD felt was hot is really not. It’s a wash, but it’s an affordably priced one.