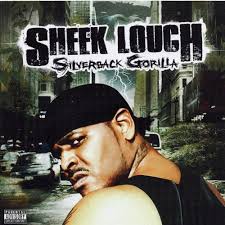 Staff writer Pedro ‘DJ Complejo’ Hernandez once referred to Sheek Louch as “The Lox’s often overlooked third member.” There’s some truth to that statement. Jadakiss is the D-Block member best known for his punchlines and hypnotic flow. Styles P is known as the gentlemen’s thug, the philosophical Phillie smoking third of the trio. Where does that leave Sheek Louciano? Shit out of luck. His two solo albums had underground respect, but largely disappointing mainstream retail sales. Mixtapes like “Year of the Wolf” keep his name alive to the hardcore devotees but keep him in the shadow of more mainstream commercial releases like SP’s “Super Gangster (Extraordinary Gentleman).” What’s a Yonkers thug to do? Show and prove by releasing a blazing new single with crossover appeal. The Red Spyda produced “Good Love” fits the bill:

“Fresh off the plane, into the Bent’
Note a lil’ more than what you pay for your rent
I’m tired of the road, no shows booked
Need somethin home cooked {“I like that baby”}
Straight in the door, straight to the floor
I’m already high but light up one more
Just got home I’m tryin to chill but I {“Just can’t keep still!”}
Gotta hit the block, get a lil ‘gnac
Fuck with the hood, see if niggaz is good
Jake is on me askin me why my music all loud
I just tell him {“I like that baby”}
Throw a lil’ dice, headcrack twice
Light somethin up I’m startin to feel nice
They loopin around, let me go and peel
Cause I {“Just can’t keep still!”}”

It’s damn near impossible to hate on this song. Silky ivories, tinkling bells and a shuffling drum beat combine with clever soul singer samples that act as the punchlines for Sheek’s rhymes. Hear it once and you’ll find yourself humming the melody later on. It would be tempting for Sheek to follow up on “Silverback Gorilla” with more songs following the same formula, or to pad out the 18 track album with a ton of guest appearances to take the place of his D-Block compadres. As the latter is concerned he does have a few artists making cameos on his new CD, but they are spread wide throughout the release and are more effective just by how minimally they are used. Hearing Bun B & The Game on the DJ B-Roc produced “Think We Got a Problem” is an unexpected and pleasant surprise, linking East and West Coast with the Third Coast artistically. “Rubber Grip” almost fits that definition as well due to J. Cardim’s crunked out slow-moving beat, but Fat Joe and Styles P keep the rap lineup strictly New York. “We Comin'” brings it back to the Dirty Dirty by collaborating with Oomp Camp members UNK and DJ Montay. The best cameo track may be the posse-all-in “D-Block/Dipset” joint where Hell Rell and Jim Jones join in the fun. Besides definitively proving that crews competing for the same audience in the same small region of the country can collaborate instead of beefing with each other, the Mr. Devine track bangs out a hardcore beat that everyone involved can feel perfectly comfortable on. Still it’s the majority of the songs where Louch flows totally solo that serve him best, such as the Vinny Idol produced “Mic Check”:

“Aiyyo Mr. Magic playin, big ol’ boombox
Way before D-Block, a little before LOX
Krush Groove and Beat Street spelled my name out
Fat Boys, remember Disorderlies came out?
I ‘member Reverend Run was Tougher Than Leather
Roll laces and them water mob hats together
So who’s the next Jam Master Jay – is it Flex, is it Felli Fel?
Is ‘Hova the next Melle Mel?
Is LOX the new Cold Crush, Furious Four?”

Perhaps they are. All three members of the group have improved dramatically as rappers and artists over the last decade, which makes it that much more perverse that they continue to release separate albums instead of putting out a new superjoint as a group. Sheek Louch may still be regarded by some as the weaker of three, but there’s really no good reason for it any more since Sheek raps with the strength of a “Silverback Gorilla” and his beats are on point. Don’t sleep.