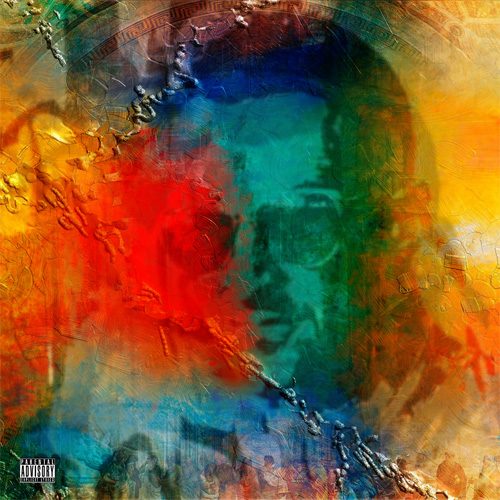 Harn Solo got a harsh review his last go around, but any aspiring artist should know, you don’t succeed by surrounding yourself with yes men. Even though it’s hard to distance yourself emotionally from your creative output, a selective objectivity allows you to take even stinging barbs as constructive ways you can improve. Patrick Taylor listed these areas of improvement for Solo: “Solo accents the last syllable of each line and goes up a few octaves higher. Combine this with rhymes that lean towards simple, and he sounds like someone doing parody rap.”

Solo proved his resilience and his ability to take Patrick’s review in stride by hitting us up with “Perfect Picture,” an album which his press kit states is the SIXTH of his career. That just goes to show he’s not new to taking critiques, be they positive or negative, but could also be indicative of one of two things. If “Shooting Star” was the fifth album, Patrick’s critique could suggest he hadn’t grown much on the first four. On the other hand into every rapper’s career a “Hard Knock Life” must fall – an album that seems drastically out of place compared to the rest of his/her catalogue. Who’s to say what was going on in Harn’s life at the time? He’s already had one upheaval in his lifetime – having transplanted himself from Los Angeles all the way to New Orleans. It may just be that he was still getting “settled in.”

One thing’s for sure listening to Solo – he doesn’t sound like a N’Awlins emcee or a Dirty South representative. Maybe after living in the area for a few more years he’ll start to pick up the accent and personality of his adopted home, but for now he sounds much as Patrick described him. I’m able to discern some stylistic similarity to other emcees though – the pattern of his vocal delivery suggest kinship to Cali artists like Jurassic 5. I’m not suggesting Solo is on their level in rhyme writing, but that inflection to his tone may be more a product of where he’s from than a “parody of rap” per se. Put another way – if you heard Chali 2na rapping with Harn Solo on his single “The Future” you’d think it was a natural duet.

“Never popped a molly I don’t wanna party wit’chu kids
Sorry like Atari I don’t want my brain to burn and fizz
I must, confess
This music builds so much stress
Wish I could have just one glance
Into the future when I will be rich”

There are times that Harn does come across as trying too hard though. The staggered groupings of syllables in “A-Plus” feel forced, and the constant refrains of “AYYYYY” were best left on the cutting room floor. I think some song titles create the wrong expectations too. “Iron Lion” implied a reggae vibe, while the mood of the CZA (Crescent Kingz) beat is anything but. It’s aggressive and a little bit harsh. “Louis Armstrong” is a better match though – it pulls in a jazz influence while not actually trying to be “jazz hop” per se. I can dig it.

I can’t get over the feeling Harn Solo is missing something though, and with only 34 minutes of music on “Perfect Picture” it’s hard to find it. The best way I can summarize it is “antiseptic.” Harn Solo does all of the things technically that a rapper should do, but at times on songs like “Jesus Piece” it comes across not as parody but as clinical – like taking a college course on how to be an emcee without having to actually rock a live audience who might boo you or throw shit at you. Harn’s obviously not afraid of criticism though. Sending us another album proves that point. Harn needs to get dirty though, and since he’s living in New Orleans, one can only hope that will rub off over time.