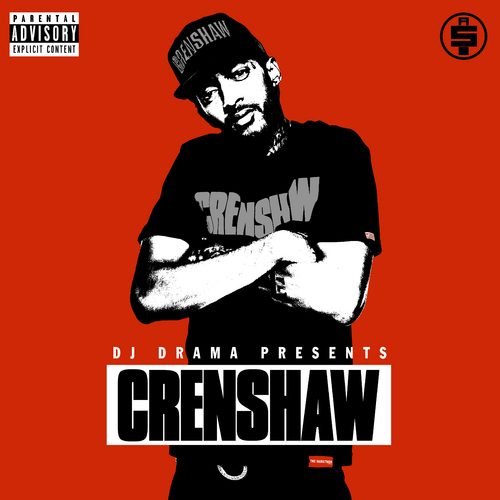 Nipsey Hussle is a very American type of rapper. That’s not to say he is a stereotype, but for the uninitiated and anybody that doesn’t live in America, let’s clear a few things up. Nipsey Hussle is a play on the name Nipsey Russell, a household name to many Americans who featured in numerous television shows across multiple decades as effectively, comic relief. Being a Brit, I’ve only ever heard the term “Nipsey” used as a slang term for anus, and until researching who Nipsey Russell was, I’d always questioned Nipsey’s choice of name. There’s no room for childish smirks on “Crenshaw” though, a mixtape so serious in nature that it often can’t be taken seriously.

Thanks to geography lessons from Ice Cube and Ice-T, Crenshaw is a place not exactly known for family vacations. There’s death, sex and money littered throughout “Crenshaw”, and whether the local authorities like it or not, Nipsey spends over an hour indulging in his position as a product of that environment. While Nipsey has been generating a buzz for a few years now, he has released this mixtape for free at DatPiff, but for those with more money than sense, Nipsey is offering hard copies of the mixtape at the jaw-dropping rate of $100. Well, he was. Claims emerged that he sold out of all 1,000 copies in one night.

Given Nipsey’s business acumen, he certainly doesn’t shy away from boasting about his wealth – it’s just not delivered in a particularly interesting manner. Where an MC Eiht is effortlessly cool and King T oozes character, Nipsey Hussle can feel rather plain. It’s songs such as the 9th Wonder produced “Face The World” and the quickly rapped “Don’t Take Days Off” where Nipsey leaves his comfort zone, that he becomes interesting. “4 In The Mornin'” is one of the finer moments, with Nipsey’s abrasiveness suiting the raw, sexual vibe of the instrumental (which sounds like some lovemaking occurring in the next room thanks to a great muffled effect). However, Nipsey is more than happy to spend songs such as “Change Nothing” acting the asshole.

While the content may be typical West Coast gangsta fare, production often leans on more nostalgically minimalist offerings usually associated with sleepy artists such as Drake. In fact “Crenshaw” feels like a Drake album if Drake was “less pussy, and more of a dick”. That’s not to say Nipsey isn’t unique, but when compared to other notable Crenshaw alum, and West Coast emcees such as Snoop Dogg and The Game, there just isn’t enough character or depth to Nipsey’s lyrics to warrant the hype, let alone $100.