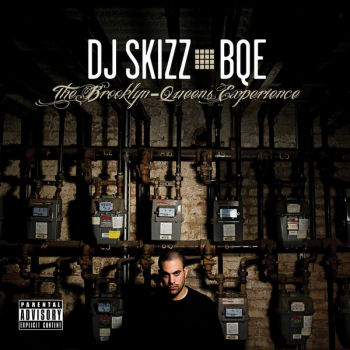 Fans of New York rap have been spoilt this year, particularly by the producers that maintain that heavy-handed hardcore sound that was most prevalent in the 90s. I’m running out of words to describe the likes of DJ Skizz, who falls in to the same category as Marco Polo, Statik Selektah, Endemic et al. Industrious and workmanlike are apt adjectives for many of these guest emcee projects, and DJ Skizz’s compilation is no different. The list of emcees reads off like a late 90s list of rappers that many may recognise, but none have really crossed over: Nature, Shabaam Sahdeeq, Illa Ghee, Rah Digga. Mixed in with legendary figures like Masta Ace and Tragedy Khadafi, current fire-spitters Reks and Roc Marciano and the ingredients are there to match up to any of the recipes that Statik or Marco have recently cooked up.

Unfortunately for Skizz, there’s only two songs where he shows his true worth as a producer: “Vio-lence” and “Let ‘Em Know”. The former is inexplicably misspelt, but given Lil’ Fame’s raucous presence, one of the better moments. He shares mic time with Ill Bill, and because they are so distinct, the overdone subject matter is more forgivable.

“Let Em Know” benefits from some much needed energy, blending pianos with the trio of Rah Digga, Shabaam Sahdeeq and Tragedy Khadafi all serving up reminders of their reliability. Khadafi seems to be on every other project that’s out at the moment, and it’s great to see him firing out strong verses with such consistency. The problem with “B.Q.E.” lies in the fact it is constantly stuck between mediocrity and flat out feebleness: songs like “Roast Ya” and “Triboro Thoro” are bland and musically the weakest efforts from Skizz, and there are quite a few weak tracks holding this album together. Decent yet unremarkable songs such as “Day in the Life”, “Sucio” and “Init2Win” fail to leave any real impression.

Much of this album fails primarily because the vast majority of the instrumentals aren’t really all that – “B.Q.E.” is distinctly less polished than similar releases from Marco Polo and Kid Tsunami, sounding most like the compilation records from DJ JS-1 from a few years ago. Sure, it’s catered to boom bap revivalists, but it’s so devoid of memorable melodies that the standard street tales fail to register. It’s precisely the type of CD you’d buy ten years ago, enjoy a couple of songs and then remember you spent $15 on it. God bless MP3.