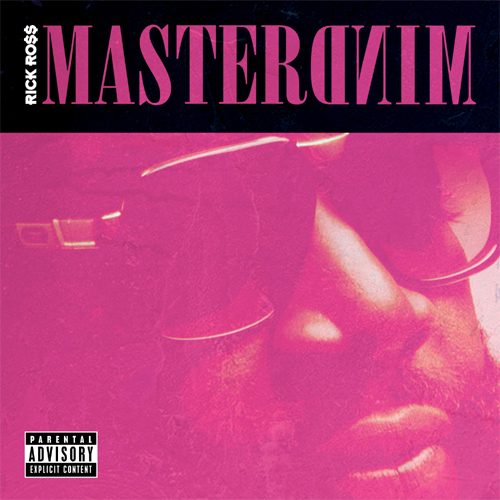 “Mastermind” is an incredibly apt name for the sixth Rick Ross album. It’s the name of a famous and long-running British quiz show where a brainy contestant sits on a black leather chair for a couple of minutes and is interrogated by the host on their chosen subject of knowledge. Once you’ve listened to this album a few times, you start to see that Ross, rather than create anything new, is effectively talking about his “chosen subject” for over an hour and dragging in anything/anyone within earshot to help him. He throws around Tupac quotes, Wu choruses, does a Biggie impression and trades bars with a guest list that goes into double digits. It may not be particularly original, but bizarrely enough, “Mastermind” ends up being arguably the best album of his career.

The problem is that it’s probably a couple of years too late. “God Forgives, I Don’t” was an instantly forgettable, overblown waste of time that sapped the steam from Ross’ impressive career arc. In an ideal world, “Mastermind” would have been his fifth – a long play with no real singles, consistently excellent production, catchy choruses aplenty and surprisingly little filler. It’s clearly designed to garner your respect, and as long as you don’t analyse it too deeply, it should succeed. Dig a little deeper (than rap), and the weak points of the entire Rick Ross propaganda story surface once again – it’s just that in 2014, his stubborn refusal to go away and decent level of artistry/lyricism mean that his audience is far more forgiving than it used to be. To put it another way, since 50 Cent’s last meaningful work (“Curtis” in 2007), Rick Ross has released five albums, with every one finding his target audience and selling healthily too (assuming this one doesn’t buck the trend).

A promising first track (“Rich Is Gangsta”) would ordinarily lead into a gigantic single, but such a song simply doesn’t exist on “Mastermind” – so instead we get a surreal double whammy of an imaginary “Drug Dealer Dreams” and Biggie homage/rip-off “Nobody”. The latter initially has you yearning for Gorilla Black to make a comeback as Rick’s impression seems rather lacklustre, but it does grow after a while. Still, there is no substitute for originality and the clear lifting doesn’t ultimately do Ross many favours. The prerequisite Jay Z duet is decent enough, but is followed by the superb “Mafia Music III” – featuring a perfect instrumental from Bink! alongside a brilliant assist through the mighty Mavado. Ironically enough, it’s the kind of beat you could actually imagine a modern day Biggie Smalls rhyming over, but Ross doing Ross straight nails it.

Apparently the MMG head honcho and Young Jeezy had issues (seriously, after a while you just tune it all out) but they have now “quashed” it. The result is alright but about as noteworthy as their initial beef. French Montana returns to help Ross in his “Hip Hop Karaoke” quest to go all ODB over “What A Shame”; the strange combination of fake cocaine dealer Rick Ross with fucking huge cocaine addict Scott Storch on “Supreme” veers into filler territory; “BLK & WHT” fares better, mainly owing to a clever chorus, but Ross doesn’t ride the tempo particularly well. After the ladies section (skit + The Weeknd track), the riotously enjoyable Big Sean and Kanye West track “Sanctified” really doesn’t need Ross popping up at the end (harsh, but fair). Meek Mill and Lil Wayne help close the standard version of the album off relatively well (even if Ross forlornly asking if “thugs cry” just sounds Razzie-worthy). The deluxe version is, for once, totally worth your money – without ruining any potential surprises for you, just know that Scarface is worth the admission price alone.

In the end, your thoughts on “Mastermind” will rely less upon your taste, and more on your stance. I’ve never been much of a Rick Ross “fan” – I can certainly appreciate his qualities, and various songs/verses have temporarily won me over. This album is surely his most consistent from start to finish, and in that respect it’s probably his most enjoyable to date. It’s just that the level of fabrication involved in almost every song FOR ME undermines the very foundations upon which his story is based. Putting that to one side, there are clear strengths (beats, hooks, sequencing, no reliance on singles) and obvious weaknesses (certain verses, feeling like a guest on his own album, borrowed subject matter and, ironically, no actual singles). His hardcore army should love it; casual rap fans should find more than a passing interest; and those who only get on board due to big singles will probably barely realise this was even released. Saying all that, you know that “Rating” button in iTunes, where you attribute one to five stars to a song? When push comes to shove, there are only about three songs here that merit that kind of mindshare – and none of those come close to his best singles. By his standards, “Mastermind” is technically a good album, but neither timely nor memorable.