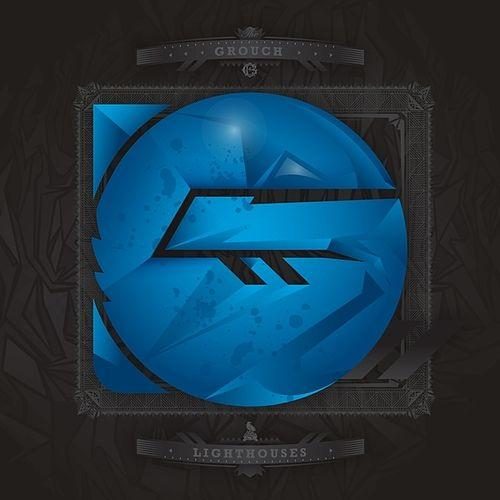 The Grouch :: The Tortoise and the Crow: Lighthouses

This is the final chapter in a trilogy of reviews, starting with “The Tortoise and the Crow” and continuing with “Nomads” last week. All three are packaged and sold as one set, but with my hectic schedule, sitting down to a triple album by one crew at once is impossible. Since I got sent the zip files individually instead of as a set anyway, this actually made things easier for me than if I had to grab the bull by the horns all at once, and figure out where I was going from there.

Thankfully there’s no BULL when it comes to Eligh or The Grouch. These are two unapologetic West coast hip-hop iconoclasts, well known to connoisseurs of good music and forward thinking rap, with a devoted cult following that expands worldwide. That’s no small feat given the modern day overcrowded musical marketplace, which has seemingly devalued the creative output of men just like them, with an abundance of free download albums of highly variable quality. As a result even the good shit winds up getting bootlegged, because an atmosphere of entitlement has grown up around Bandcamp and DatPiff, leaving it clear that if you can download it you should regardless of what it means to an artist’s livelihood.

“My deejay made this beat for me
And it’s about to get bust on
We don’t take shorts and thankfully
Abundance comes like a good storm
Out of the sky, for the love of us all…”

Don’t take that abundance for granted on “Lighthouses.” Songs like “Get Strong” are a concrete reminder that you get what you pay for, and if you got it for free, it probably wasn’t as good as The Grouch and Eligh. If it was you probably bootlegged it and should strongly consider going to the store and giving them the money they deserve. While this would be the closest thing to a “lesser” album among the trilogy, it’s still better than most of what’s out there today. I’m amused and pleased by the cowbell sounds of “My Best Teacher,” the mellow vibes of “Good Man” could cure even the harshest feelings, and while “My Garden” puts the “hippie” in hip-hop I can’t picture any hard rock hating it. In fact his songs bely his name – the Grouch just isn’t that grouchy. “Lighthouses” is a beacon shining light onto today’s rap generation.

The Grouch :: The Tortoise and the Crow: Lighthouses
8Overall Score
Music8
Lyrics8