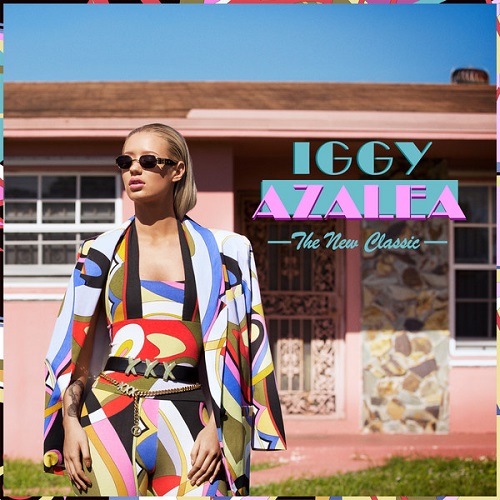 Of late, some rather old debates are making a comeback. Last year Lord Jamar reminded Macklemore and other white rappers of their “guest” status in hip-hop, while the other week Prodigy took offense to being reviewed by Jayson Greene, labeling the Pitchfork critic (via Twitter) as an “outsider peeking in” who is “not learned in this lifestyle or music” and therefore unable to “make a proper assessment” of his art. Both rappers have helped author two indisputable classics, Brand Nubian’s “One For All” and Mobb Deep’s “The Infamous,” respectively. This brings us more quickly to Iggy Azalea and “The New Classic” than the time of reflection we should reasonably schedule when contemplating rap releases who are not only 20, 25 years apart, but world’s apart.

Or are they? At the risk of angering further hip-hop luminaries, I believe that music is music and therefore rap music is rap music. Some of it is good, some of it is great, and the rest ranges from average to awful. But I also acknowledge that for practically every one of us who listens to hip-hop and rap on the regular there’s a mental line that we draw, based on whatever principles, between what we are willing to accept in rap form and what not. The combination of her looks, her origin and her music are sure to test the tolerance of some, and that’s exactly why Iggy Azalea deserves her 15 minutes – 15 minutes to plead her case the rap way, not to aimlessly strut around in the spotlight, of course.

It is my firm belief that rap should be a sphere of discourse and discussion where everybody with a minimal familiarity with the topic gets to say their piece. For more than three decades this music has traveled outside of its home territory and continues to influence tastes and opinions on a worldwide scale. It is so much part of the global pop scene that the values (and valuables) rappers talk about served teenage New Zealand act Lorde as an ironic contrast to her own reality, for instance the young love described in “Royals” that can do without status symbols. “Royals” became a huge hit and was crowned Song of the Year at the 2014 Grammy Awards, while tenuous accusations of an anti-rap (and even “racist”) sentiment some internet pundits tried to make were rightfully dismissed because most people understood Lorde’s sincere expression and the emotional and rational contribution she was making within the context of pop and youth culture. For Lorde, like for millions of teens around the world, hip-hop is simply part of their daily soundtrack, and they’ll like it, dislike it, comment on it – and at best even answer it and argue with it.

At Lorde’s age, her Australian contemporary Iggy Azalea wasn’t trying to come to terms with the often conflicting messages of American rap music, she took off to the United States on her own to eventually pursue a rap career, which this year culminates in her major label debut. Her affiliation with T.I. and his Hustle Gang isn’t immediately apparent, even as he cameos on the single “Change Your Life” and the opening “Walk the Line” betrays his lyrical influence. All the more discernible is the southern accent that she appropriates on a number of tracks. While you’re still wondering if a white female T.I. light is really “who you want in the game” (“Walk the Line”), she’s already getting her Drake on in a rather transparent manner with “Don’t Need Y’all.” The session with adventurous Atlanta group Watch the Duck, “100,” provides a sonic break, but it’s also simultaneously one of the album’s most shamelessly pop tunes and blackface performances.

The song material largely sticks to female themes, naturally from a position of power. In “Change Your Life” she’s the accomplished woman who will positively influence her prospective partner’s life, theme and tone recalling the 2006 Beyonce/Jay-Z duet “Upgrade U.” “Black Widow” details the fury of a woman scorned while singer Rita Ora gives it her best as a Rihanna stand-in. “New Bitch” is exactly what the title indicates, safe that the b word is absent from the actual song as she strictly refers to herself as “his new chick.” “Lady Patra” passes as an answer song to A$AP Ferg’s “Shabba” and while the ‘Queen of the Pack’ herself has yet to be invited for the remix, Mavado prepares the terrain with his guest appearance.

The songwriting, while mostly following the laws of pop, is suitably varied. Iggy Azalea can set up a song, whether with hooks (“Lady Patra”) or with verses (“New Bitch”). Some will find a song like “Fuck Love” terribly cynical, but it brings the album’s independent attitude to a head and chooses reason over emotion in best rap tradition. The artist isn’t immune to overly gimmicky song concepts, as the deluxe edition bonus tracks “Rolex” and “Just Askin'” suggest. It’s when she keeps it simple and relies on her indeed present swagger that the Iggy Azalea character works best, see “Fancy,” her collaboration with British indie pop singer Charli XCX over a beat straight out of the E-40 catalogue, or the memorable “Work,” which cleverly subverts the expectations raised by the melancholic beginning by literally getting busy with its “I been up all night, tryina get that rich / I been work-work-work-work-workin’ on my shit” break. “Work” is also the lyrically most ambitious offering plus gives a noteworthy nod to Miami’s music history with its 2 Live Crew sample.

“The New Classic” has been accused of being an interchangeable product of mainstream pop music. Iggy Azalea isn’t a trailblazer, that’s for sure, but that also means you can only blame her for taking a path others have long turned into a highway. Musically the whole thing is fairly competent, a typical rollercoaster ride with rapping and singing (in that order), the orchestration alternating between stadium sound and intimate atmosphere while injecting small but potent doses of dance/dubstep. British production teams The Invisible Men and The Arcade collaborate on the majority of the tracks, providing a professional sound for a clever, contemporary pop rap album. The rapper herself may not possess the charisma and creativity of a Missy Elliott, but she’s largely in charge and doesn’t simply change costumes but actually puts effort into her songs and raps with conviction.

Of course this is music that is chiefly sincere about its prospects of success, without particular care for integrity or authenticity. The whole Iggy Azalea story as it’s presented on this album doesn’t get much deeper than the “No money, no family / 16 in the middle of Miami” line she uses on two occasions. There’s simply not enough substance and individuality for me to call this a good rap album. But at the intersection of rap and pop it doesn’t embarrass either side and I will freely admit that I absolutely enjoyed a good number of tracks here, not just the sure winner “Work” but also the ballsy “Goddess,” the trashy-classy “Fancy,” the simply fun “Bounce,” and even the overly dramatic “Black Widow,” the self-serving “Fuck Love” and the exploitative “Lady Patra.” Perhaps it really boils down to whether you can bring yourself to welcome someone like Iggy Azalea in hip-hop (or more precisely US-American hip-hop). At some point it will be too late to object against the gentrification of hip-hop, and I absolutely understand when some feel compelled to raise the red flag right now. That’s not my job, though. I’m just here to tell you that “The New Classic” isn’t that good but isn’t that bad either.