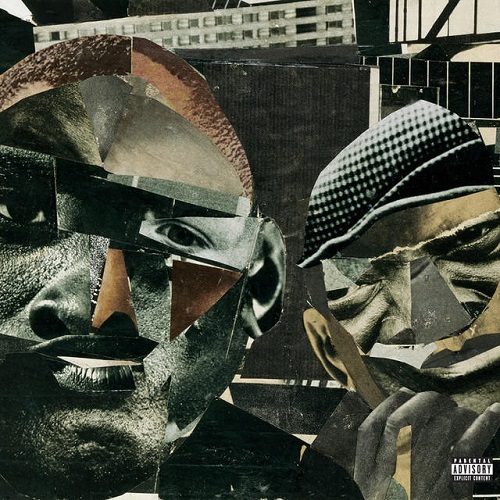 The Roots :: …And Then You Shoot Your Cousin

If you thought “Undun” was too short for a Roots album then in the words of a currently popular pro wrestler “I’VE GOT SOME BAD NEWS.” The Roots’ latest album “…And Then You Shoot Your Cousin” is even smaller at just over 33 minutes, meaning their side project with Elvis Costello last year was 67% longer than this album. I don’t want to inundate you with a lot of boring statistics, but I do need to illustrate to some degree that this is The Roots of now and the future. They were already hella busy as Jimmy Fallon’s house band on “Late Night” and now that he’s been promoted to “The Tonight Show” they’re in a MORE prominent spot as Fallon vowed to keep his format largely in tact and just move it up an hour to Leno’s slot.

If the pressure of being in the late night spotlight is taking a toll on the Philadelphians they aren’t letting it show in the QUALITY of the music on “Cousin.” Black Thought continues to be among hip-hop’s most insightful lyricists, sharing rarified air with the likes of Illogic, Murs & Slug among others. Thought admitted in advance of the album’s release that “Cousin” would be a satirical look at violence in America generally and hip-hop specifically. That’s easy enough to glean from the short interlude song “The Devil” when you hear deep rich baritones imparting the words “So don’t it strike you funny when you look him in the eye? The Devil looks a lot like you and I.” The wealth is being spread around though, as long time Roots affiliate Dice Raw opens the follow-up “Black Rock”:

Dice Raw: “Yo what’s for breakfast? Same as yesterday
Oh that’s right – cheeseburger and a forty ounce
Then what’s for dinner? NOTHING, nigga!
But last night I had dreams of a porterhouse”

Raw and Thought are an ideal tag team for the deconstruction of the American dream, pointing out that hip-hop and society offer up false promises they can’t deliver on.

Black Thought: “Yo – the dead drop, way until the AM
Mumbo jumbo niggaz onomatopeia’m
Call it how I see ’em, ain’t no rhyme or reason
On to some different bullshit every day just like per diem
Out of bandwidth, animal anguish
So love no bitch, ‘die rich’ is the language
Guilty of sin – dependin on the reeds shakin in the wind
Just a question never answered out here lookin for its end”

The album is designed to be viewed from several different narrators with differing perspectives, but the bleak view doesn’t change a whole lot. As explained on the hook: “Nobody wins, but nobody cares.” That doesn’t sound like a lot of fun, but if you’re going to find the beauty in melancholy few hip-hop bands articulate it as well as The Roots can. There’s hardly a point where “Cousin” gets happy-go-lucky or lets you feel like “everything’s gonna be alright.” It comes close on “The Coming” featuring Mercedes Martinez, but only for a moment – the second half of the song unravels it and drags you down deep beneath the Earth like you just mocked the Grim Reaper and paid for it. Martinez: “I hear somebody screaming again.” Indeed.

Some albums can be listened to in any random order but if you really want to appreciate “…And Then You Shoot Your Cousin” you have to follow the progression the way The Roots have laid it out. The closing song “Tomorrow” is the album’s longest and most hopeful, as Raheem DeVaughn croons “Everybody needs an angel, and everybody needs to smile” but tempers that hopeful note with “Everybody wants tomorrow right now.” If that doesn’t sum up the American “get ahead at any cost” obsession both inside and outside of hip-hop, I don’t know what does. There’s not a whole lot to dislike about “Cousin” other than (A.) it’s over too soon and (B.) it would be nice to hear a little more from Mr. Thought. It shows the strength of the group to pull off an album where he is more a part of the chorus than the featured soloist, but as noted earlier it’s his strong lyrical construction and (pun intended) thoughtful rhymes that make a Roots album what it is. Less can in some respects be more, as these 33 minutes are strong enough to satisfy, but for some his frequent absence may make this a more bitter pill than it already is. The production is ultimately enough of a spoonful of sugar to make it easy to swallow.

The Roots :: ...And Then You Shoot Your Cousin
7.5Overall Score
Music8
Lyrics7