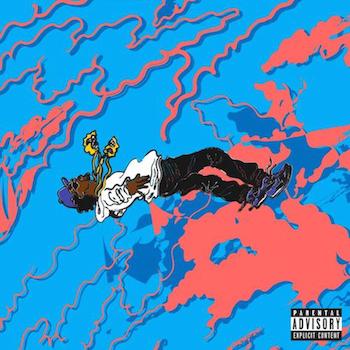 There has been a quiet revolution going on within hip-hop over the past few years: good kid rap. Chance the Rapper, Kendrick Lamar, Sage the Gemini and Iamsu! are part of a new breed of rappers who may have grown up surrounded by gang bangers and drug dealers but didn’t participate in the lifestyle. They don’t celebrate self-destruction in their raps, but they also aren’t as explicitly conscious as Talib Kweli or Common were back in the proverbial day. They aren’t as nihilistic as the rappers coming out of Chicago’s drill scene or the Odd Future gang (although Earl Sweatshirt could be called a good kid rapper), and they don’t celebrate ridiculous excess like the Migos or Rick Ross or Jay Z or most mainstream rappers. These are kids rapping about what kids care about: friends, girls, and trying to make sense of the world.

Sudan Ameer Williams, better known as Iamsu! embodies this new breed of rapper that’s not gangsta, backpack, macho, or overly materialistic. He was born and raised in Richmond, California, a city of 100,000 wedged between the aging hippies and university students in Berkeley and a Chevron oil refinery. Richmond has a reputation in the San Francisco Bay Area as a dangerous place, a reputation which isn’t totally unearned, since it was once the 12th most dangerous city in America. (When I moved to nearby El Cerrito, two different burglar alarm salesman showed up on my door, and El Cerrito’s proximity to Richmond was the basis of both their sales pitches.) Despite coming from a city best known by outsiders for its murder rate, Iamsu!’s music is dreamy and mellow. If you only knew about Richmond from “Sincerely Yours,” you’d get the feeling it was some idyllic town where the only problem young men faced was having too many girls to choose from and too much money. On “No Secret” he raps:

“I see the Forbes List like this where I need to be
I was a youngun on his grind, mind on money
With his side kick thirsty trying to aim young honeys
Now I aim is to the top, never change, never stop
I was a good kid, never had to hang on the block
But the hood still cheering for him, burb still cheering for him
Made it out the Bay, overcame let’s hear it for him
But never forgetting where I came from”

“Sincerely Yours” is a low-key album. Iamsu! sings most of his rhymes over a series of melodic, dreamy beats. It’s what I ended up liking most about the album, but it was also what made me sleep on this album and his mixtapes. He doesn’t make the most banging music in the world. It doesn’t have the flash of a lot of stuff on the radio, even songs that feature him. Half the songs are slow. Things don’t really take off until the last third of the album when the familiar pulsing hyphy beat kicks in and people like Too $hort and 2 Chainz show up.

Ironically, those more uptempo, club-worthy tracks are also the least interesting songs on the album. They tread the same musical and lyrical territory as a hundred other songs on the radio. “Back On Your Mind,” “What You ‘Bout” and “T.W.D.Y.” are all basically different versions of the same song, which also happens to be the same song DJ Mustard has been constantly rewriting for the past twenty-four months. It’s a good sound, but every other song on hip-hop radio has that same minimalist beat, the same chanting “yeahs,” the same farting bass. The prettier, more contemplative beats by The Bizness (“No Secret,” “Girls,” “Stop Signs”) are far more interesting, and see Iamsu! rapping about less played out subject matter.

Iamsu!’s music has something lacking from a lot of recent hip-hop: Fun, and not the fun of being in the VIP section of a club none of the listeners could afford to be in even if their outfits made it past the dress code. Iamsu! is all about meeting cute girls at swap meets, hanging out with friends, getting high, and basically living like most late teens and early twenty-somethings live. While “Sincerely Yours” offers some decent club hits, it excels when Iamsu! is being sincere. Maybe good guys do win sometimes.