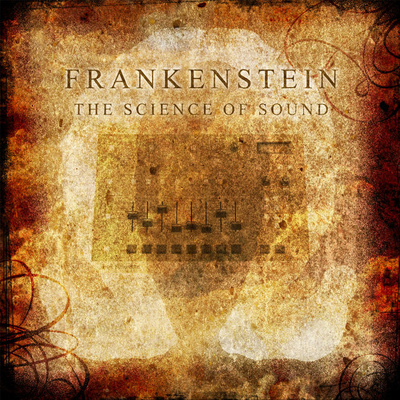 Frankenstein :: The Science of Sound

Frank ‘Frankenstein’ Fallico was part of a second wave of Canadian hip-hop artists who emerged in the mid-’90s and carried their country’s rap scene into the modern age but failed to create a sustainable business model for their generation. Along with Saukrates, Choclair, Thrust, Kardinal Offishall, Ghetto Concept, Citizen Kane and the Rascalz, he did the 12″ grind and even released something resembling an album, “UV” (first as a vinyl EP in ’97 and later extended to the CD format). Since 2000, the rapper/producer had been practically silent, but now Ill Adrenaline has decided to compile the majority of the material released on his own Knowledge Of Self label, a retrospective that may very well result in a full-blown resurrection.

There’s a peculiarity about Frankenstein’s ’90s output that, while not defining him entirely, gives his music a familiar note. He sounds really a lot like Havoc from Mobb Deep. Vocal similiarities in rap are often coincidental, and this one may be as well, but there’s irrefutable evidence that the Toronto representative was rather impressed with “The Infamous.” The distinct Havoc drawl of “The Rain Is Gone” is complemented by Prodigy scratches. “Sparking Intellect” too opens with “Shook Ones” samples and recites the line “Speak the wrong words, man, and you will get touched.” There’s Mobb/”Shook” wordplay in “What Does it All Mean” and on “Agony to Ecstasy” guest Afrolistic quotes “And when the things get for real my warm heart turns cold.”

In his defense, there are other samples and similitudes (ranging from Gang Starr to a slew of East Coast contemporaries), and while he happens to recall Prodigy’s partner in rhyme, he’s not out to evoke Havoc the producer. One could also easily expand the sphere of Frankie’s immediate influences from Mobb Deep to Queens rap of that period in general. Tracks such as “The Rain Is Gone,” “Quiet Storm” (no relation to the later Mobb song of the same name) or “Sparking Intellect” recall the likes of Organized Konfusion, Mic Geronimo and Large Professor in terms of lyrical reflection and atmospheric beats. Obviously “The Infamous” possessed the same qualities, the major difference being its distinct street edge that didn’t rub off on Frankenstein at all. Nevertheless some of the sentiments are shared, see the reproachful “The Rain Is Gone,” which addresses former friends both physical and platonic. There’s also a conscious-spiritual-esoteric undertone to tracks like “Agony to Ecstasy” (which ironically brings to mind Cincinnati group Mood, whose MC Main Flow used to come across like a Prodigy copy-cat) and “What Does it All Mean,” which is essentially battle/backpack rap done with Mobb Deep methods:

“I lay by day and walk at night all alone
and write the def [/death] poem from the basement of my home
[…]
I like to talk about the afterlife and where goes the soul
I’m all caught up in things I just can’t control
[…]
Frankenstein be the focus
You can sit and analyze and never understand the process
of the mind when behind closed doors
Feel the pain on the strain on the blood-stained floors
Come to the evil dungeon if you dare
where the truest MC’s face fear
Yeah, cause even the strong sometimes ain’t sure
It’s a bitch when you feel insecure”

Frankenstein’s signature tune is his solo debut, 1995’s “The Pain” (originally “Frankenstein’s Pain” by Dr. Frankenstein). Offering, “They call me Frankenstein for the way I combine / the ill-type production with the ill fuckin’ rhyme,” the song makes the most obvious references to the famous alias (including a – serious sounding – quote from a Mel Brooks spoof). Frank isn’t exactly going all tormented artist on us, but the depressed tone sits stubbornly next to the creator’s pride to “produce the type of shit that make you love hip-hop.” He’s certainly earned the bragging rights for the tailor-made production, which may include steadfast drums but still gives off a somber, even slightly eerie vibe. 1996’s The Pain (Remix)” (originally “The Pain Remixx”) took the swing out of the rhythm section and instead created an austere yet cinematic atmosphere not unlike Spencer Bellamy’s East Flatbush Project work.

“The Science of Sound” also includes Frankenstein’s early work with local partner AZ as Delphi Oracle. Their 1994 tracks not only have a West Coast slant (think Pharcyde and Freestyle Fellowship), they’re so homespun that you can pretty much pinpoint 1995 as the year he got the hang of this hip-hop production thing with “The Pain” and its B-side, a vibesin’ remix of the Delphi Oracle track “Peace and Quiet.” From then on Frankenstino brought a series of fresh tracks to life in his studio facility he repeatedly refers to as the “evil dungeon,” not so much experimenting as sticking to the various beat blueprints of mid-’90s underground hip-hop with potential mass appeal. There’s always that certain forward motion to his productions that lets them gently breeze by, leaving you in a refreshed state. It’s probably no coincidence that his DJ Premier study, the bouncy “The Projects (Remix)” is influenced by later ’90s Primo rather than the more elaborate classics.

At the same time Frankenstein seemed to narrow his subject matter to being a full-fledged hip-hop artist, often boasting about both his beatmaking and his mic skills (“Still a threat to the average MC / Legendary like the 12-double O SP / Graduated to the 3-triple O MP'”). He kept his tracks running even when he was done rapping (a rare quality indeed) and penned veritable indie manifestos:

“Watch me speak the ill thrill when vocabulary spill
Recognize that it’s built for the streets to really feel
As we pound the underground, earthquake the concrete
Like Electric Boogaloo, Breakin’ 2 and Beat Street
Rise in front of your eyes as we start to enterprise
and grow with the flow in something we specialize
Shit is outta control, we scope through these webpages
Watch hip-hop penetrate heads of all ages
Stages and lights, cameras, action
Hit the record store with even more transaction
Build locally, spread it over globally
Started from the streets through ghetto beats and kids flippin’ up the poetry
Y’all know the story, here’s the moment of glory
Respect for shizznot, T-Dot got love for me
Strategic, believe it’s still the best kept secret
Constructed by the projects but the world needs to peep it”

Even his most radio-friendly single, “UV,” basically blasted competition and commercial rap in particular. Acting as an alternate version of “The Rain Is Gone” but applied to hip-hop, the song comes across deceptively mellow with a widescreen Easy Mo Bee sound and a female singer, while Dr. Frankenstein diagnoses the music as “soon to be saturated, overly contaminated / kinda fucked up when the majors penetrated it” and offers to put wack rappers out of their misery.

Frankenstein was an artist who went about his craft with great care, that much is clear. Songs like “The Rain Is Gone,” “The Pain” and “What Does it All Mean” are pure hip-hop bliss and the rest is quality rap fare, not always totally original but infallibly taking you to headnod heaven. The man with the highly appropriate metaphorical name could have had a formidable underground career, but like so often it just wasn’t to be. It couldn’t have been his misguided use of the n word because that faded quickly. His Canadian provenance certainly played a part. Maybe he should have pursued his philosophical leanings more vehemently. (Since the ’90s didn’t produce that much rappers who said things like “The whole world’s trivial” and “Days that I spend, but nothing ever changes / I wish I’d leave my body and travel through the ages.”) Or maybe it’s a good thing he largely stuck to what he knew and what we know, or we wouldn’t be reminded of such a confident and composed and curious musician throughout the 80 minutes of “The Science of Sound.”