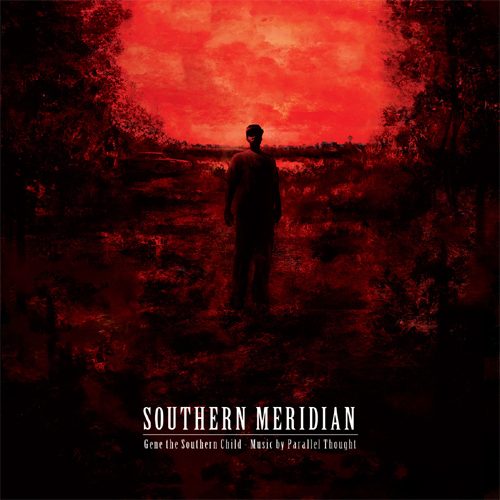 Gene the Southern Child is one of the best Dirty South rappers to cruise around with the top down to. His syrupy Alabama drawl is as soothing as the promethazine melodies supplied by his partner in crime Devin the Dude or Eightball, but the answer is in the question – “already established.” Thought picked a diamond in the rough and offered his polish, and the soulful brassy yet dark and moody sound of “Loyalty & Luxury” shows how they shine.

This suave team of bling and swing could have put this one out through regular retail, but in a networking move (pun intended) to get them greater exposure, this album has been featured in commercials and bumps during the El-P and Killer Mike to Aesop Rock over the years. Their musical choices reflect their programming choices – unusual, independent, and more than occasionally offensive – all in a good way. They pride themselves on going against the grain, while Gene the Southern Child prides himself on gripping grain.

“Southern Meridian” is one of those rap albums tailor made for the summer. Even though Gene is down as fuck and ready to bust a hater quick, his calm and measured delivery suggests you’d have to make an extra concerted effort just to get under his skin. He’s as cool as the proverbial other side of the pillow. Even when he picks up the pace on a track like the electronically wired “Smackman,” he doesn’t sound peturbed or stressed – it all comes naturally.

“You know the motherfucker love to talk about the scraps
AK-9, fo’-fives and the Macs
And if you gettin money then you better get a gat
No I ain’t gotta go nowhere and come back
We scrapped all the time bitch, how you like that?
Ol’ slick killer sittin there talkin like it’s cool
What’chu thought, that a nigga was fin’ to play wit’chu?
Do you understand nigga, do you motherfuckin copy?”

Copy that Gene. Over the course of 14 tracks and 43 minutes, the Southern Child keeps his composure and lets the water splashed his way duck roll straight off. “Calvary Dust” is country on a whole new level – you can actually hear the insects chirping outdoors. It makes you want to grab a jar of moonshine and start sipping. “If you cain’t look me in my eyes you don’t believe in yo’self” and “you ain’t no killer, you a book on the shelf” are better verbal smacks than all the shouting a hundred other more animated rappers could provide. That’s what makes “Southern Meridian” a winner from start to finish – the natural confidence that the charming Gene musters in every bar of every verse. There are very few emcees I can say I like more each time I hear them – but Gene is one.