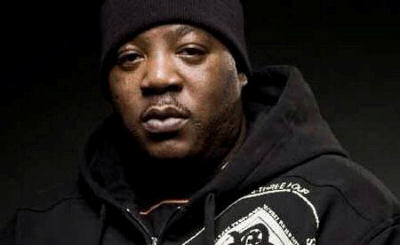 M.O.P. once famously told everyone to “Ante Up,” and now, fourteen years later, Billy Danze of the Mash Out Posse is looking to ante up in a different way, with a new label, and a goal of changing the current landscape of the music industry.

Danze’s label, We Build Hits, is one he describes as “an artist coalition,” featuring acts from all across America and Canada.

“I just need to change this music business,” he says of his inspiration for launching the company, “we all understand that, even though we all can’t say it, but we need to change the music business because the people who are quote-unquote ‘in charge’ are kind of like puppets. Their strings are being pulled by a higher person who don’t even have any understanding of what hip-hop is, they just want the paper out of it.”

In order to make this change happen Danze will be combining an investment of his own money with a crowd funding effort via a recently launched Indiegogo campaign that will run through October 11th.

RapReviews caught up with Danze to find out more about his vision for We Build Hits, and discuss some M.O.P. history, including the first time he heard an M.O.P. song on the radio, and what the incredible fan support they’ve experienced over the years has meant to them.

Adam Bernard: With everything you’ve been through in your career, what are some of the things you’re making sure you provide for the artists you work with on We Build Hits that either you found helpful in your career, or simply wished you’d had?

Billy Danze: What I did have in my day, I was able to come into the business at a time when the record company execs, owners, CEOs, A&Rs, actually had passion for the music. They listened to an artist and could tell, or could feel, that artist was serious. Nowadays they want you to go ahead and get everything going on your own, and then they’ll come in and take a big chunk of it, which is totally unfair. What we do with We Build Hits, we put the artist in a position to win. In some cases, some of these indie artists will not sell a lot of albums, but the way we have it set up at We Build Hits is if an artist sells a small amount of records they can still make good money, because we’re not taking all of the money. We’re not taking a big percentage of their money. We’re not doing that at all.

Most of the artists are from the urban communities where there’s not a lot of money moving around, so when someone offers them a little bit of money they hurry up and jump on it, they don’t look at the fact that they may be signing over what belongs to their grandkids 60 years from now. We’re giving them an education in the business, and we’re putting them in a position where if they’re not the most popular, or the highest selling artist in the business, they’re still gonna make money, which is important.

AB: As an artist you’ve done the major label thing, and the indie label thing. Now that you have your own label, give me your worst horror story from your time in the industry.

BD: Most of the bad experiences that I’ve had were with promoters trying to use the artist to get ahead in their city, or their town, or country. As far as the companies I was signed to, I never really had (a problem) with them, because they had a clear understanding that I wasn’t gonna have no bullshit. My family wasn’t gonna have no bullshit. Whatever the deal was, it’s what the deal was. Nothing changed about it. My horror stories are more about the janky promoters. There was one time, in one city, where we actually had to go and rescue one of our own because the promoter was like, “We’re not gonna let this person go if M.O.P. don’t come and perform.” We straightened that out. Everybody’s still here.

BD: {*laughs*} You know what, I left him standing. How about that?

AB: OK then! Going back in time a bit, I think a lot of people think either “How About Some Hardcore,” or “Ante Up,” would be the moment M.O.P. “made it,” but what do you consider your biggest career altering moment?

BD: My biggest career altering moment was the same as the biggest life changing moment, which was when I actually heard my record playing somewhere other than my own stereo at home. It may not sound like much, but for a kid coming off the streets of Brownsville, Brooklyn, with literally nothing, to hear your record being played, and to even have a shot at becoming something, becoming successful, was really a lot for me. That was really big.

I’m very grateful for the people that put me in the studio, for the people that supported me through all of these years, and all the ups and down of my career, and the ups and downs of life. I really credit my sister a lot for actually covering me before and after my mother passed away, because she knows how important winning is to me, regardless of what I do. Even when I felt like I wanted to stop, and give up, she always kept pushing me.

AB: You had moments when you felt beaten down by music?

BD: Of course! Everybody will get that. The thing about me is I’ve never considered myself to be a rapper, but sometimes, every now and again, when I think to that “I’m a rapper” mode, as my boy Lucci Loner, who’s one of the artists that’s under the We Build Hits banner, says, his bank account isn’t matching his flow. There was a time when I felt like my bank account wasn’t matching my flow, and I was a little bothered by it. I did have money. I had more money than a lot of the other artists in my era of music, but I just felt like I deserved more.

As far as records go, I think M.O.P. creates incredible records. Of course, radio never really gave us a fair shot, but I ask myself, and I’m honest with myself, how could radio give me a fair shot when I’m not making records for radio?

When I get those downtimes I get right back up because what everybody has to understand is that Billy Danze and Lil’ Fame together as M.O.P., we are the people’s champs, so anywhere you go in the world people love M.O.P. and they give us a lot of support. I’ve seen multi-platinum artists that can’t go to the places M.O.P. goes.

AB: Circle back for a minute. You mentioned the first time you heard one of your songs played on the radio. Do you remember where you were, and the circumstances?

BD: The first time I heard the record (“How About Some Hardcore”) play I was in my hallway, and a car drove by playing the record. Back then there used to be these really loud systems in cars, and a car dove by playing the record, and I immediately ran in the back in the apartment and started fumbling through the radio trying to find it. I forget what station it was, but I found it, and it was live on the radio, and my mother was happy as hell. She didn’t know what was going on at first, she just heard me keep saying, “My song is on the radio!” She was happy as hell, I was happy as hell, and it was like, man, this is something that my family wasn’t supposed to do according to society.

AB: That must have been quite the scene. You running in and going straight to the radio.

AB: Everybody was happy it was good news! Speaking of good news, I’ve heard you plan on releasing a new M.O.P. album later this year. What can you tell me about the project?

BD: We just released the single, which is “187,” and we should have the video together soon.

AB: What’s been going on in your life that’s currently inspiring you to write?

BD: Here’s what’s happening to me, I’m getting in shape, and I’m feeling like this is easy for me to do now. It’s still a job, but it’s feeling so much easier to do. It’s happening with no pressure now. At one time I felt pressure to write music, now there’s no pressure.

All of the artists under the We Build Hits banner … they’re giving me this new burst of energy, not to try to keep up, or try to compare myself to them, but just because they have this great work ethic, and you gotta lead by example, too. They’re giving me a push, they’re giving me a boost, by being so talented, and having so much going on, and working so hard. It’s rubbing off.

BD: I just did ten rounds on the bags. Four rounds on the heavy bag, four rounds on the double end bag, two rounds on the speed bag. That’s all I did today. I do boxing. I’ll do the elliptical, or the treadmill. I’m in the back, I’m flipping the tractor tire, I’m jumping rope. I do a little bit of lifting, but I don’t really wanna get big like that, you know.

AB: Moving from the gym to the road, you’ve seen the world numerous times. What’s the most lost, or out of your element, you’ve felt in a foreign country?

BD: {*laughs*} When I first started going to Europe there was no food. There are a lot of different things I don’t eat, and trying to eat in Europe was hell. For two months straight I ate powdered eggs and cheese.

AB: It sounds like you need a food hook-up over there.

BD: Now I’m good, because everything’s advanced, but I’m talking about when I first started going. They got everything I need over there now. I eat like a king over there.

{Billy Danze gets recognized by a fan on the street, and has a quick conversation with him}

AB: That was awesome! I’m keeping that in the interview. Speaking of awesome things, why don’t you close this interview by telling me the wildest thing you’ve seen, or experienced, while on the road?

About four years ago we did a show in like Germany and a dude walked up to me and showed me a picture of me and him as a kid, and now he got a kid, and he brought his kid to the show. He said, “I will never not support you guys.”

It seems like M.O.P. got a lot of people through a lot of bad times, and people appreciate that, and they keep pushing us to keep going.

I would say the best thing that I’ve experienced out of this whole thing, or that I’ve seen out of this whole thing, is the passion that the fans have for an average person like myself. Other people don’t consider me to be average, (but) I’m still me, so (I feel) I’m average. To see what’s equivalent to what the people that I look at as superstars, for people to embrace me the same way, it’s priceless, man.