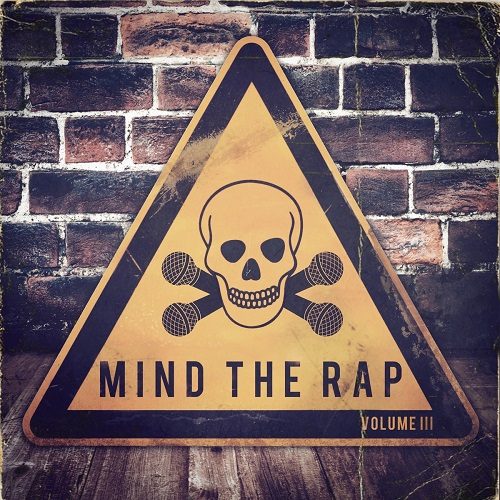 The music industry landscape has changed too much for anybody to be “the new Rawkus” or “the next Fondle Em.” The sheer amount of material that you can download for free (legally or otherwise) means that no indie imprint can release a slew of hot twelve inch singles and underground albums and gain that reputation as a “must buy” each time out no matter how well deserved. Rappers seem almost resigned to this dilemma, knowing that even if they get the perfect label as a partner who won’t interfere with their music creatively, they’re still rowing upstream without a paddle trying to get people to buy it.

Despite the odds against success in becoming the “it label” of underground rap in the post-iPod era, the Illect imprint has still decided the effort is its own reward. There’s still something to be said for making a commitment to finding the best up-and-coming artists, working with the best producers, making the best music worth sharing with the masses. Illect carefully cultivates this talent while acknowledging the realities of today’s digital landscape. Illect is even letting fans choose which album they’ll give away for free, and while you’re helping them select downloads, they’ve got a sampler you don’t have to wait for a vote to be tallied to enjoy.

Now I can’t bullshit you – the Les McCann “Go on and Cry” sample has been done to death in hip-hop – off of a R&B album that’s as old as I am to boot. Warren G flipped it. Crooked I flipped it. Lords of the Underground too. Hell even French Montana used it for “Tap That” thanks to the production of Harry Fraud. Even an overused loop can be dope though if the right emcee comes along to bless it, and as far as I’m concerned K.I.N.E.T.I.K. is that dude. The London emcee spits words of wisdom on “Zone Out” as he bemoans the fact that “we used to pray before we ate, but now we take a picture first.” Ah! It’s that damn technology again AMIRITE? Didn’t stop him from uploading a dope video of the song to YouTube though.

There’s a wide variety of talent on “Mind the Rap Volume III,” an album that would nearly max out the almost antiquated CD-R limit of 74 minutes. Theory Hazit & Toni Shift’s “Concealed Sorrow” cuts deep with the chorus “I keep on faking, I keep on crying” and a tale of suicidal despair, but the vocal pitch is what appeals to me the most – eerily reminiscent of Quasimoto in a way I mean as the highest compliment. The DJ Because scratching on Sivion’s “Everything Is Everything” makes the boom bap track a throwback to those bygone Rawkus days. We haven’t reviewed Japhia Life since 2000, but “Cloud” shows he hasn’t lost a step.

“See I started rappin’ in ’94
Why you think I sound like I’m from the 90’s fo’?
Back when you had to make sense, not just make cents
‘Round the time the good Lord was knockin at my do'”

The line-up of some of these songs is straight up ridiculous for a free album: Wildchild, Ozay Moore, Braille and Ohmega Watts ALL get down on the Theory Hazit track “Modern Marvels.” I actually feel remorse that they gave this one away for free. One thing does eventually crop up over time on “Mind the Rap Volume III” that I feel obliged to mention there’s a faint but noticeable stream of Christianity that runs through Illect’s music. Anybody who noticed that the imprint is virtually a successor to Uprok Records won’t be surprised by that, but as with other releases Illect doesn’t go around slapping you upside the head with a Bible. It’s no surprise when you see some of Xian rap’s bigger names like KJ-52 contributing on tracks like “Scribbling Idiots” though, along with emcees not traditionally associated with that subgenre like Copywrite – he can be heard on Cas Metah & Wonder Brown’s “Drowning Man.”

At the end of the day Illect could probably never be the new Rawkus with that undertone anyway, because no rapper on the label will ever ask the girls to rub on they breast-eses. So be it. Dope is dope no matter who you pray to (or even not at all) and for the low low cost of NOTHING it’s hard to get more value than you can find out of “Mind the Rap Volume III,” which puts the headnod ahead of God and lets subtlety rule the day.