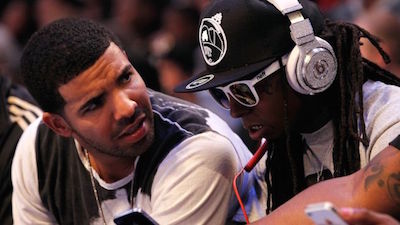 Have I Become Too Picky With My Hip-Hop?

I started listening to hip-hop in the late 80’s, and have been writing about hip-hop for nearly 15 years. That said, for the past handful of years I’ve been enjoying less and less of what I hear. This certainly hasn’t been due to a lack of available albums, as we’re all inundated with a plethora of new releases on what seems like an hourly basis, so this leads me to wonder if hip-hop is in an era of artistic decline, or if I’ve simply become too picky regarding what I listen to.

I will openly admit my tastes have changed over the years. I’m no longer wowed by the majority of punch lines, similes, and metaphors, as I’m finding them to be overused to the point where they’ve now simply become a cliched way to try to get a reaction from a crowd.

I’m also not a person who feels the need to jump on musical bandwagons. You like Run The Jewels? Awesome. Personally, I’m not a fan of the majority of El-P’s work. If you are, I’m happy you have some new music to enjoy, it’s just not my cup of tea.

What traits do I look for in a hip-hop album?

Here are the four big ones.

This is a rarity, because after 36 years of being alive, 25 of which have been spent listening to hip-hop, I’ve heard a heck of a lot. With that in mind, I get very excited when I hear something I feel is equal parts different and great. This year the artist that did this for me was Kate Tempest. After getting just two tracks into her standout album, Everybody Down, I was so floored by the mix of poetry and vivid storytelling that I immediately hit up her publicist to set up an interview (which was featured on RapReviews earlier this year).

2) It says something I can relate to

I realize the vast majority of hip-hop is not made with people my age in mind. Hip-hop is a youth culture, and, respecting that, I would never demand artists cater to my desires. That said, there are rare times when I hear an album and feel like the artist is speaking either directly to me, or for me. Because of how rarely this happens, I consider these albums to be incredibly special. This year, Homeboy Sandman (Hallways), Toussaint Morrison (Edo), Illus (Behind The Mask), and Lee (16 Reasons To Buy This Album) have all released albums that fall into this category.

3) It says something I feel is important

Another “wow” moment for me is when I hear an artist who has a great personal philosophy, or worldview. This was why I was so impressed the first time I heard the work of Bryant Dope, whom I interviewed for RapReviews last month. His mix of tackling social, as well as personal, issues, while presenting everything in a passionate, but not preachy, manner is the kind of hip-hop that makes me want to do more to change the world. I’m always down to listen to that.

4) It makes me feel good

Reading that short list of qualities I look for in a hip-hop album you may say, “Adam, that all sounds incredibly reasonable. Why do you think you’re too picky?”

The pickiness problem comes in when I look at my year end “Best Of” lists, and I see that between LPs and EPs there are less than 20 hip-hop releases that I’ve enjoyed this year. We have more music coming our way than ever before, yet I can’t find 20 hip-hop albums that have been released in the past eleven months that I want to listen to.

Has the quality of the hip-hop being released plummeted, am I simply relating to less of the music, or have I become a supreme hip-hop snob, the type I hoped I’d never become?

I can only say one thing for sure; I know what I like, and I’m not hearing enough of it.