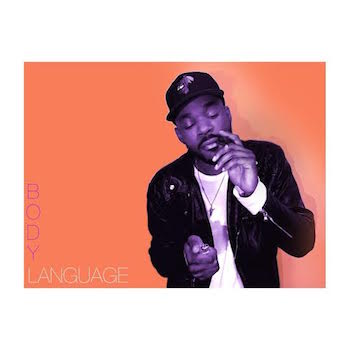 Jamie Jermaine is reputed to be the hottest new thing out of Atlanta, “combining several elements of R&B and hip-hop” on his new EP “Body Language.” Hmm. So that just tells me he’s the latest Futureor T-Pain. Slightly more informative is the fact that “Jelani Kwesi, Evil Needle & Israel Negasi lay down the production” – not that I know who any of them are – but at least they’re names I can remember later if Jermaine really is all that.

“Thug Passion” is produced by and features JeLa Soul, which I can only assume is Kwesi’s hip-hop nom de plume. The song is fairly representative of what Jermaine has to offer. The sing-rap is pretty basic – “f#%! it let’s jump out a window/slow motion to the tempo/stay smokin on that indo/doin dirty deeds with my kinfolk.” I think Tupac Shakur might actually be rolling over in his grave, but if I had to hazard a guess, Jermaine is probably young enough that “All Eyez On Me” was before his time. The beat’s good, and I like the way it’s chopped up and slowed down for the last minute and a half – it’s just that sharing a song name with ‘Pac ain’t a good fit.

As I pore over this five track EP I’m trying to discern what’s new, different or special about Jermaine. Production is really the best thing he’s got going for him though. I like the crackling record sounds that Evil Needle factors into “Gleam,” giving Jermaine a sound that’s a little older and funkier than him. “Break Up to Make Up” combined the talents of both producers we’ve named so far, as they lay down the kind of quiet storm hip-hop funk that would be perfect for a collaboration between August Alsina and Mariah Carey.

As for the hip-hop vibe – if you’re into “combining several elements of hip-hop and R&B” then Jamie Jermaine is going to be your kind of artist. He doesn’t really rap that much though, except for the occasional cocksure boast to the females he’s in and out of relations with that they’re “f#!#in’ with a nigga like me/baby never met him like me … trippin’ on E, Molly on me.” So he’s got the right production, he’s imitating the right sound that’s hot on the radio and in the clubs, and he’s definitely talking about the right topics to get love from people who like this new modern R&B rap era of radio hits. It all feels like one big formula though – well polished and well executed – but formulaic and cliche all the same.