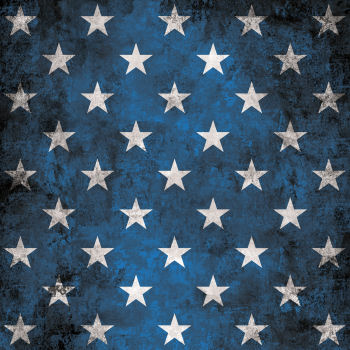 Apollo Brown done did it again. Argue all you like about his music sounding samey, but you now know an Apollo Brown beat when you hear one. He’s carved out a distinct sound and it’s helped launch/revive numerous rappers’ careers. The most notable (and arguably best) album was with O.C. back in 2012; “Trophies” was a breath of fresh air, giving a New York rapper a selection of Apollo’s finest cuts to sink his teeth in to. All on their own as well, which in this day and age is a respectable feat. Apollo Brown has had another excellent year in 2014, with his dope instrumental record “Thirty Eight” and the superb “Ugly Heroes EP”. Launching in October wasn’t ideal for Apollo and Ras, but “Blasphemy” has reminded us all why Ras Kass is one of the most revered lyricists in all of Hip Hop.

I’ve always enjoyed the man that calls himself Razzy Kazzy, whether it was his hyper-lyrical debut “Soul on Ice”, his song-stealing verses on Xzibit albums or moments where beats actually matched his rhymes (“Golden Chyld”, “Lyrical Swords”); there has always been an air of untapped potential about him. Part of that problem is the years that followed 1998’s “Rasassassination” without an official LP to his name – prison time, label politics and bootlegging all contributed. All things considered, I still recognise Ras Kass as the West Coast’s Pharoahe Monch, albeit without the stellar discography to back up that statement. Stick them both on a track though, and you’ll be hard pressed to pick a better emcee. With “Blasphemy”, Ras Kass is finally given enough dope beats to give him that album he’s not had in so long – a modern day “Soul on Ice”. It’s not quite as impactful as that debut from 1996, nor is there anything quite on a par with “Nature of the Threat”, but Ras Kass is showcasing his lyrical abilities with a surprisingly focussed collection of tracks that follow the theme of organised religion and sociology.

Before you slam your laptop lid down or roundhouse kick your smartphone, this isn’t one of those religious Hip Hop albums we all know and hate. If anything, this is an athiest’s dream, with the first track explaining “How to Kill God”. Ras Kass calls out numerous religious holidays that are celebrated incorrectly – the Easter bunny and how Christmas is a Pagan holiday etc. It’s educational, but stuff that most of us already know yet willingly accept. The problem I have with this song is that the beat is so barnstorming that it’s easy to overlook the rhymes – Apollo almost killed God with that instrumental. It’s not just religion that faces the wrath of Ras Kass; “Strawberry” talks about race, although it revolves around how Ras isn’t selective with his women. Essentially, a song is based on the fact that vaginas are pink inside, regardless of the color of skin that the possessor may have. It is typically Ras Kass, and while I admire the attempt to be clever, it doesn’t really work. “Giraffe Pussy” is another underwhelming effort, wasting Xzibit’s talents with a dumb hook of “gettin’ higher than giraffe pussy” – nobody needs visions of that, even if it is pink on the inside.

One of the more controversial aspects of “Blasphemy” is a line on “Deliver Us From Evil” that sounds like some nasty racism: “if you hate our color, I should let you know, there’s another place below under the ground where you can go”. That is the actual lyric, but it sounds like “if you ain’t our color”, which would have even the most pro-black emcee adjusting his collar. Much of the Bible bashing feels like it is done for shock-value which is the primary reason this isn’t quite the return to form somebody of Ras Kass’ calibre should be delivering. Nevertheless, a decent Ras Kass performance is better than most, and it falls to Apollo Brown to lift “Blasphemy” above many of those strong releases that saved 2014. It’s his more mellow contributions to the album that end up being the best tracks. “Roses”, “Too Much of a Good Thing” and “48 Laws (Part 1)” all give Ras the limelight with their more passive sounds, the latter even throwing in some nifty scratches. There’s actually a nod to the West Coast on “Animal Sacrifice”, a swinging track that sees Ras boastfully claim to be Kendrick before Kendrick – and that’s where Ras Kass may lose some listeners. He’s so obnoxious that he blurs the lines between tongue-in-cheek and just sticking his tongue out, leaving “Blasphemy” constantly intriguing as it carefully balances the edgy with the offensive. You genuinely don’t know what he’s going to say next on “Please Don’t Let Me”, a song all about wanting to do as much sinning as possible before they die, as long as they repent before they do keel over:

“I’ve got vices I like, like Vodka on the rocks
catch me at some Grammy party next to Jamie Foxx
I’m not marriage material, more like Hef
I got knowledge of self, I’m sorta Mos Def
except I’m a slut for a pretty face, bitch
young’un used to say I’ve got a lust demon trick
consequences in every lifestyle that you’re living
some rappers got herpes, the gift that keeps on giving
even worse than that
I’ve seen people go too far and can’t come back
straight guys tricked by transvestites, sick
be careful who you let suck on your dick
that bitch might be a boy,
I be frisking hoes in the club, I’m paranoid
I don’t exercise and that’s bad with black folks
hypertension, heart disease, heart attacks, strokes”

This is a hypocrite’s album, and we’re all guilty of being one. “Blasphemy” is a guilty pleasure, not because it’s bad, but because you’ll want to indulge time and time again, agreeing with much of what Ras Kass is saying each time. It’s blasphemy after all, just don’t get caught in church with this on your headphones.