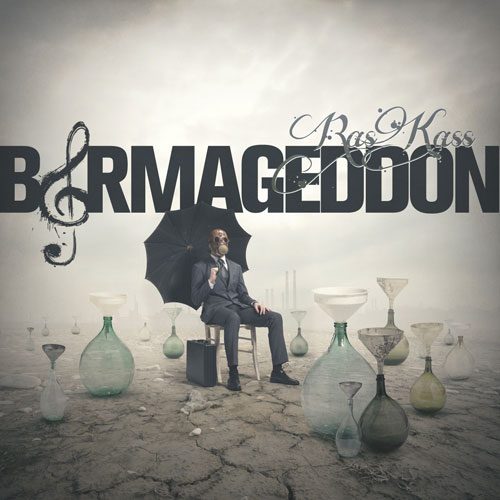 With the exception of Aceyalone, many would regard Ras Kass as the finest lyricist on the West Coast. That is of course open up to debate, but the rapper that affectionately calls himself Rassy (or Razzy) has certainly provided some of the most intricately delivered verses of his generation. “Soul On Ice” was an incredible debut, lavishly written yet musically understated (and despite some reviews, not as poorly produced as many like to think). I’ve always enjoyed Ras Kass’ verses on Xzibit albums in particular (“3 Card Molly” being the best) and I recall The Golden State Warrior project with Xzibit and Saafir that unfortunately never materialised. Their collaborations regularly stole the show on Xzibit’s albums and this increased exposure saw his third release, “Van Gogh”, heavily bootlegged and ultimately shelved.

The last ten years has seen regular output from Ras Kass, but each release has felt like a compilation of individual tracks rather than a focused project. “A.D.I.D.A.S” was an interesting release (his 2010 album) which seemed to embrace his underground icon status, combining it with some surprisingly good boom bap production. Much like MC Eiht’s “Keep It Hood” EP that came out earlier in the year, it’s nice to hear West-Coast emcees on production that isn’t stereo-typically West-Coast. “Goldyn Chyld”, produced by DJ Premier no less, is an excellent anthem that always felt like the West’s “Nas Is Like” and still stands as my favourite example of Ras Kass; tongue-twisting flow, ridiculous confidence and a healthy dose of metaphor.

“Barmageddon” dabbles with boom bap, but ultimately feels like another compilation of tracks rather than an album. It’s full of guest features, which makes sense when you’re making a record for French Montana, but Ras Kass is a lyricist. Granted, he does have some tracks to himself, but when they are club fodder like “Upscale Ratchet” and ANOTHER track based around the word â€˜cunt’, you can’t help but feel underwhelmed. There must be a fad in the USA right now with this word, as everyone from RA The Rugged Man to Wax are writing songs about it. The intro to “C U Next Tuesday” did make me laugh though, mocking the British accent (poorly) but including a nice jab at Tim Westwood. Yes, us Brits can’t take him seriously either.

That’s not to say that “Barmageddon” is a poor record, far from it. “Godz N The Hood” has Ras Kass sharing a mature, level-headed verse that is passionate and actually the type of verse I’d like to hear more from him. What’s more surprising is Talib Kweli stealing the show, but then after hearing “Prisoner of Conscious” it actually makes sense. Talib isn’t the only one that provides some great bars, as “Sometimes” is a cracking collaboration between Ras Kass and Monie Love. Ras sounds hungry and starts his verse by making the most played out topic â€“ hip hop being dead â€“ sound fresh. It’s just a shame that the hook is silly, the sort of material that happens after one too many drinks in the studio. There are some generic street tracks here that feature underground mainstay Agallah (“Coke Lines and “Come On”) as well as a pumped-up Guilty Simpson on the war-ready “Human Dog Fight”. For the most part, “Barmageddon” is everything we’ve come to expect from Ras Kass, for better or worse. For those wanting a bit of boom bap to nod their head to, there is “Sushi”, a track outlining how raw Ras Kass is, and each verse is full of his trademark multi-syllable rhymes using words that you’d think would be difficult to rhyme with. “Focus” is the most professional effort on “Barmageddon”, featuring a thumping beat (surprisingly by Focus) but inexplicably has a Kendrick Lamar verse that must have been recorded when he had laryngitis. Husky and difficult to hear clearly, it’s a shame it wasn’t quite the sum of its parts. And that sums up the majority of “Barmageddon”. For every display of lyrical dexterity, there is some inane gangster-isms. The production is good yet veers all over the place, throwing in a bit of everything yet not really excelling in any one sound.

It’s disappointing to see Ras Kass relying on his contacts so much. As great as it is to see big hitters such as Kendrick Lamar, Talib Kweli and Ice-T (!) appearing on a grimey, lyrical rap album, the record suffers due to a guest appearance on every other song. An emcee as experienced as Ras Kass shouldn’t need to share the mic so much, and unfortunately “Barmageddon” doesn’t display one of rap’s best loved artists at his most lethal. We all know Ras Kass can deliver the goods, and it would be nice to hear him release an album that challenged the listener as much as he challenges himself when writing. The last few albums have just been too comfortable, leaving Ras Kass at a crucial point in his career.