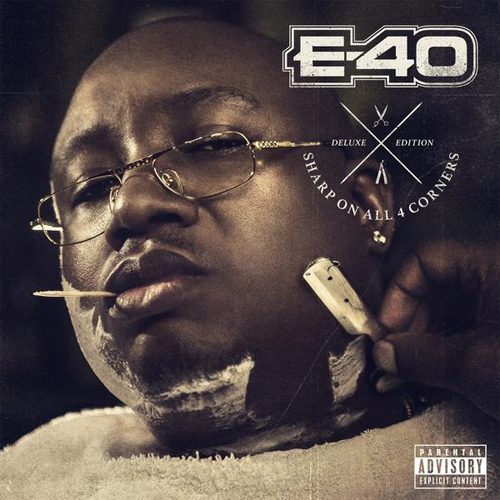 Lauryn Hill once calculated that “two MC’s can’t occupy the same space at the same time, it’s against the laws of physics.” But alas, rappers try to defy the laws of physics all the time. As soon as one has found a niche that proves successful, without fail others will try to force themselves into the same corner with the same sound, slang, wardrobe, visuals… Ms. Hill was obviously aware of the deviate nature of the music industry. Her argument was an artistic imperative directed at her peers, those blatantly foresaking their identity for success and those sincerely looking for a way to discover, express and preserve their identity.

But is that even something you can learn, to be yourself – and, moreover, to make yourself interesting to others? There’s a school of thinking very prevalent in rap music (and probably America as a whole) that argues that success is, to a large portion, due to things like work, money, connections, chance, etc. It’s a percentage calculation that usually leaves only a small ratio for that which comes natural to somebody, the god-given, the talent. Rap is full of hard workers and big dreamers, and they are all welcome, but sometimes we seem to forget that every artist, entertainer and entrepreneur has to work with something, and if that something is very scarce, he’s not going very far or going to last. E-40 would be the last to deny the importance of an unwavering work ethic and all the other ingredients for success, but he’s also a textbook example of what having talent, charisma, an unmistakable identity can mean to a career in rap. In 40’s case it means having been able to make rap his profession for 25 years.

Even his most die-hard fans won’t be able to tell apart every single segment of all the multi-volume projects since 2010’s “Revenue Retrievin'” series. The first two volumes of “Sharp on All 4 Corners” (released individually and also combined into a digital-only ‘Deluxe Edition’) break the dozen-album barrier, and given the 4-corners theme, number 15 and 16 are likely just around the… corner. E-40 albums released between 2010 and 2015, that is.

It’s not without irony that the release coincides with one of 40’s chance chartings, in support of Big Sean’s “IDFWU,” which even led to a live slot on the Tonight Show. E-40 himself tries not to be a stranger to the contemporary scene. He regularly records tracks that feature new talent and current producers that may materialize in radio and club play, for instance 2012’s “Function.” The newest seasons in the ongoing E-40 saga are not going to tamper with this recipe. Once more the albums contain tracks tailored towards maybe not the the latest trends but at least mainstream taste.

The outcome isn’t always entirely desirable. “Red Cup” with the somewhat random line-up of T-Pain, Kid Ink and B.o.B. contains imagery that makes Kim Kardashian’s ‘Paper’ photo shoot classy in comparison. In short, it’s just ass. (Not that it would have higher ambitions…) “2 Fingers” is more worthwhile, a get-back at an unfaithful lover which really belongs to Tha Bizness who realizes that R&B songs can change moods too and to singer Adrian Marcel who pours his heart out but doesn’t forget to send an F.U. afterwards. “Real Nigga” is 40 advertising himself as something more solid (“He probably look better than me / but I got a better personality”). E-40 knows his place. Still musically there are moments in his recent work reminiscent of L.L. Cool J’s catalogue when he tried to stay up to date with the flavor of the month.

But as usual with E-40, if he does one thing, it doesn’t mean that he neglects the other. If you don’t like hooks by the likes of T-Pain, Kirko Bangz and Ty Dolla $ign, he also employs legit crooners and of course his trusty (but hit-and-miss) hookman Stresmatic. For every club joint there are two or three old school throwbacks. A standout track, “Choices (Yup),” drives the point home that E-40 usually makes the right decisions. Not only that, his music always leaves the listener enough choices. The cameos from the younger generation are all around clever this time around while the familiar names mostly fail, still only an E-40 album will feature some of the first and some of the latest to pick up a mic in the Bay. (Especially Cousin Fik is always a welcome addition.)

The star of the show himself gives a performance that here and there could be construed as showing signs of fatigue. Saying, “My life is important and it ain’t never been borin'” is probably trying too hard, even for a rapper. In the same song he lists fellow industry personalities that share his birthday and members of his legal team. Running out of things to rap about, Mr. Forty? Then again, this is the same rapper who already two decades ago quipped in the recording booth, “I refuse to answer any questions without the advisory of my lawyer Mr. Baker.” E-40 intimates will instantly know who a song called “Three Jobs” is dedicated to. When he names the actual locations where his mother held her three jobs while she raised her children, it doesn’t get any realer in rap music. In the same vein, “Corner 1” closer “Family” talks extensively about how every family has its problems, contrasting the sentimental background provided by Clinton Sands and longtime collaborators Otis & Shugg.

Other songs aren’t as convincing. “Baddest in the Building” features “Detroit Vs. Everybody” alumni Dej Loaf, but despite the offer she makes no attempt to snatch the ‘Baddest Bitch’ title. The most interesting thing about “Sellin Dope Ain’t Fun” is the outro where 40 scolds the community for remaining dependent on the dope game. By the same token he continues to feed the drug dealer mythology by referring and reminiscing at length on tracks like “Bass Rocks,” “Heavy in the Game,” “Jumpin Like Mine” or “It’s the First.” You’ve heard those arguments times over, not only from rap in general but from E-40 in particular. Add offerings like “Playa,” “Bout to Pour Up” or “That’s Right” that are so cookie-cutter even the fact that they’re E-40 songs doesn’t make them any better, and you have a release that has very little new to offer.

Nevertheless 40’s mouthpiece saves him time and again, not simply in the stereotypical slick way of the game spitter but by combining so many qualities into one personality, acting as storyteller, buddy, preacher, therapist, survivor, etc. He continually strives for variation, even simulating people’s reactions to his music (“I listen to 40 cause he a voice of hope”) – without ever getting lost in some imaginary world. Self-conglaturatory statements are always seasoned with well-meaning advice. Take for example “Same Since ’88”:

“Only thing changed about me is my change
And that can fluctuate from time to time
‘specially when you investin’ in yourself
You can hit and miss when you flippin’ a coin or rollin’ a dice
Gamblin’ with your life instead of workin’ for the white
man… They be out there stuntin’ clumsy
Be a business man, use other people money
I’m a street nigga that just so happen to rap hella good
When I was flea-flickin’ I lowered the price and gave you a joog
I’m good in my hood, they love me, respect me outside of rappin’
I’m a good dude, I ain’t funny-actin'”

In the spirit of “Same Since ’88” a good part of “Sharp on All 4 Corners” is again hella Bayish, from dark, skeletal tunes such as “Programmin” and “707” to more melodic compositions like “Three Jobs” or “Money Sack” (which also acts as a Boosie welcome party). E concentrates on his fortes and he fares well most of the time. But no formula is fail-safe. For instance, he seems a tad bit too talkative for a sinister plot like “Knockin at the Light.” Conversely, “Give Me Love” sees him freak a disco background in almost freestyle fashion, resulting in a successful experiment. From a critic’s point of view, he should and could have taken more risks like that.

The place that E-40 occupies is all his. Nobody could take it. It’s a position secured by artistic uniqueness and staying power. How ever he found and formed his appeal from ’88 onwards, he certainly hasn’t lost any of it, despite spreading it over so many releases. In fact, his overwhelming discography is now part of the E-40 legend and puts virtually every single rapper who ever claimed hustler credentials to shame. If you get the feeling that it takes you a bigger effort listening to his music than it took him recording it, that’s exactly how it should be. Even as “Corner 1” and “Corner 2” aren’t masterpieces, E-40 is a master at what he does.