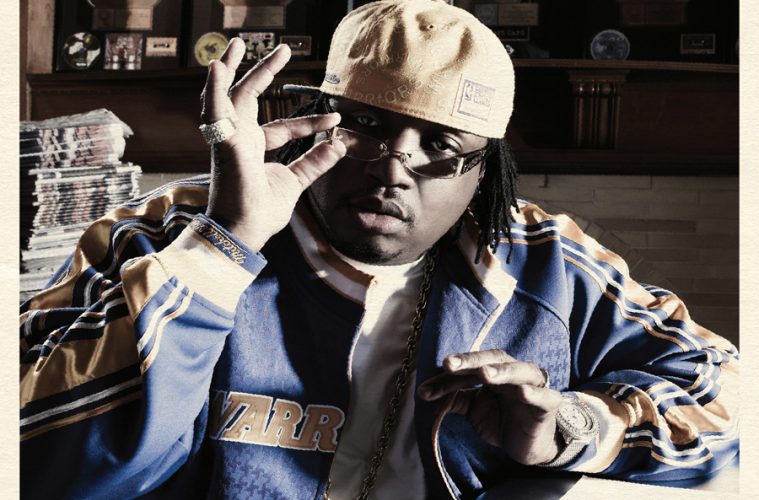 If there’s one thing I appreciate about Earl ‘E-40’ Stevens as much or more than any man alive it’s his HUSTLE. My background is absolutely nothing like his – there’s no way you can compare Vallejo, California to the heartland of America – and yet we both had to grind hard to be successful today. While Earl pushed tapes (and perhaps yola) I pushed a pen and did the legwork to get in wherever I could fit in. It’s been said of great athletes like Michael Jordan that they were a success because they “learned to love the process.” Practicing jump shots every day might seem awfully boring, but if you love that process you’re going to make the clutch shot when it counts with time expiring. Hustling is the same way. It’s not just about getting signed to a label and coasting – you have to rap every day, tour across the country, do interviews to support your album and network with the right people. You don’t just get in and win – you learn to love the process so you can KEEPwinning. That’s what separates the haves from the have-nots – ask Shawn Carter, James Todd Smith or Earl Stevens and they’ll tell you the same. No matter how tedious it gets you keep on hustling and you learn to love it.

So here we are, Earl and the critic, both on our grind for the last 15 and change. He’s still writing raps and dropping new albums, I’m still writing 2-3 reviews a week like clockwork for hip-hop and whatever modest amount I can bleed out of advertising on the website. Hustle hustle hustle. E-40 has been successful enough for long enough that he could phone it in, take a very long vacation, or simply retire altogether and live off his revenelles. No chance. “The Ball Street Journal” opens with “The Ambassador,” a track that not only reaffirms his top rank status in rap but states a motivation beyond the hustle – representing the Yay Area for the whole wide world. Two things about this song will give hip-hop heads an instant Kool-Aid smile – another Digable Planets sample (this time from “9th Wonder”) and a fat thumping Rick Rock beat for your enjoyment:

“I’m tryin to get my beak wet (beak wet)
I’ma let you shoot the dice and I’ma side bet
Still hongry, just ate (just ate)
Medallion same size as a dinner plate
The Bay ain’t been the same since I took a break
Where you been 40 (huh?) Buyin real estate
… I cain’t stop (I can’t stop)
Play me foul, fuck around and get mollywhopped
Just got my car up out the shop (out the shop)
What color you paint it pimp?! Apricot (apricot)
You might spot me in the function with a peacock
Wipin the sweat off my face, with a C-note!
They call me Uncle 40 Water (Uncle 40 Water)
The Ambassador, the top tomato (the top tomato)
And to you suckers tryin to hate (tryin to hate)
… 40 Water doin great!!”

I’m a little surprised just how much of this album I had heard before it even hit stores last week. Of course everybody knows the singles “Wake it Up” featuring Akon and the infectious Lil Jon crunk of “Break Ya Ankles” featuring Shawty Lo, but a much bigger chunk of “The Ball Street Journal” has been bumped in my trunk. In part I can credit this to being an (unapologetic) E-40 fan, so I’m always on the hunt for his new ish. In part I can credit that to a publicist at Audible Treats who hustles just as hard as we do. Most of all I can credit that to XM 66 Raw before they got unceremoniously yanked off the air by a merger with Sirius. They were without question the only media outlet I heard spinning the J.R. Rotem produced “Pain No More” featuring The Game and Snoop Dogg before this album’s release. Verses from The Game and Snoop Dogg make this a hip-hop heavyweight collaboration on par with “Swagger Like Us.” Here are some excerpts:

40: “I came from the bottom of the barrel, to everyday new apparel
From a shoestring budget, to mo’ jewelry than a pharaoh
Up out a place called Vallejo, house smaller than a hut
First city in California to go bankrupt”

Game: “They say money make the world go ’round, and since I’m worth 20 mill’
I wanna see this bitch spin like the rims on a Schwin
Hop on that bike, ride through the neighborhood
Compton on smash, the boys get cash”

Credit to the unnamed singer on the hook for making this song fly too, crooning his heart out about popping pills and drinking Henny straight. As noted though this is one of many songs from “The Ball Street Journal” I already know and love by heart. The old school influenced “I’m On One” has E-40 borrowing from both MC Ricky D and Public Enemy over a stripped down pounding Rick Rock block rocker. T-Pain produces and guest stars on “Give Her the Keys,” an up-tempo smooth flowing track that is sure to crossover to mainstream to a greater degree than the (much appreciated) underground singles. The dripping “40 Water” is what would happen if you merged Afrika Bambaataa, Lil Jon and DJ Premier in one blender and poured out a milkshake thick mix. Droop-E comes through on the hilarious “Poor Man’s Hydraulics,” where instead of hitting switches you “punch the gas” and “hit the brakes” while “the amps is making the woofers pop” on a “fully restored, 70 Cutlass with a stick in the floor.”

Guest appearances aren’t in short supply on “The Ball Street Journal.” Too $hort joins in the love of Yay Area and fine females on love on “Sliding Down the Pole.” Bun B and Gucci Mane join E-40 on “The Recipe” to explain how you get from powder to hard white, so to speak. Kinfolk Suga-T and B-Legit bring The Click together on the Bosko produced “Pray For Me” and even the legendary Ice-T can be heard on the track “Earl.” There aren’t many people who could pull this much talent together in support of one artist on one album, butMy Ghetto Report Card” came out – an album which probably pushed the hyphy movement too hard to 40’s own detriment. I’m not saying 40 doesn’t still bounce, dip, scrape and ghostride the whip while getting to’ up – it’s just that this album’s lyrics feel more personal and conversational. 40 is talking about his life, his turf, his muscle and his hustle to narrate the life of a “Ball Street Journal” tycoon and it works for me. Long-time E-40 fans and newcomers alike will be pleased by this release.