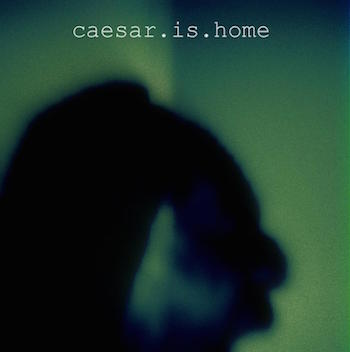 There shouldn’t be any reason for you to confuseroyceBIRTHwith Royce Da 5’9″, but just in case you got it twisted the former is from Toronto and the latter is from Detroit. The former is a relative rookie in the rap game, while the latter has been an underground (and occasionally mainstream) rap favorite for the past 20 years. The former is self-produced and mastered, hustling every part of his presentation by himself, while the latter works with the hottest producers in hip-hop on a regular basis.

It may seem an insurmountable climb for royceBIRTH to ever achieve the fame of the man a few inches short of six feet, but don’t count royceBIRTH out so quickly. Going back as far as 2008 royce has successfully proved that he can crank out the jams for other artists, making him a producer in demand in his own right. The success of royce in 2015 revolved largely around whether or not he has shown growth as a lyricist since the release of “the REBIRTH,” and “John Carlos” is reason to be optimistic.

“Reload and bring it hard, supercharged
Dolo by my own, known to drill a squad – kill at large
Rock to my own drums still as I fill the bars
Now ya gon’ feel that rhythm, plus it got the barge
I ain’t gon wish or wait, no delayin him
Bane with the bomb out, detonating a stadium
Elvis was a hero to most, but we deaded that
P.E. +Fightin the Power+ in my ready stance”

royce pairs his political polemic with pounding percussion worthy of Jay-Z’s “99 Problems.” If one was to say he was inspired by Rick Rubin as he “rocks to his own drums” it wouldn’t be a bad choice of producer for him to emulate, nor would it reflect poorly on others to imitate him. He knows what he’s about on jazzy mood pieces like “Hail Caesar (The King Must Die),” old school 1980’s throwbacks like “#1 Soul Brother,” and eerie whistling melodies like “Ownership.”

One of royce’s most pleasing choices intentionally or otherwise is his lack of guest stars, with only Relic making a cameo on “The Shining.” Too often these days you don’t get to know a rapper, you only get to know who his friends are that either put him on or that he himself is putting on. royce is content to let both his beats AND his rhymes speak for themselves. It’s that confidence plus his ability to punch up hard hitting drums that make tracks like “Believe” a winner.

It would be overstating royceBIRTH’s case to give this an unqualified endorsement. I did enjoy “Caesar Is Home” on the whole, but there were minor exceptions to the rule throughout. “Not Afraid to Die” went for a hard rocking sound full of vocal distortion, but it ends up sounding like it was recorded on an overused reel to reel tape stretched too thin. “Agitation” overdoes it on the cymbal smashes to the point it gives me a headache. There’s nothing technically wrong with “Feel Like Doing Wrong” – I’m just not that into hearing royce sing. On the whole it’s fair to say he has grown as an artist, while also stating that he’s handled the challenge of being self-produced quite well.