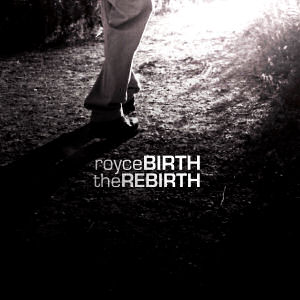 Quick, name all the rapper/producers who are equally good at both. Having trouble coming up with any? Same here. Almost every rapper/producer is better at one craft than the other. Madlib and Dre are both brilliant producers and mediocre rappers. Black Milk is a better rapper than either of them, but his rhymes don’t quite equal his beats. The RZA has always been one of the weakest MCs in the Wu: he’s fine for a bar or two, but his solo albums prove that his greatest strength lies behind the boards (or maybe behind the camera).  Even the late J Dilla, who has been canonized into the hip-hop pantheon, was never brilliant on the mic. So what does that leave us? El-P, Q-Tip, and maybe Kanye West as exceptions to the rule, and to be honest I’ve never been a fan of Kanye’s rapping. The point is that you can be a great rapper or a great producer, but it is very rare that you are great at both.That’s not stopping Toronto MC royceBIRTH from trying. “TheREBIRTH” is his debut album, 17 tracks of heartfelt rapping over his own production.

Let’s start with the positive: royceBIRTH is a solid producer. His beats are soulful and musical, and he gets some nice drum sounds. He seasons his beats with dashes of piano and acoustic guitars to create beats that are as soothing and uplifting as the lyrics royceBIRTH is putting across. The record sounds nice from start to finish.

He isn’t quite as successful as a rapper. The album opens up with “Ankh (Yesterday),” with royceBIRTH rapping:

“Yesterday was the past
No longer holding onto the age of yesterday
When I only see today
From the words that I say, And the actions that I take
to the moves that I make, even if I make mistakes
Going to levitate the dead, and speak in new directions
Beyond talking to the massâ€¦
I’m talking to myself
For yesterday is gone, and the past is a memory
I’m looking for my genesis, and exodus clearly seen secondary
All means necessary”

That sets the tone for the album. A little spiritual, a little self-help, and incredibly sincere. Song after song follows the template of royceBIRTH rapping about how he is going to overcome adversity and be the best he can be.

“I want to get up for the cause
Revolve myself around good folks, new times, move on
To the non-believers, one day I’m going to prove them wrong
Change the way I’m living. Don’t care what you think
I stand on my own, not afraid. Time to live (to get my morning glory)”

On “Brand New” he offers a slight variation on the theme, rapping:

“I wanna wake up with a feeling like thi
To know that my gifts do exist
For myself, I believe I can change
And my work goes never in vein
Yes
To think progressive, be the best
No question
Forget the past negatives
Take direction of the life that yall wanna lead
Andâ€¦I confess it ain’t easy as it seems
Be the inspiration, definition of success
Ain’t nothing wrong with being who you are
Show your intellect”

He says on his Bandcamp page that “This album is my journal.” That speaks to the main problem with “theREBIRTH.” The lyrics would be great as journal entries describing a highly personal and individual experience, but there isn’t much that the listener can relate to. It’s a guy describing his issues his struggles, with little effort to make it relatable to anyone else. It’s great that royceBIRTH is trying to find himself, but why should I care about it, much less listen to him rap about it over seventeen tracks? Add to this the fact that he isn’t a great rapper to begin with. Much like the RZA, he can hold his own for the song or two, but not an entire album.

RoyceBIRTH’s message might resonate with hip-hop fans who are more empathetic me, but I found that for all its good intentions, “theREBIRTH” failed to draw me in. That said, the combination of strong beats and royceBIRTH’s likable honesty make “theREBIRTH” an above-average effort that some listeners might connect with.