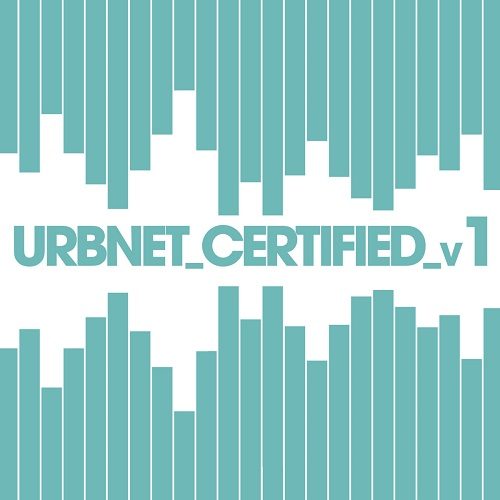 Hip-hop scenes outside of America seem to be more unified. This does not mean that international hip-hop scenes shadow their artists under one, distinct style; it means that all types of artists with different styles belong to the same movement. American record labels tend to target their product towards subgroups within a larger hip-hop audience, international labels and scenes create hip-hop in all shapes and forms for their smaller, hungrier audience.

Take URBNET for example. URBNET is a record label that has a diverse range of Canada’s finest hip-hop artists, from D-Sisive to DL Incognito to Arabesque, all with different ways of skinning a song and making it sound pretty. URBNET has been around for awhile, putting out albums and compilations to keep Canada’s hip-hop scene running, and “URBNET Certified Vol. 1” is URBNET’s sample platter of their 2012 releases.

The compilation can swing from spoken word with avant-garde production to ghetto laments with a soulful backdrop in the blink of an eye. It’s a true “sampler” in every sense of the word, with different tastes and methods used with each song. The end result can be off-putting to those who prefer a certain type of hip-hop, but more eclectic and open-minded fans can enjoy the refreshing pace in which the album switches stances.

The compilation begins with Ian Kamau’s self-produced “The Village”. Kamau produces a slow-tempo with a medieval-like synth loop and tribal samples to create an agrarian feel for the sound. Kamau is half-rapping, half-spoken-wording, and breaks down his innate connection to the villages of his ancestors. The “village” he’s speaking about is both the villages of his Trinidadian parents and the “village” of his neighborhood in Toronto. It’s a deep song that’s well crafted. The beat might take a few repeats to get used to, but it has a beauty that’s hidden in the simple push of the synth.

The album switches gears with a more polished sound. Arabesque (Besque for short), Monkay, and Anonymous team up to create “Not Enough Love”. Monkay cuts up some old-school samples to create a soulful background, and Anonymous adds some well-placed cuts to give the song a classic feel. Besque isn’t a heavyweight behind the mic, but he gets creative with his lines like “Lip-stick on my forehead to +make up+ my mind, ask corduroy pillows the way I make +headlines+”. Next up is another 180-degree exorcist headturn, with Motem’s “All of the Above”. I think this track is self-produced, which would make sense. The beat sounds like an old European 80’s pop track, made entirely with synthesizers and an off-kilter cadence. Motem doesn’t so much rap as he speaks and sings poetry into the mic. It’s a song that wouldn’t be out of place at an Urban Outfitters, and while I’m not a total fan of this type of sound, Motem’s not a bad songwriter/poet (the English major in me gave this song a pass).

Def3 comes afterwards with “Real Talk”, composed with a classic, jazzy beat produced by Hannibal King. Def3 has a smooth flow and rides Hannibal King’s production with ease, and while he doesn’t get as creative as Besque, he encases his lines with better schemes and has overall better content. This is one of my favorite songs off the compilation. The other is “Passing Me By” with Cityreal featuring Wes Mackey. Cityreal produces this joint on his own, borrowing the spiritual blues strings and pipes of Wes Mackey and combining it with a gritty drum track to set the table for his own soulful laments. It’s a well crafted song that deserves exposure.

In all, the entire compilation showcases talent that ranges from above-average to great. D-Sisive’s “Jolly Good Fellow” is a nice “day-in-the-life-of-a-rapper” track, Fatty Down’s “Sippin’ a Beer (Remix)” featuring Evil Ebenezer and Kyprios is a light-hearted ode to brewskis, royceBIRTH’s “When The Music Stops” exhibits some of the best lyricism on the compilation, The Happy Unfortunate’s “89 Vibin” borrows some ATCQ flavor to showcase why they love making music and entertaining people, and The Lytics close things out in a fun and bouncy way with “I’m Here”. In between, a couple of producers get their chance to bring the light to their work behind the keys, with Factor composing a badassick track with electric guitars and horns in “Club Soda OG” and Dirtybird Beats providing an off-kilter sound in “A Little of Somethin”.

If there’s anything I noticed, Canada’s hip-hop may be a few steps behind when it comes to trends driving hip-hop in America. The verses don’t have as many one-liners and the production is still pretty organic compared to the new albums coming out today. I don’t think of it as a bad thing, but some people might think the sound is dated. However, in my opinion, “URBNET Certified Vol. 1” is a great sample to introduce one’s self to hip-hop across the (northern) border, and it shows that URBNET has a solid stable of artists to build on for 2012.